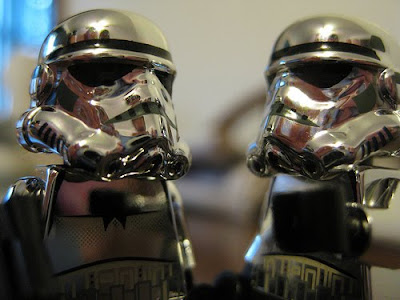 I love getting new shit. Even if I don’t need anything, there’s something cool about getting stuff sent to me in the mail. I guess it’s kinda like being a kid at Christmas, except that I can celebrate all year.


A package showed up here at the B-43 Worldwide Headquarters da udda day: 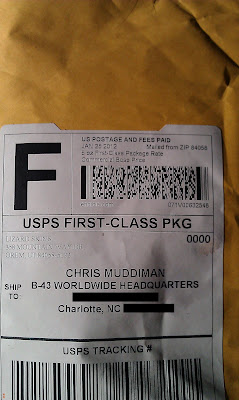 After a full season of wearing shit out, it was time to get something new. You can only wash smelly things so many times before they become immune to it. 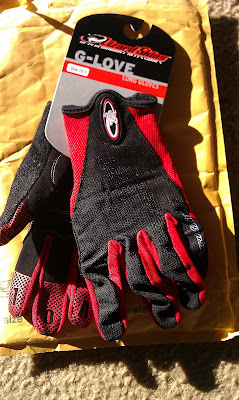 New gloves, and they are the cat’s ass. I’ve been wearing Lizard Skins gloves for quite a few years now, and I can’t see that changing any time soon. When I spotted the new G-Love gloves on the website, I just had to have them. They are very comfortable and lightweight, and of course I dig them because they are red. I like red. Reminds me of kitties. 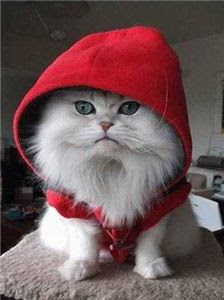 No product review is needed, because you really don’t have to like the same shit as I do (but you should.) If you must have a review, then check out what Mountain Bike Action had to say about them.


For some reason they don’t show any gloves on the Lizard Skins website at the moment, but I’m looking into the matter. They recently did a makeover and made it all fancy schmancy, so I’m sure that the gloves fells through the cracks. Either that or I have the last pair in existence.

I also got some cool new bar end plugs for my single speed: 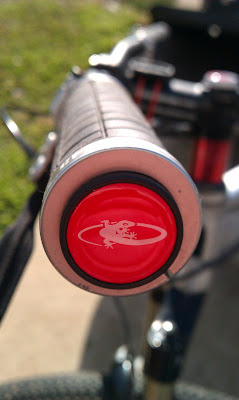 And a bunch of stickers for my beer fridge: 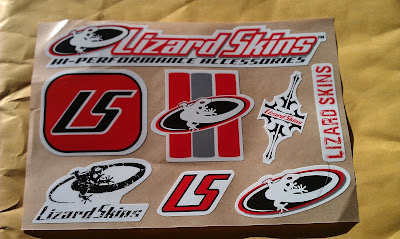 Speaking of new shit, I did a little shopping at the race on Sunday. One of the local race teams obtained a new tire sponsor, so they were selling the old (yet new) stuff on the cheap. It just so happens that I only ride the stuff they used to ride. Confused? Good. 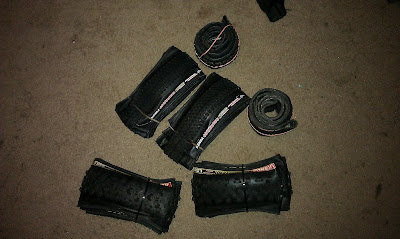 While I don’t have any affiliation with Kenda tires, it’s the only tire I like to ride. Mostly because I am a creature of habit, and probably because I’m too afraid to try anything else. I got some great bargains on spare tires, and this way I can ride the shit outta them and never worry about not having replacements on hand.


In other news, we got rid of one of the bikes in our stable. 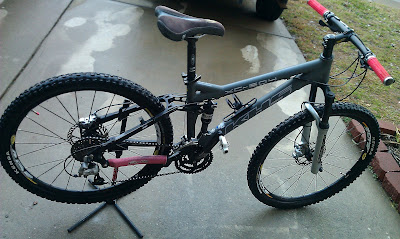 Yup, Little Miss Sunshine’s little-wheeled squishy bike has moved on to greener pastures. She’s decided to never again ride small wheels, so we sold it to someone who will put it to good use. She’s already taken the money and got herself a single speed frame. Last night she ordered a dissent AL Singlespeed 29er from Misfit Psycles. She test rode one on Sunday and seemed to like it.


The good news for me? I get to build another bike.


Now if only Lunchbox and I can get rid of our “other” bikes so we can get more new shit.
Posted by TheMutt at 8:13 AM