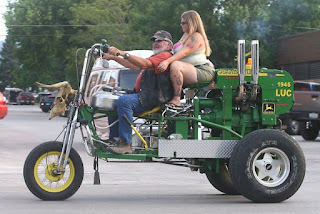 This weekend in an attempt to do something fun and different, I’m heading down to the Lowcountry to “race” in a six hour event. 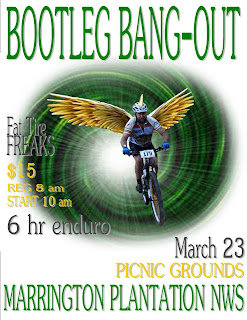 The Bootleg Bangout put on by the Fat Tire Freaks (couldn’t find a legit web page for them) will be my next event.  While it may seem like a pretty far drive down to the area for a race, I won’t do it alone.  Aside from my trusty co-pilot Lunchbox, it looks like a whole mess of folks from will be heading down there.  The Space Cowboy told me da udda day that he was going, and we will also be graced with the presence of some Total Cyclist MTB team members including the MadSS and Chris Dubya.

So yeah, all of us hillbilly folks are rolling down to the Lowcountry to ride their flat, rooty, and sandy trails, and hopefully we can show them a thing or two about “mountain biking.”  Since there are no mountains to speak of, the fourteen mile course with a little over 130 feet of elevation gain shouldn’t be a problem.

That’s why I got in touch with Endless Bike Co. to get another cog for my single speed.  Since they didn’t have any five toothed cogs (which is more than any hillbilly has in his head), I went with something a little more practical. 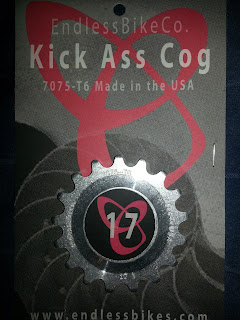 I have a feeling that I still might spin more than I would like to though.  Over the course of six hours, it might be okay.  I’ll probably regret it, but that’s how it is when you ride a single speed.

“Run what you brung”, the old adage goes.


It will probably just make me angry, like all the rest of the single speeders.

I hope those Lowcountry people are ready for us hillbilly folk.

And I hope I’m ready for six hours on a rigid single speed.