We Left The Swamp, But Not The Critters 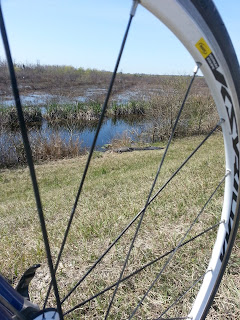 After leaving the gravel road through the swamp in the Savannah National Wildlife Refuge, we headed back onto the main road.  The visitor’s center was just up the road, so we didn’t have far to go.  Even though I didn’t want to leave the sunny banks and my alligator friend, we had to because there was still over twenty miles of riding left to do.

When we pulled into the parking lot, there was some kind of shindig going on.  There were tents set up outside, and kids milling about.  We walked inside to look at the standard nature building stuff (fake animal exhibits, gift shop, restrooms, etc.) and we were pleasantly surprised.  Whatever was going on outside was going on inside too.

We walked into a room full of live swamp critters, with people there to tell you about them.  I noticed that they had a couple of baby alligators, so I thought that Little Miss Sunshine might want to see one.

When I turned around to tell her, I saw this: 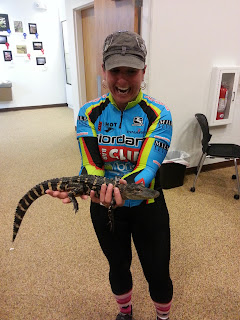 That face cracked me up.  As in, “Holy shit, I can’t believe I’m holding an alligator!”

It was her very first time, and I didn’t realize how excited one could get holding a reptile that could snap off a finger in one (really quick) bite.  That little guy’s name was Jake, and he really seemed to like being held.  His mouth wasn’t taped shut, and he never once tried to bite.  That’s surprising given how excited the little lady was.

I’ve told you before that I’m no stranger to these lovely reptiles, so at first I didn’t really feel the need to hold him.  Been there, done that.  It was Little Miss Sunshine’s time to enjoy, and I didn’t think it was polite for some former boy to steal her thunder. 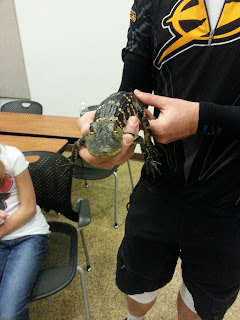 He was just too cute.

After hanging out there for way too long (again because we were playing with alligators), we hit the road.  We went back to a different way, and it was kinda boring (aside from the big wind gusts and heavy traffic) on that desolate stretch of really flat road.  Eventually we saw a challenge up ahead in the form of a climb. 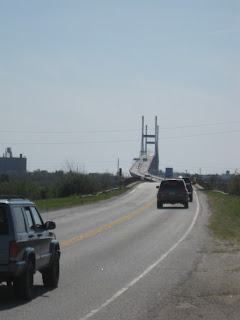 I have this irrational fear of big ass bridges collapsing into the water, but for some reason it didn’t bother me while I was on the bike.  Just to be sure though, I let the little lady lead the way. 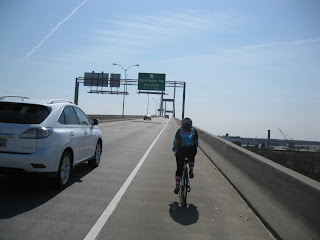 We even stopped for a spell up top to take it all in. 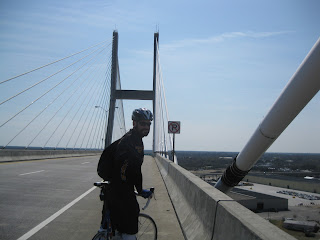 After a fast descent down the other side of the bridge, it was a nice ride back to the hotel.  We were out half the day, and had much better views of everything on the bike than we would have in a car.  After resting up and drinking a few beers, we were ready to hit the town again…

This time on foot.

We did a “ghost tour” of , but it was basically a pub crawl.  We started at an Irish Pub, took our “to go” beers and walked the streets with a drunken crew of ghost hunters.  They encouraged us to take lots of photos so we could catch some ghostly images, but I didn’t see shit. 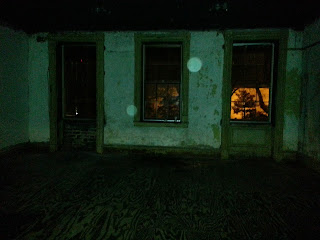 Wait, what are those spots?  Could it be?  Nah, it was probably just the camera flash.

Maybe I didn’t drink enough beer.  At least there was plenty of that though. 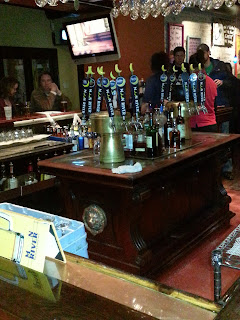 It was nice to get away for sure.  Riding bikes, playing with alligators, drinking beer, and chasing fake ass ghosts was a nice way to spend a couple of days.