The little lady took off for the hills to camp and ride Pisgah with the Dirt Divas over the weekend.  That left me unsupervised again.  As much as I like having time to myself, I didn’t know what to do this time.  I had a few loose plans that were coming together, but when she left the house Friday evening I just sat there.  Lunchbox took off with his friends, and other than the pets I was all alone.  I’d already opened a beer (of course), but other than that I was lost.

Too lazy to go anywhere, I ordered a pizza and sat around watching a movie.  It would’ve been relaxing, but I realized that Carl doesn’t like the loud movie effects coming from the surround sound.  He eventually calmed down and I was able to finish the movie.  That killed about two hours, and by then it was getting too late to make any sort of plans.  I ended up playing my guitar for a couple of hours, which also confused our new Rottweiler puppy.  He kept trying to lick the strings and eat the pick.  FML.

Again, he calmed down and I was able to practice for a while.  I realized that maybe Carl needed a day out, so that was my plan for the next day.  I woke up early and went to a previously scheduled massage appointment.  After that I loaded up that big, goofy dog and we hit the road.  He was happy to hang out with me it seemed. 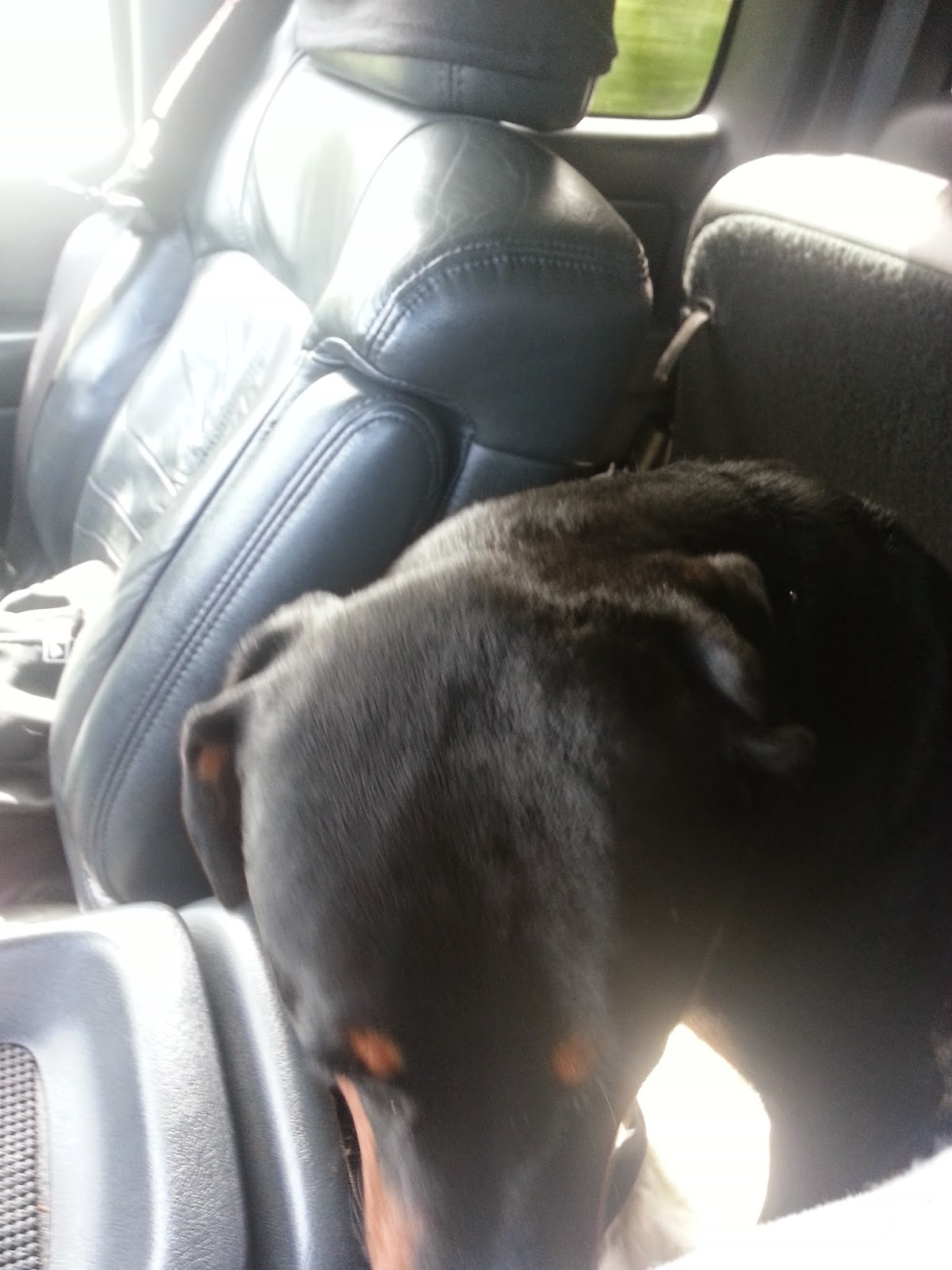 We went to one of the local pet store supermarket type places to let him shop for a bit (and sniff all the other doggy smells.)  This particular store had a neat selection of Star Wars themed pet stuff, and it was all I could do not to buy him a Chewbacca costume. 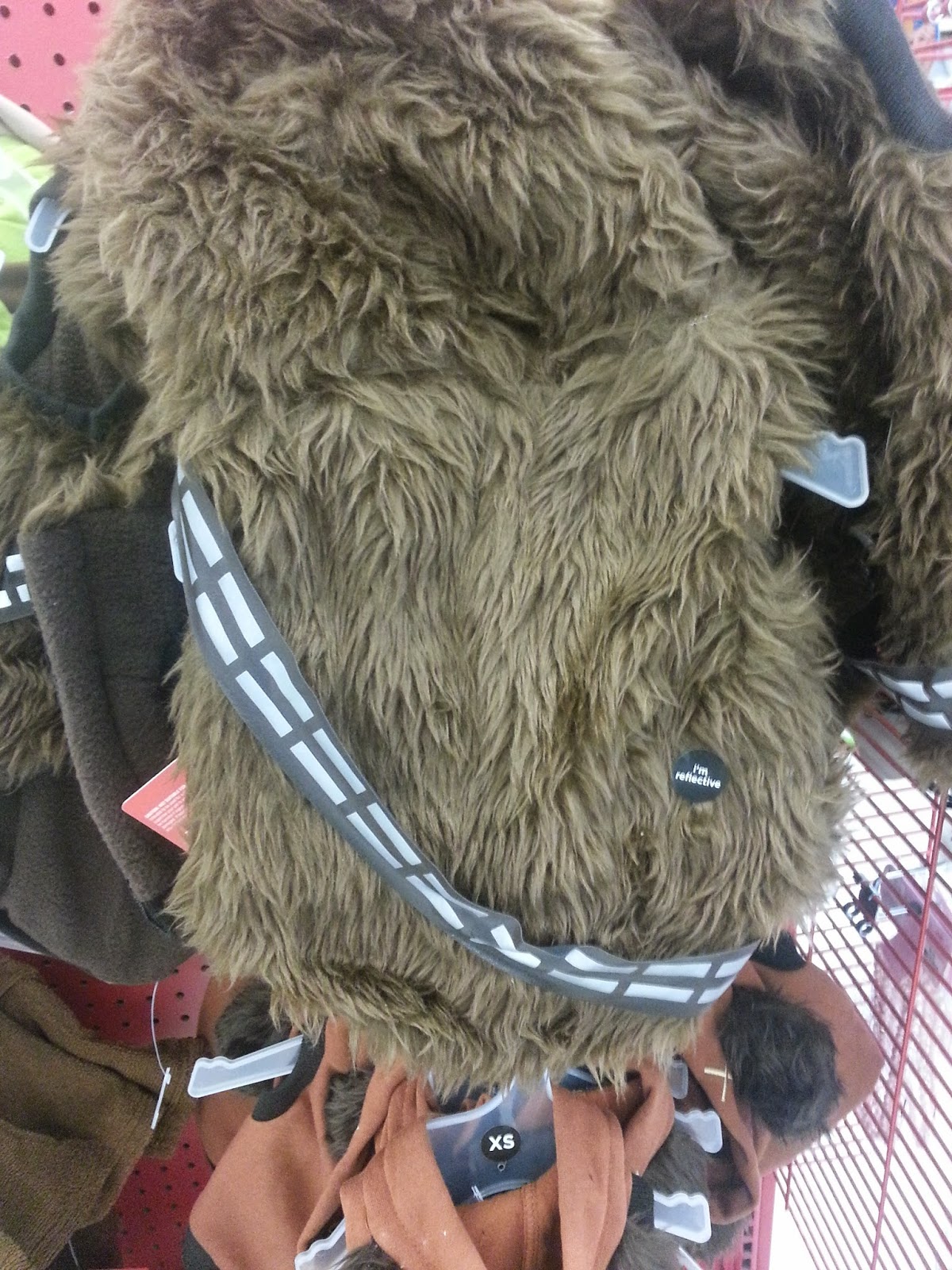 I did let him pick out a toy, but he couldn’t play with it until we got home.  I’m an asshole, I know.  I also wanted to get him a brand new food dish, but I didn’t like their selection.  We went to another pet store; he sniffed around, made some new friends, and got a new bowl. Satisfied that he’s had enough pet store action, we took off to my local bike shop, The Cycle Path.

Carl walked right in and made himself at home. 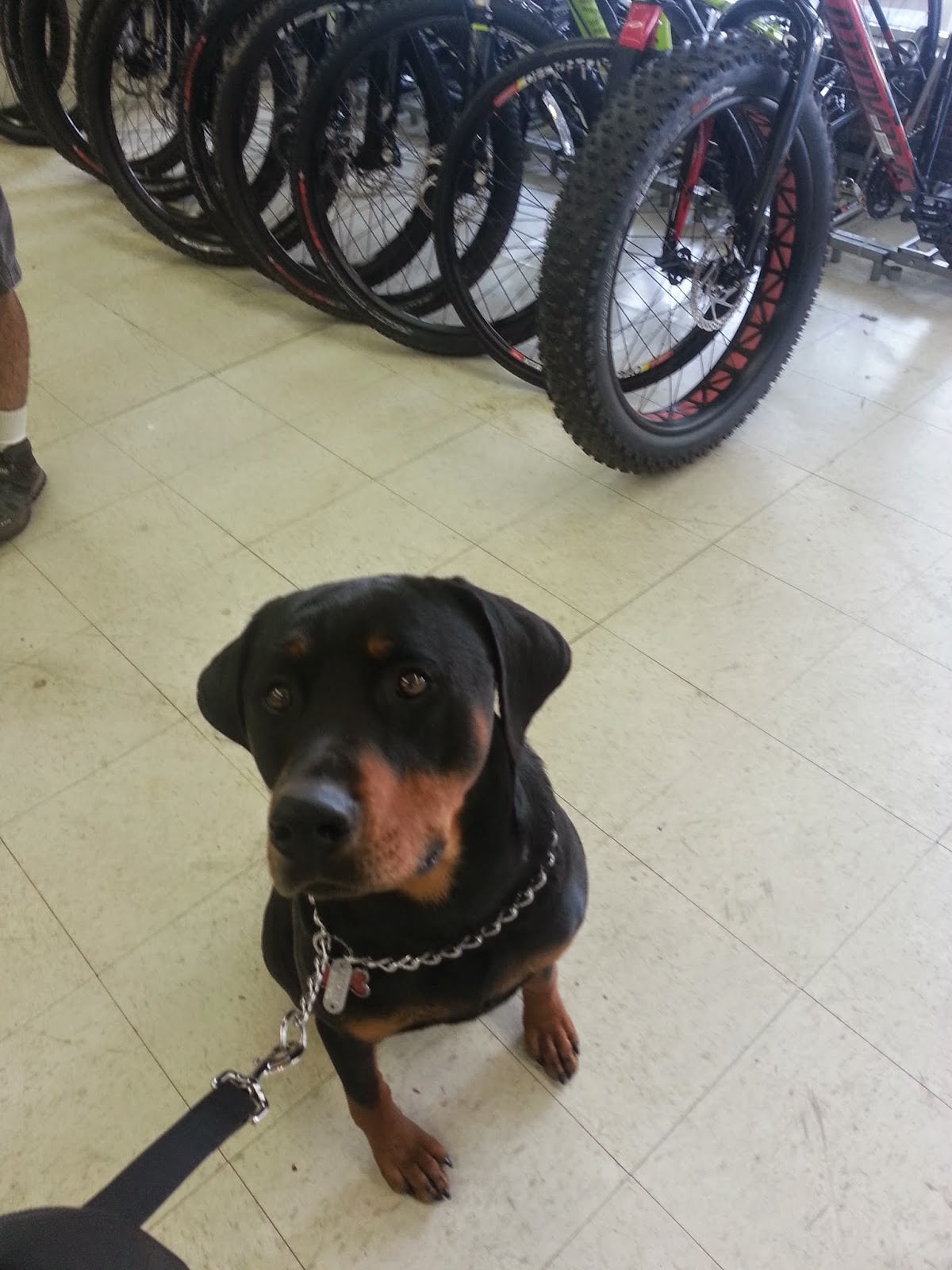 He really had a great time in there.  The shop folks treated him well (and gave him treats), and he loved all the attention from the customers.  Dogs are welcome there always, and I’m pretty sure Carl can’t wait to go back.  We spent a few hours in there, but since I’d made plans for later in the day we eventually had to leave.  Just before we left I grabbed a bucket of old parts they had been saving for the little lady’s thriving business. 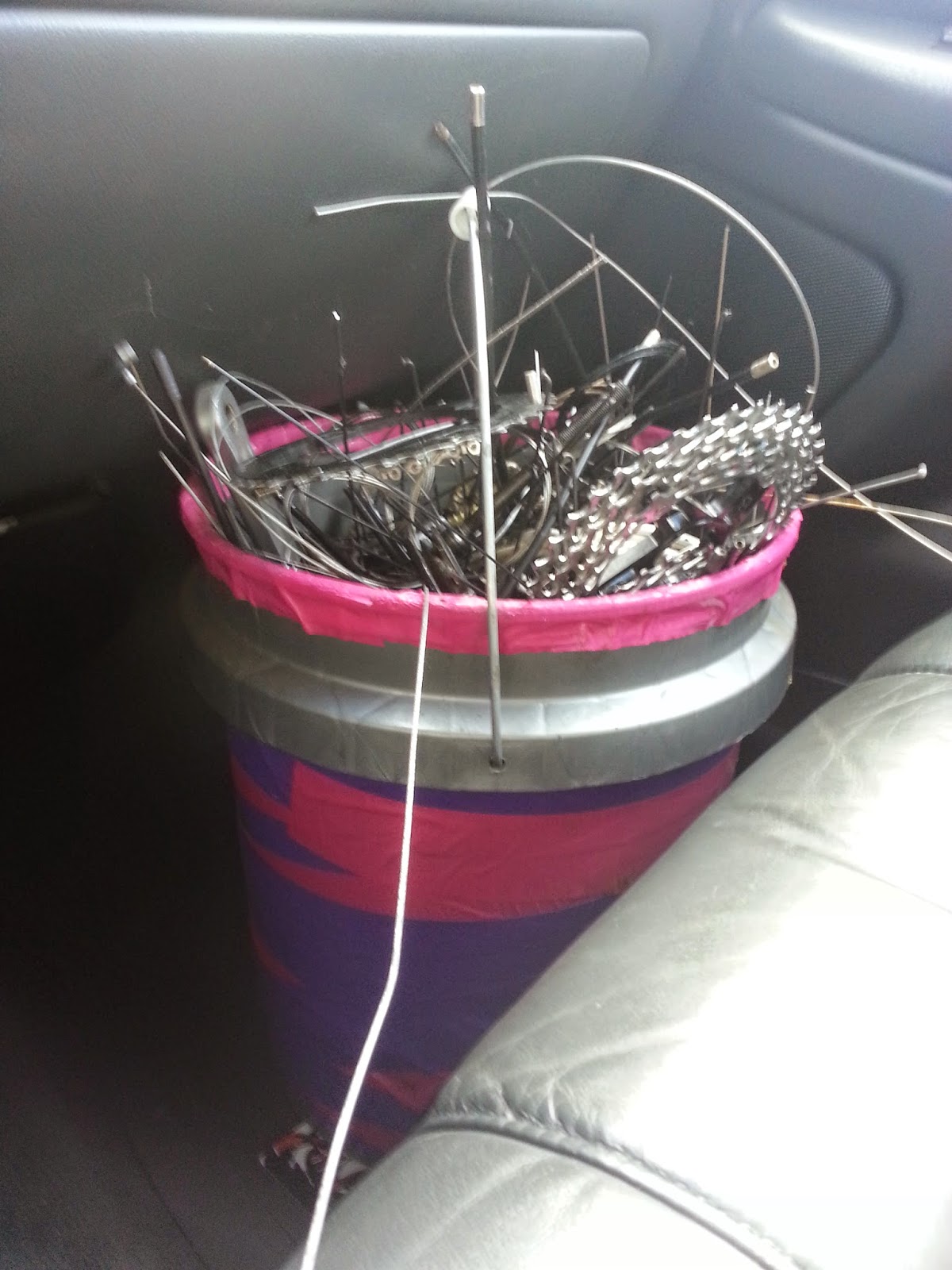 We got home and Carl got his new toy.  He seemed to really like it (and now we know why TK-421 wasn't at his post.) 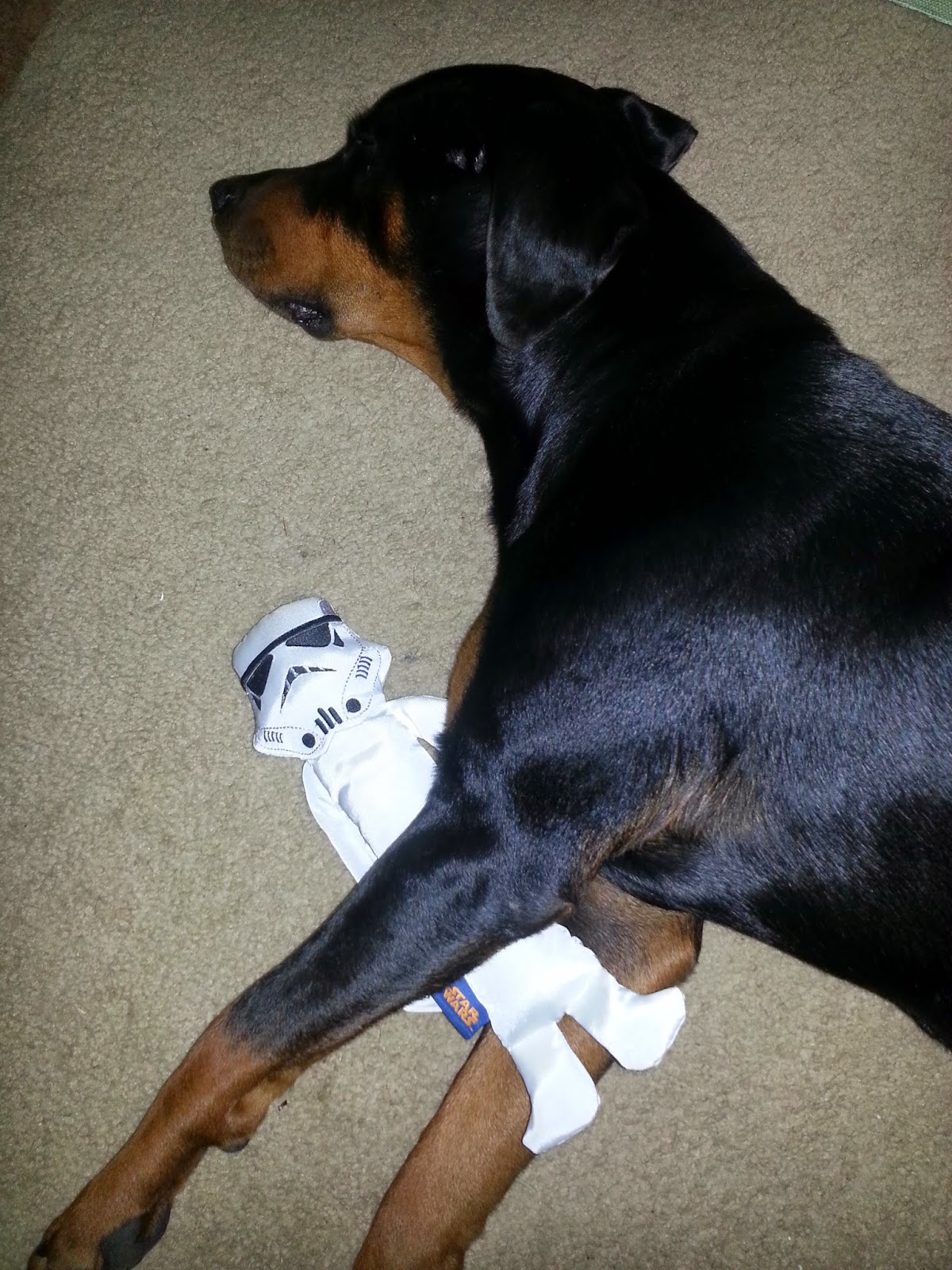 He played for a while, but I think his big day wore him out. 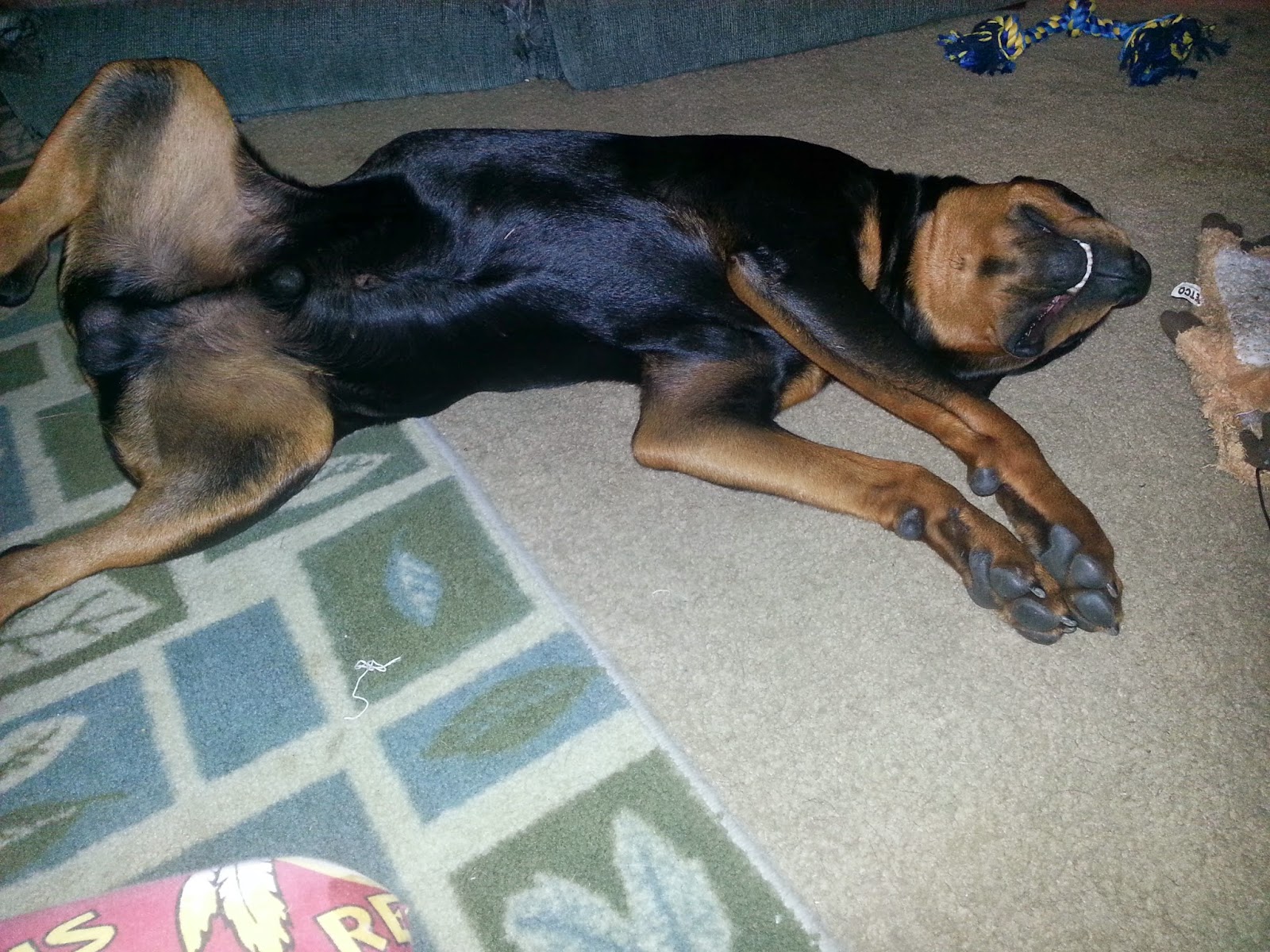 Saturday was just me and Carl running the roads and having fun.  It’s been a week since he came home with us and I think he’s adjusting just fine.  Thanks to him I had a pretty cool day, even if it didn’t involve beer and bike riding.  The rest of the day I left him home with Lunchbox while I took off to see some friends.

More on that tomorrow…
Posted by TheMutt at 9:01 AM