The little lady is quite the crafty person.  She takes old bike parts, and with a little welding, paint, and magic she turns them into works of art.  She recently completed something moar awesome than the stuff she normally does.  This project was special, since it was a gift for someone we dig.  If you are on The Facebook, then you’ve already seen this.  If not, that means you may not even know me (or her) in real life.  Go away, creepy stalker.

Anyway, she took a trip out to da udda day to deliver something to Shane, HMFIC at DeFeet International… 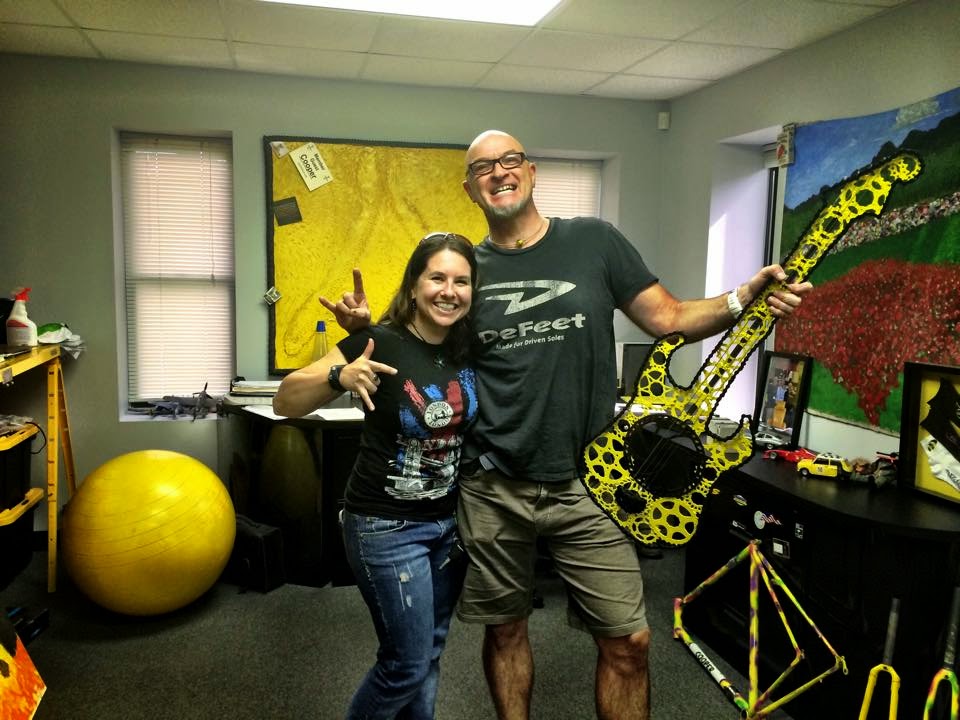 Pretty damn awesome.  You can’t really play it, but it’s one helluva work of art (and an interesting conversation piece.)  He was so stoked to have it, just as she was to give it to him.  He’s been really good to us at here B-43, and she thought that would be a great way to show her appreciation.  She’s been working on it for months, and it’s been all I could do to keep from spilling the beans.  A few people here and there got to see it, but they kept it a secret so the surprise factor would be high.

I helped a little with the design, but mostly I just stood around, drinking beer and saying, “Yep, that looks good.”  Well, that and I did test it before she took it out there. 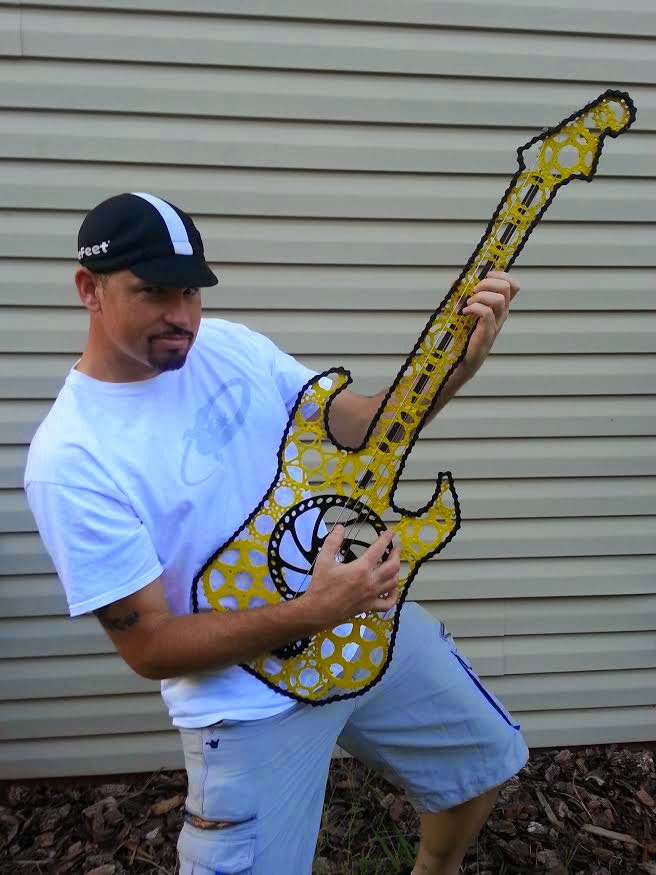 I rock too, just not as hard.

It’s truly a one of a kind work of art, and I’m really happy to see it go to a good home.  If you ever make you way out to DeFeet headquarters out there in the foothills, check it out.  And no, she won’t make one for you.  Well, maybe she will, but I get the next one if she decides to do it again.

She’s getting really good with this recycled bike part stuff.  People are flocking to her to get some cool stuff and local shops are donating used bike parts faster than she can keep up.  Half of the garage is now devoted to her craft, and although it gets crowded sometimes, I dig it.

I’ve put up some of her creations before.  If you want to see more of it, check out her Facebook page

Our big ass puppy, Carl, is adjusting well to life with his new family. 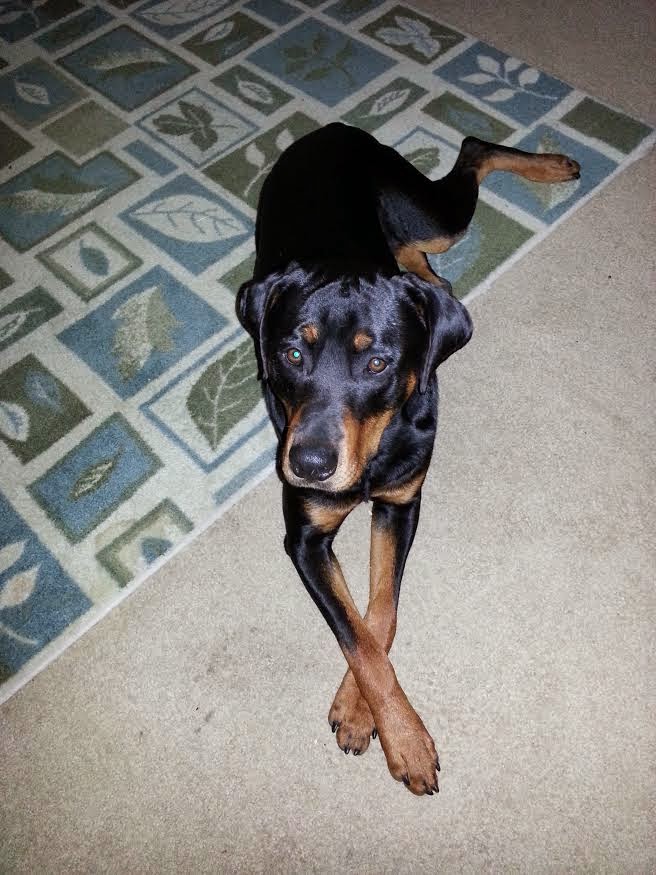 He doesn’t realize that he’s a puppy, so he keeps knocking shit around when he trots though the house.  He got a checkup at the vet’s office, and he’s been given a clean bill of health.  They noted that he may have spent way too much time in his crate before we got him (just as we suspected), but that won’t be the case now.  He gets plenty of love, attention, and most importantly, exercise.  He’s a happy dog, and he’s made our house a lot more fun (and interesting.)  I actually look forward to coming home to him every day.

I guess that’s it for today.  At least this wasn’t day four of our weekend crap and nonsense.

You're welcome.
Posted by TheMutt at 8:25 AM