Left To My Own Devices

I don’t do well when I’m unsupervised and without some sort of plan.  I knew I wanted to head to the hills over the weekend, but I had no idea where.  I sorta thought I wanted to be out in Pisgah while the Monster Cross folks were out there grinding away on gravel.  That sounded like a plan I guess.

It was just me making that plan though.  I never told any of my usual riding crew that I was going, although I almost sent TomTom a text to invite him along (sorry.)  Maybe I didn’t want to be on a schedule or anything.  Who knows.  Having no one to hold me accountable early Saturday morning, I slept in.  Trips to the hills are supposed to start early to maximize the riding potential, but I found myself hanging around the house far too long.  Since it was obvious that I wasn’t getting out of the house in the wee hours of the morning, the little lady and I decided to go out and get some breakfast.

“Fuel for the mountains” I thought. 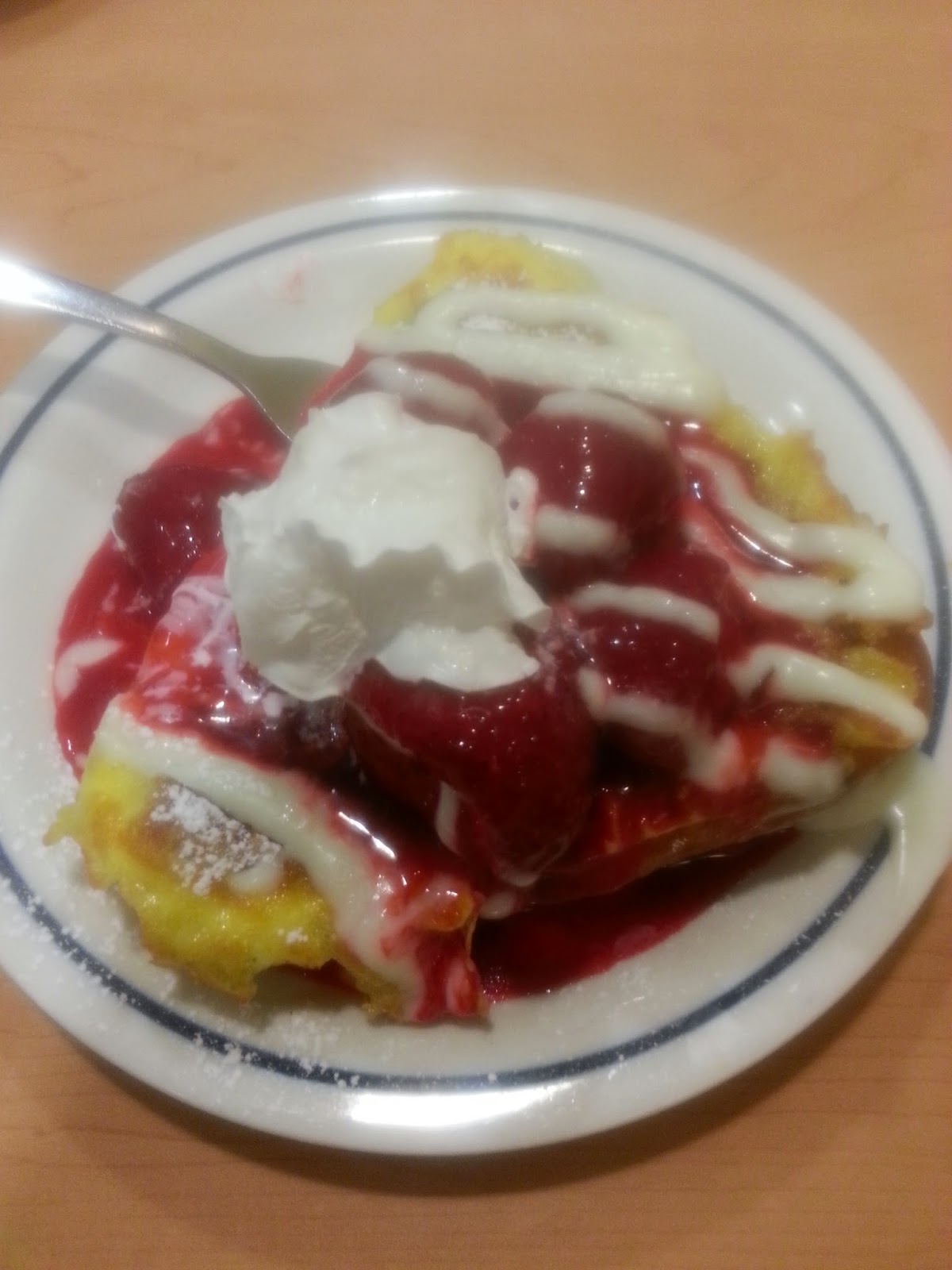 Um, yeah.  Some kind of stuffed French toast thing.  I was stuffed.

I eventually told the little lady goodbye and hit the road.  I knew the weather was iffy out there so that kinda justified my late start (or at least that’s what I kept telling myself.)  As I got on the final stretch of road to the mountains, I glanced towards Pisgah and saw the darkest skies I’d ever seen out there.

“Well, it looks clear over Dupont” I told myself.

So Dupont it was.  My late start meant that I had the place to myself.  After a week of dealing with people, I was pretty happy about that. 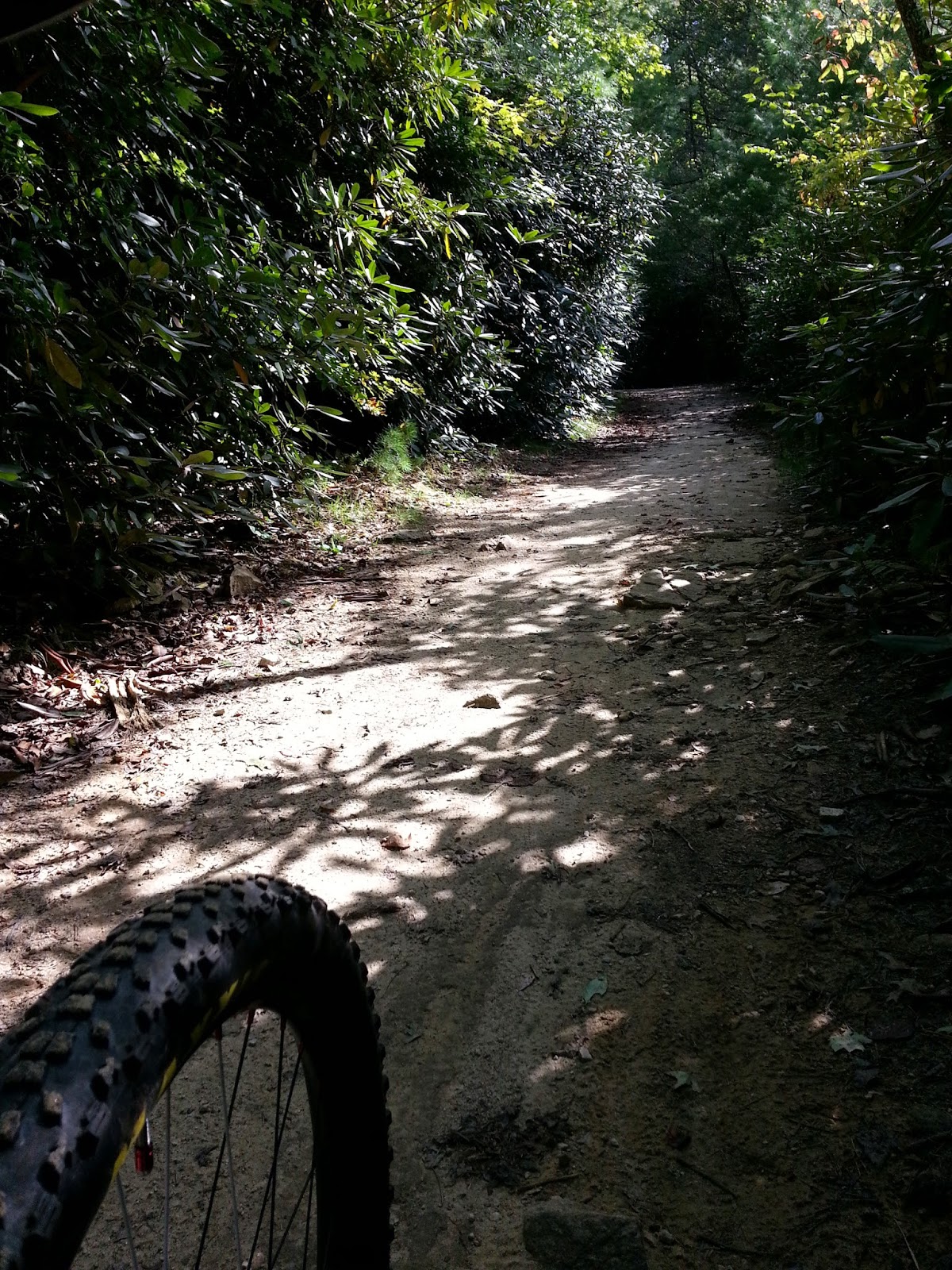 I know the place really well which meant that I could get in maximum miles, have some fun, and not get lost or bonk way out in the middle of nowhere.  Of course, when you are in Dupont you have to check out the waterfalls. 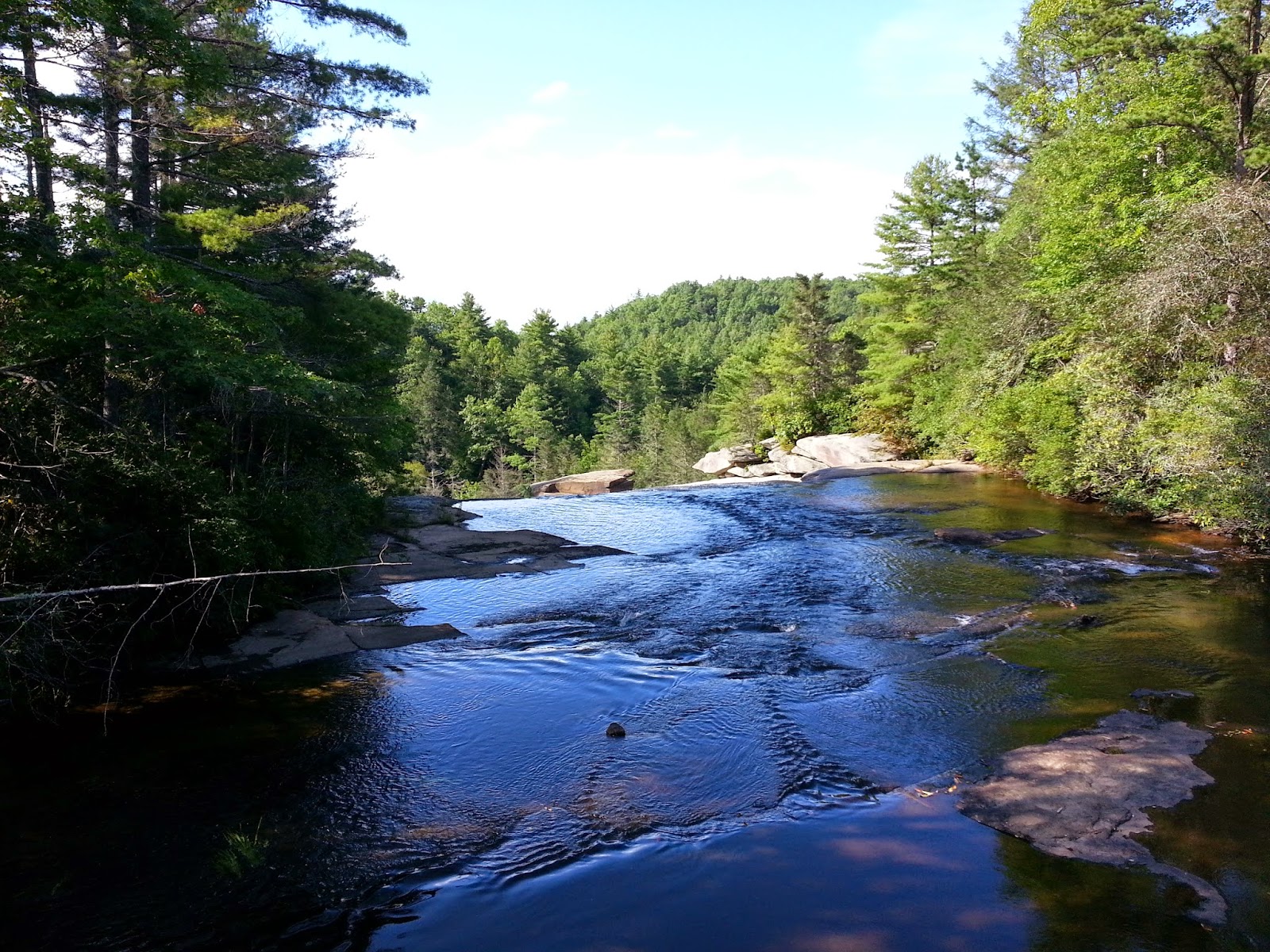 That’s the top, obviously.  My route didn’t take me down to the bottom of that one, but I did stop at another one that was a little more picturesque. 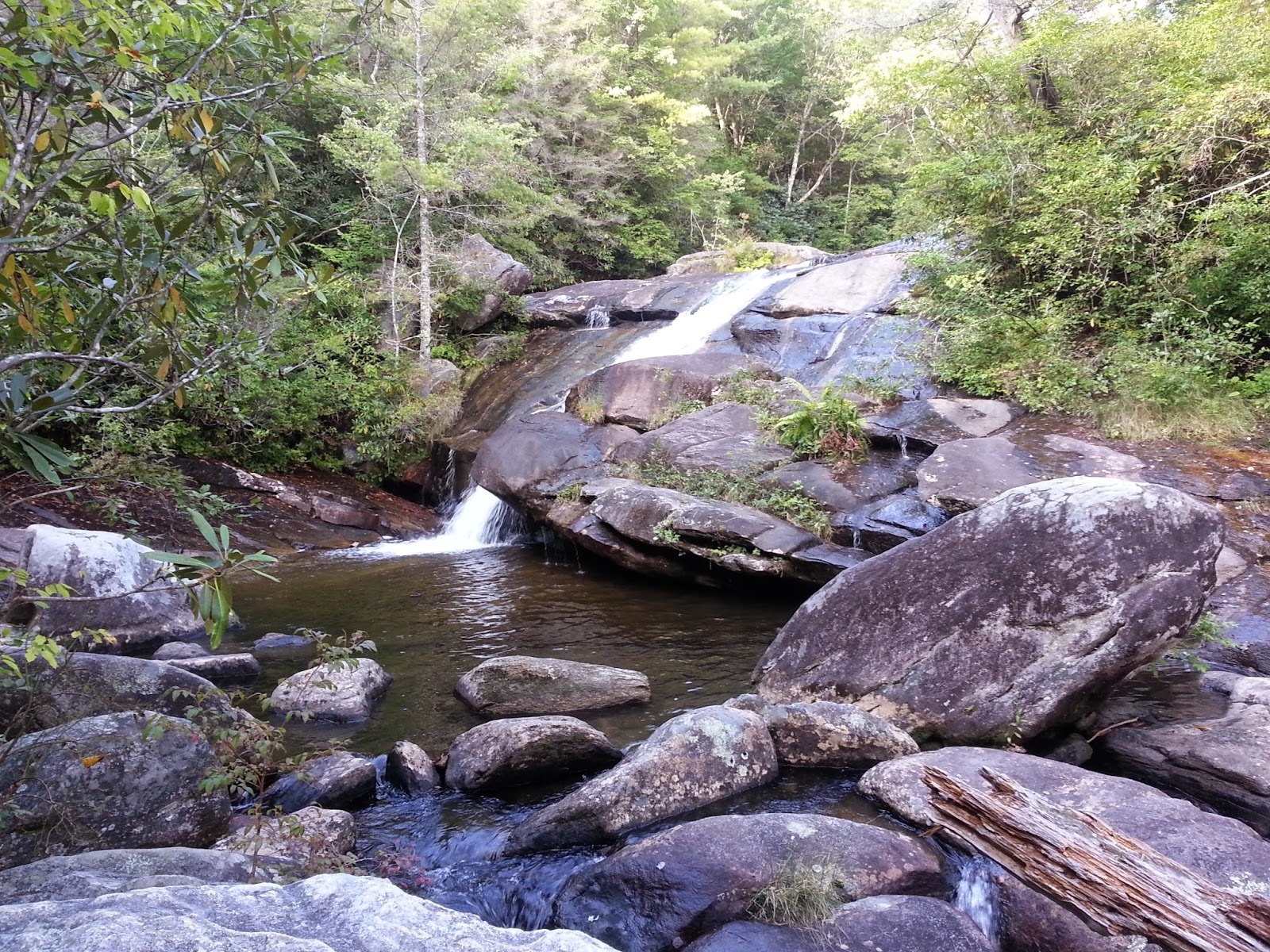 It wasn’t just a sightseeing tour though.  You know, because I’m all about the danger. 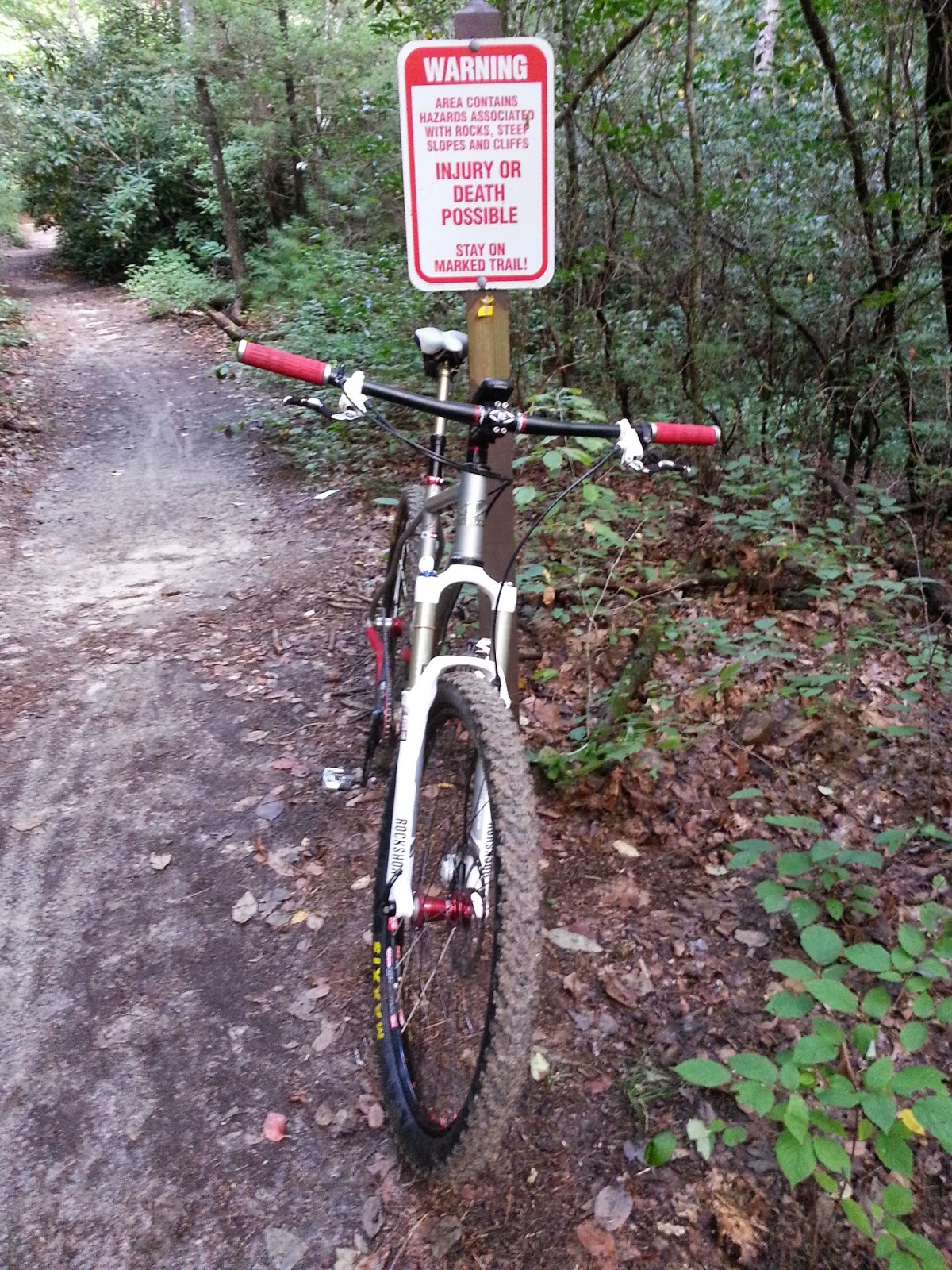 And I worked on my skills a little bit too. 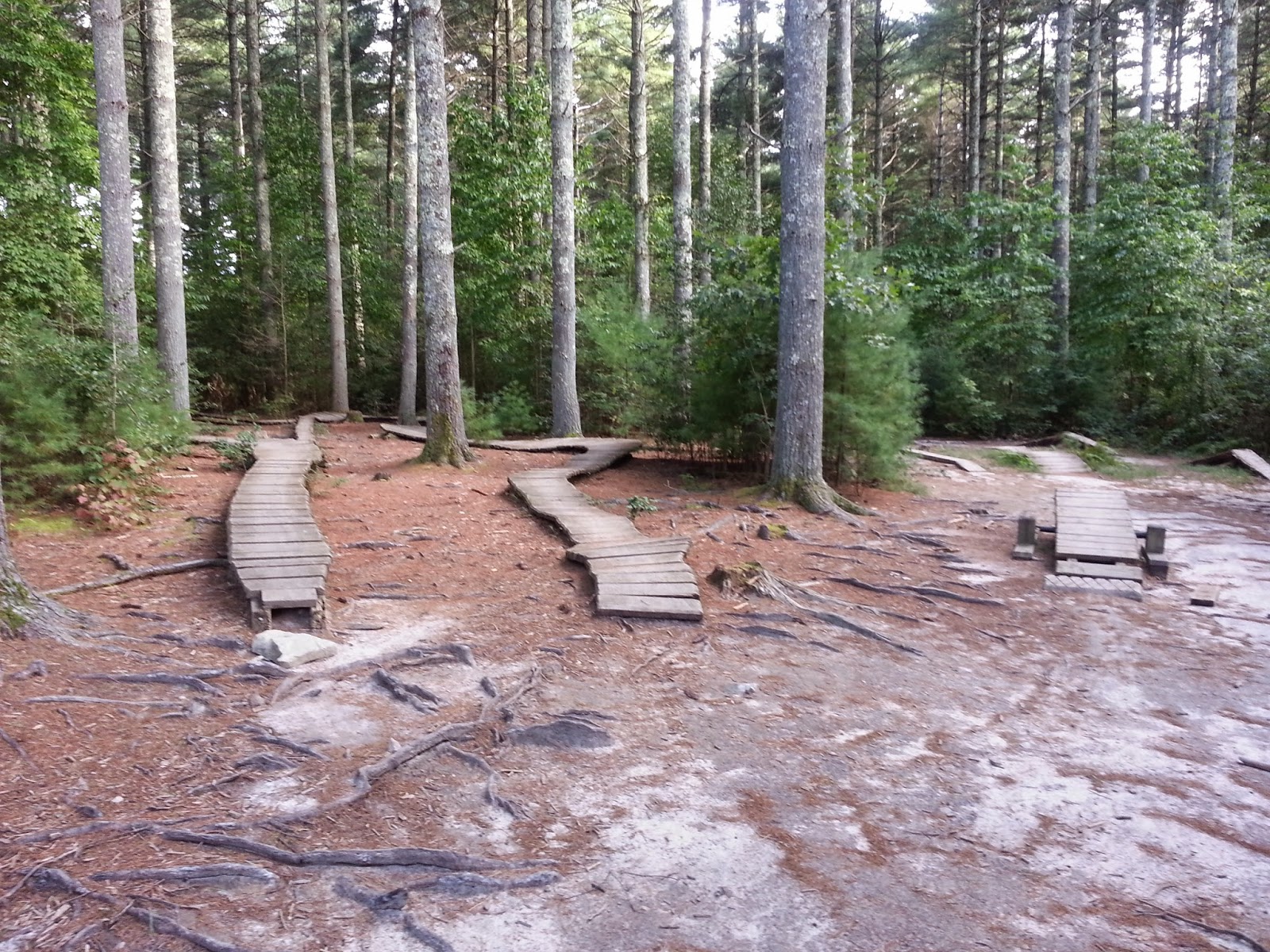 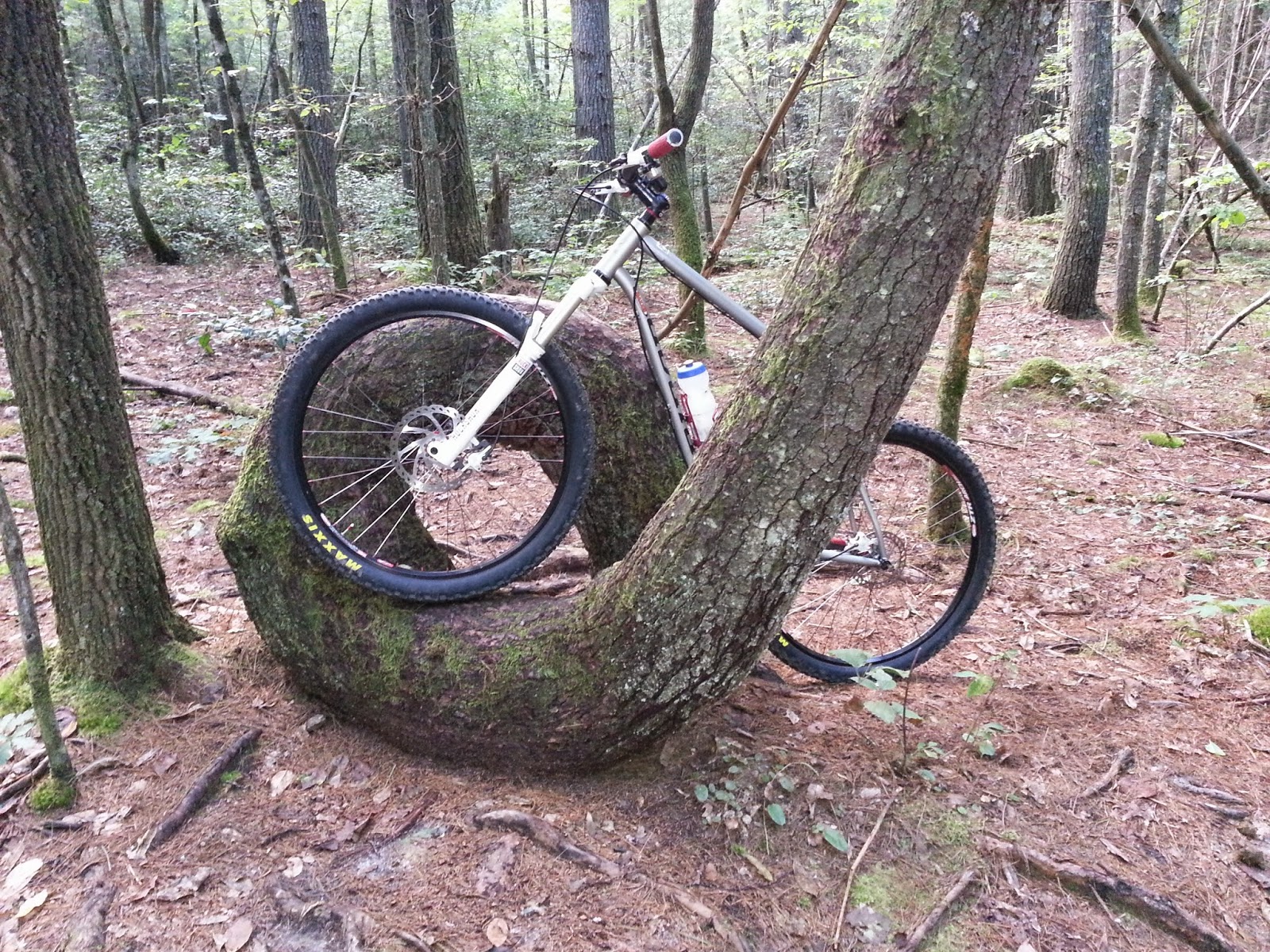 I ended the day blasting down Ridgeline.  There was one final climb to get to the top before a long downhill, so I stopped for a moment to follow the directions. 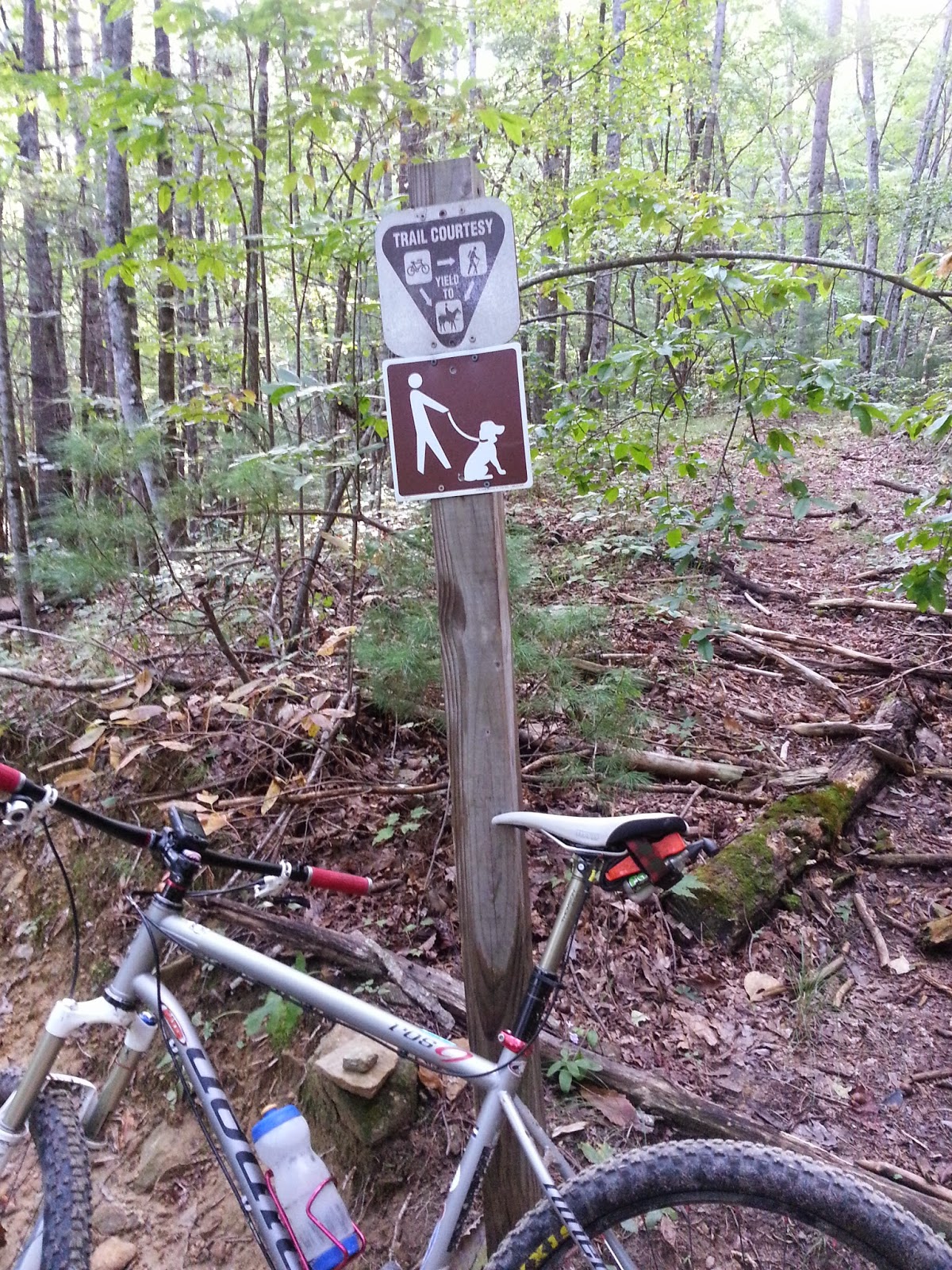 Prior to your descent, all dogs must be strangled with a rope.

I rode hard for a few hours.  I climbed, descended, and generally had a good time.  The last downhill was particularly pleasing, since I got a chance to push myself and barely escape a serious crash..  If I had wrecked on that last run, I would probably still be out there.  I guess that’s the downfall of riding all by my lonesome.

I do enjoy group rides, but being out in the hills all alone is pretty damn relaxing.  It helps me to forget about whatever went on during the week and quite honestly, I enjoy being by myself.  That was about to change though.  After hours in the woods with just me and my bike I craved a little human interaction.  With such a late start though, I wondered if I could find anyone to hang out with before I drove back to .

I packed up my shit and headed towards Brevard.  I wondered if The Hub was still open, or those Pisgah Monster Cross folks were still hanging around…

Part two tomorrow.
Posted by TheMutt at 8:56 AM