So, after Carl’s big day on the town, the rest of the day’s plan started to form.  My man D-Wayne was back in NC after moving out to and I wanted to hang out with him.  He was in town doing the Tour of Tanglewood up near Winston Salem, so I hit the road to meet him, Eastwood, and the rest of the crew at a local restaurant for some food, beer, and bullshitting.  It was good to see D-Wayne and his better half, even if they were busy playing around with firewood. 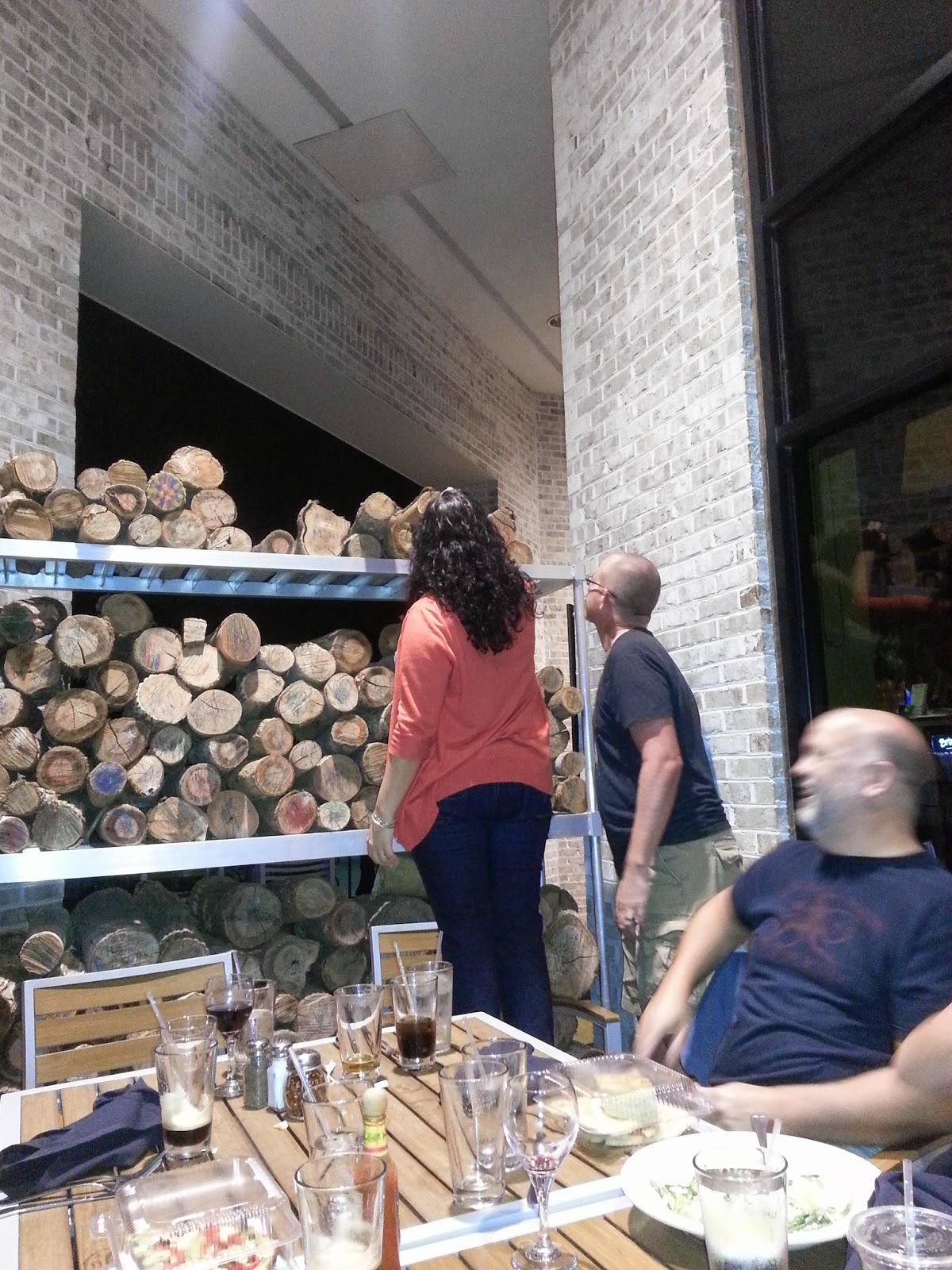 A few beers, a few laughs, and a lot of catching up.  I drove and hour to see everyone and it was worth it.

The gang was back together again… 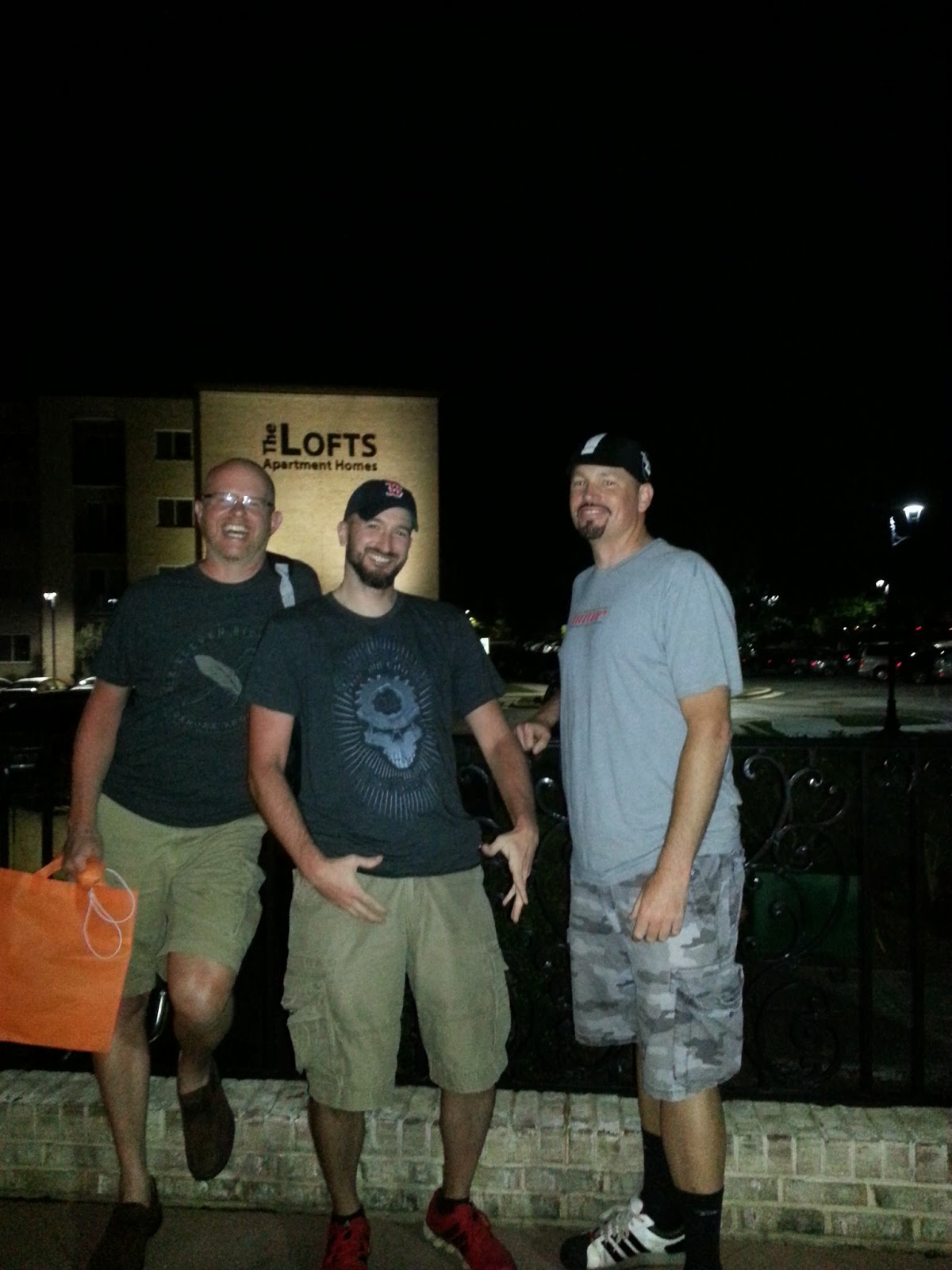 They had more riding to do the next day, and since I hadn’t planned on staying I hit the road back to .  I was waiting at a red light when a dirty little white box pulled up next to me with some shady characters inside. 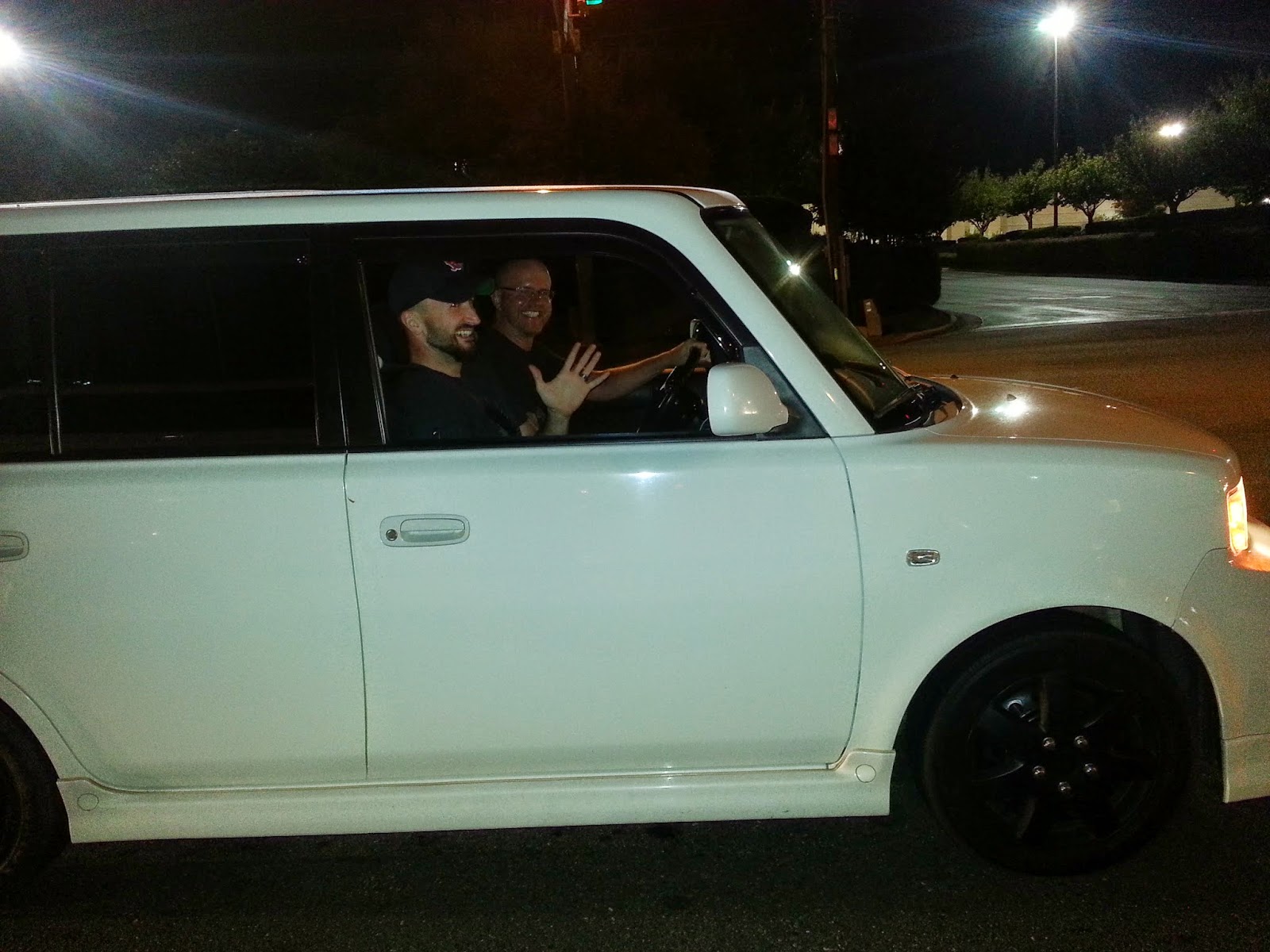 I have fans.  Not good ones, but that’s what slightly famous on The Internets gets you.

I got home a reasonable hour.  In fact, Lunchbox said, “I thought you’d be much later.”  I guess I should’ve stayed out and partied a little longer, but I was beat.  A long week of work plus getting used to having a new dog in the house had taken its toll on me.  The next morning I had a few things to do (one of which was to check out some new trail at BYT with Hubbs and Dicky), but I just didn’t feel like getting out of bed.  I finally felt like moving, and after feeding the dogs and watching them poop I had to figure out what to do with the rest of the day.  It had been way too long since I’d been on my bike and I wasn’t about to let another day go by without saddle time.  I ended up on a road ride (more on that tomorrow), and with that out of the way I started planning the rest of my day.  I knocked out a few adult responsibilities (lawn mowing and the like), and took my ass right back up to Winston Salem for more beer and food.

The little lady was already there, cutting her camping trip in Pisgah short just to hang out with our desert dwelling friends.  She’d crashed pretty hard the day before, and the second I arrived I got to see her battle wounds. 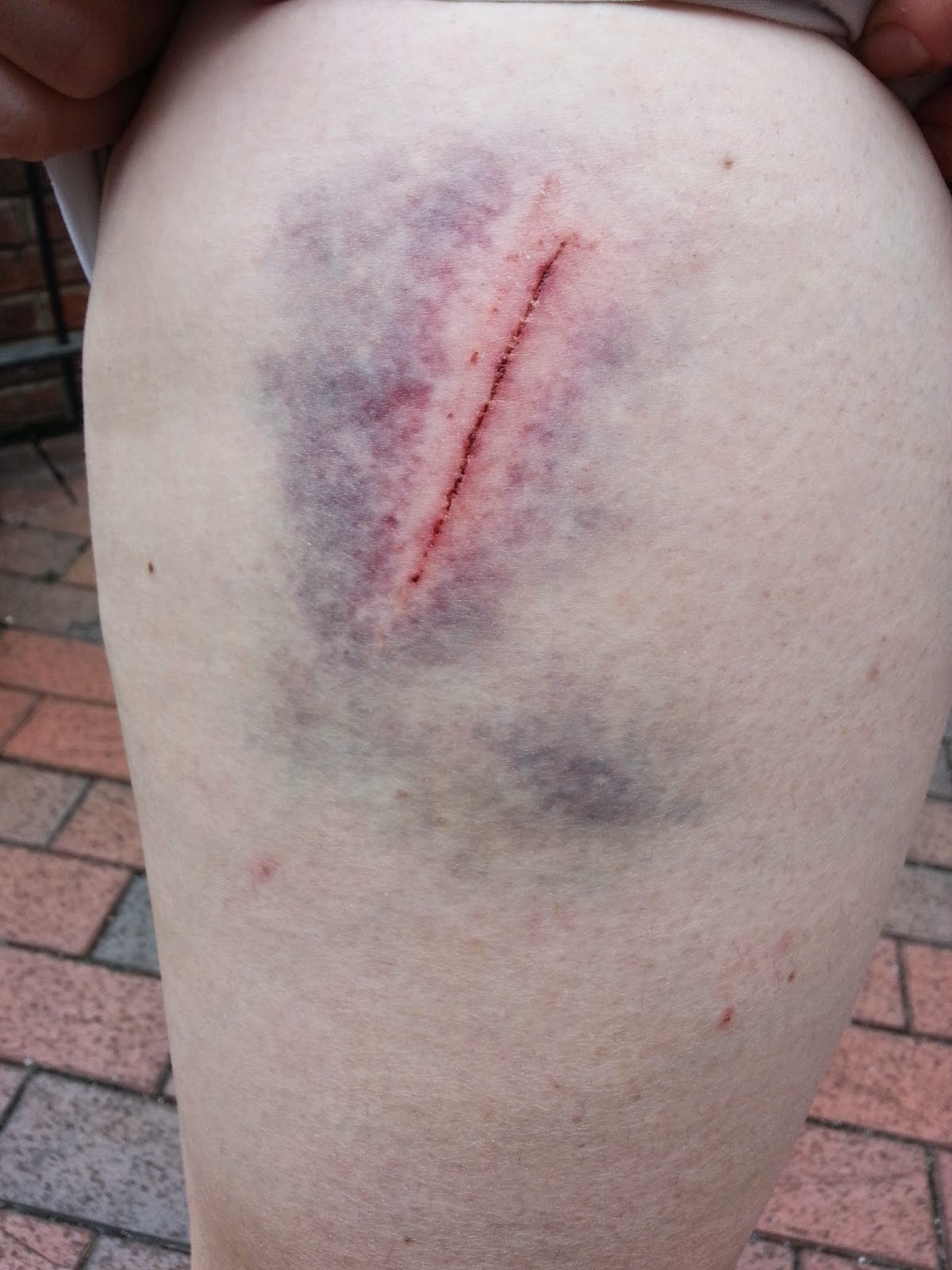 The usual crew was there, minus Eastwood.  He was plum wore out from two days of riding and headed back to .  Too bad, because the place where we ate had butterfly crackers. 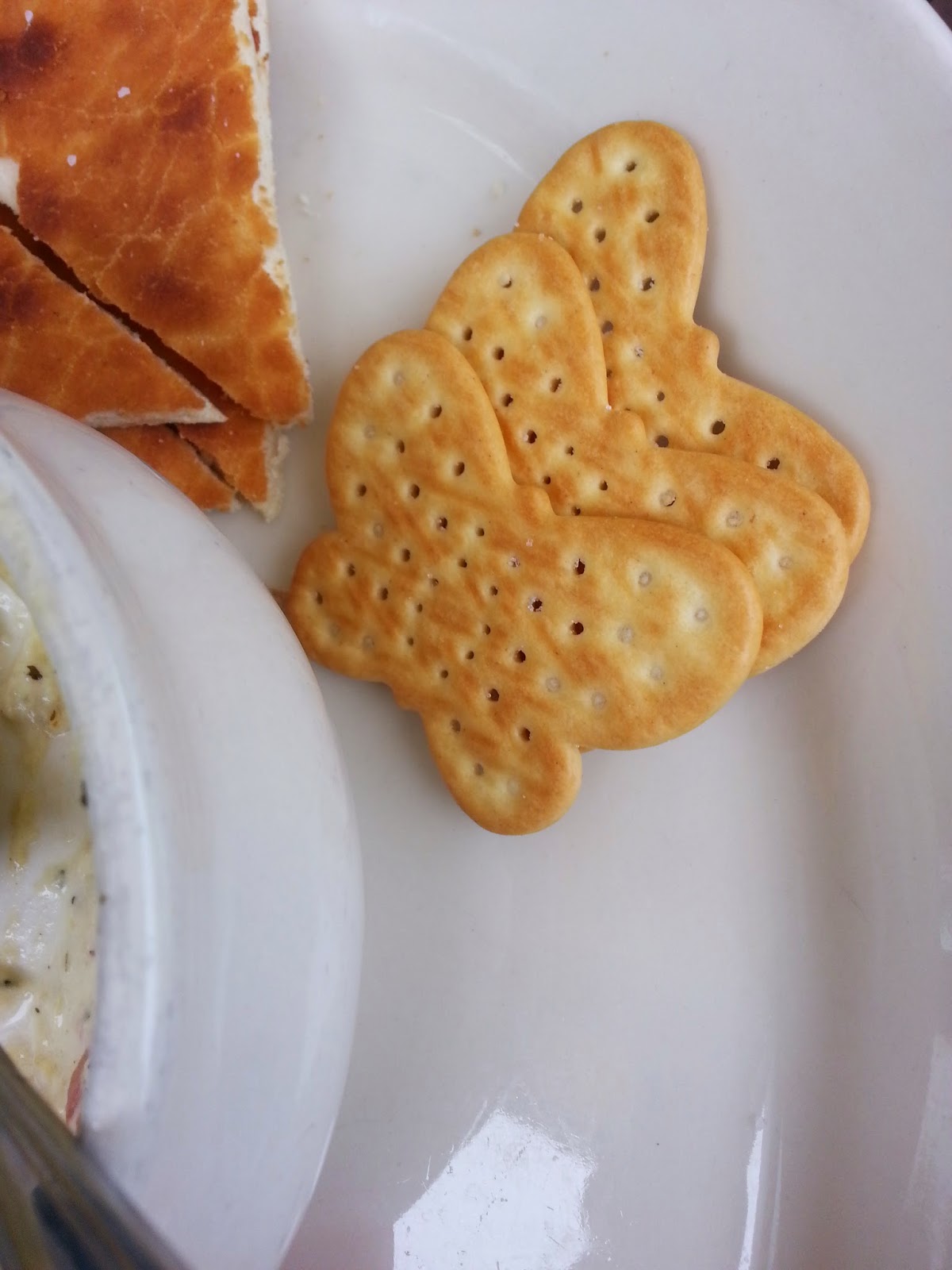 He is the Butterfly King you know, so maybe he left those there for us.

More beer, more food, and more bullshitting.  As I looked around while we shot the shit, I noticed one of my stickers. 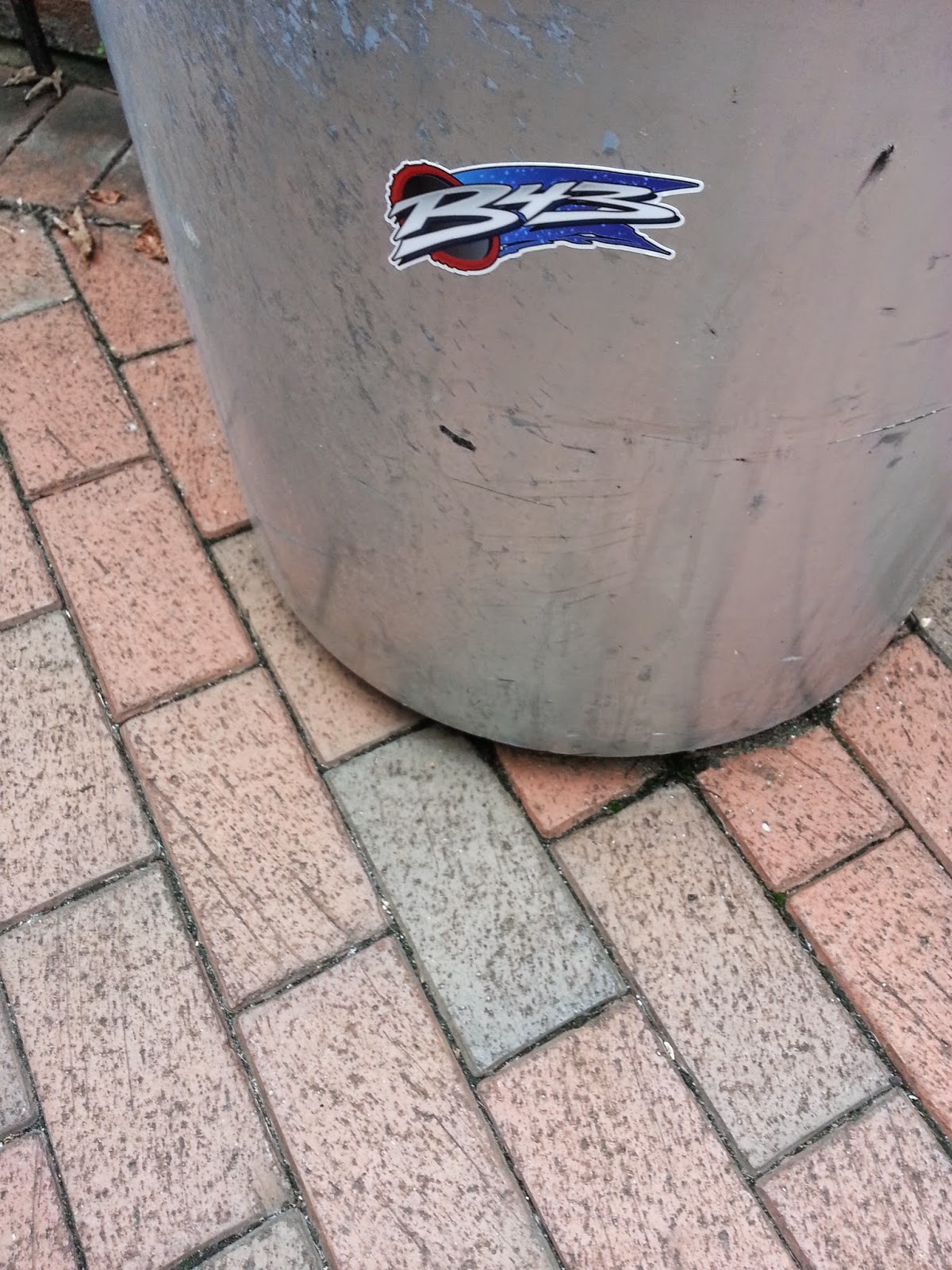 Since D-Wayne is the one who created them (via Dwayne Hunter Design Company), I figured that he put it there. 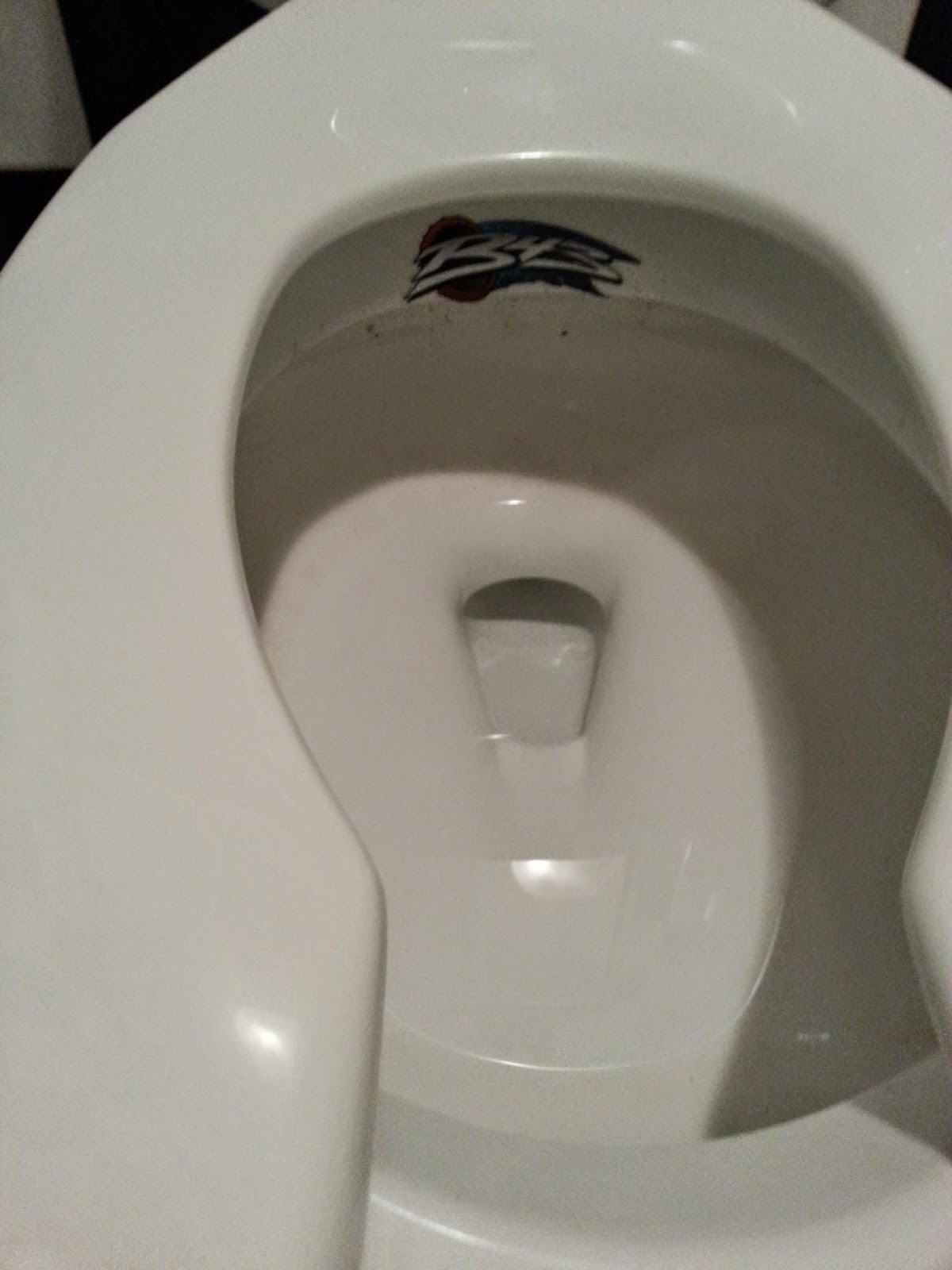 Right where I belong.  In the shitter.

Eventually we’d had enough fun and everyone was getting tired.  We said goodbye and headed to our vehicles.  That’s when I noticed more stickers, this time on my truck. 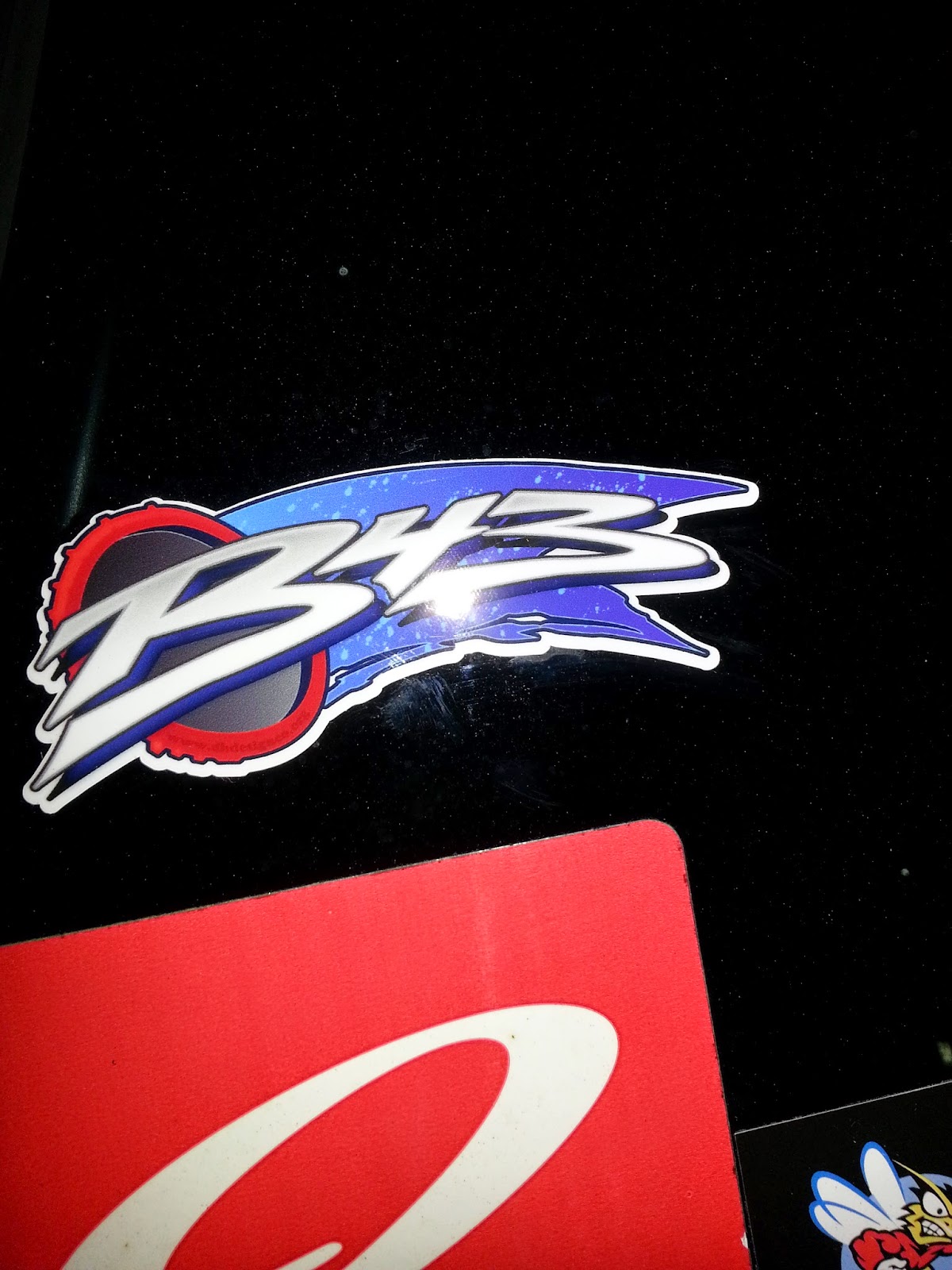 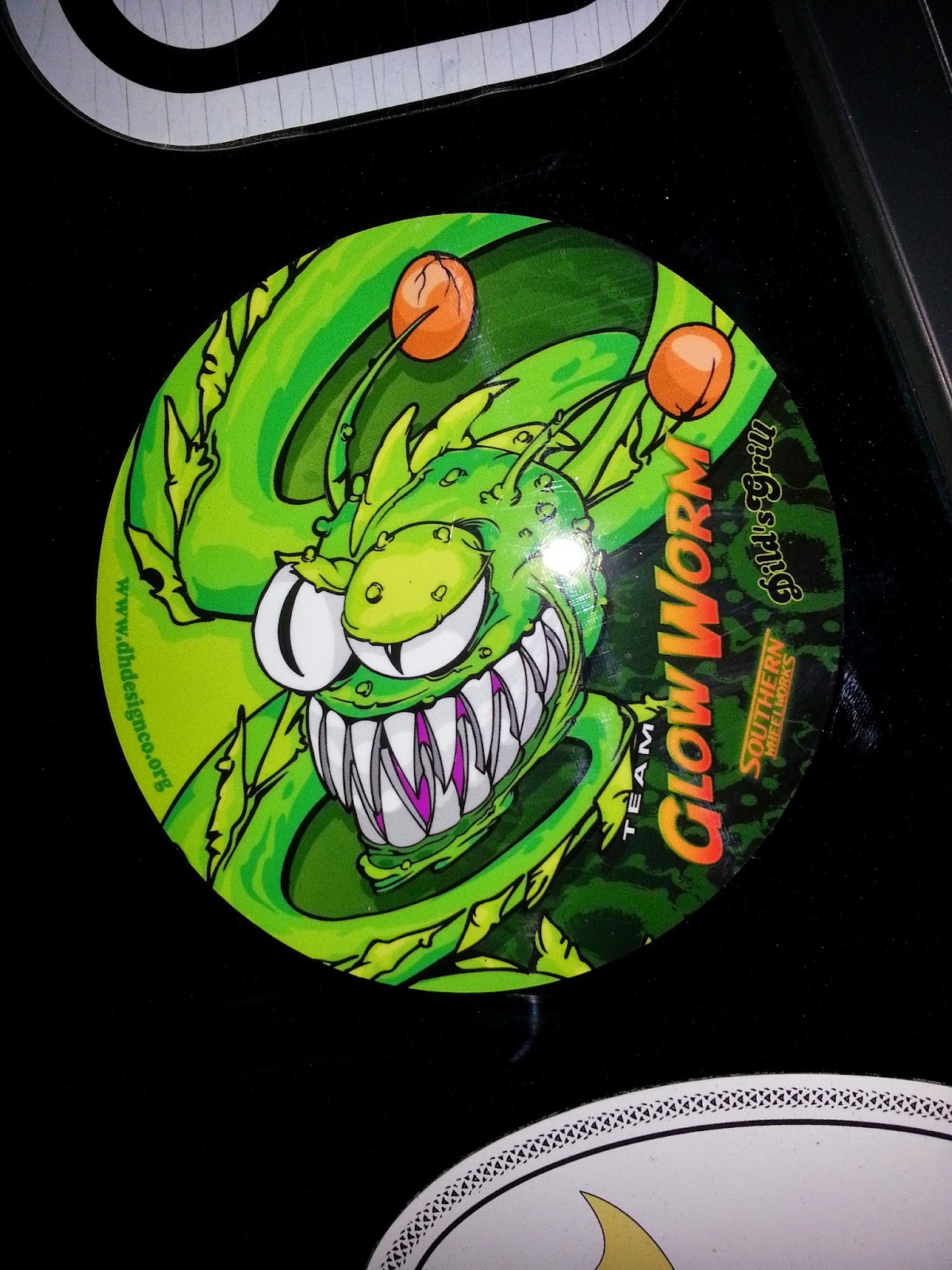 I guess I’ll keep them on there.  You can’t have enough stickers, right?

It was good to hang out with the D-Wayne clan.  This is the first time they’ve been back since they moved out to the desert, so I’m glad we got a chance to see them.  The good news?  We’re planning a trip to visit them out there early next year.  I hear there’s a big race/party thingy nearby that I’ve been summoned to do by the AZ DrunkCyclist crew.

Single Speed is coming up this February.  I’ll be there.

Details to come when I know more.
Posted by TheMutt at 8:54 AM