I talked a while back about finally being ready to get another dog.  Since then, I’d been looking all over for another one to add to the family.  After having a Rottweiler for almost thirteen years, I was pretty sure I would end up with another (even though I wasn't really sure if I wanted to move on.)  They are really good dogs though, and since I was so familiar with the breed I started looking for a puppy.  I searched high and low, finding mostly female puppies to adopt.  Another female would be too close since that’s what my last one was, so I kept looking.  I didn’t have to have a brand new puppy, so I expanded my search.

Friday, I contacted a lady about a one year old male down in .  At one year it was still a puppy, but old enough that I wouldn’t have to worry about potty training and all that.  The little lady and I headed to the hills on Saturday, and on the way back we stopped to take a look at our possible new family member.  I was nervous.  Was I really ready?  I knew I wanted another dog, but I thought maybe having one of the same breed as before would make me sad and miss my Roxie.  Little Miss Sunshine made me feel better about it, but when we pulled up to the parking lot of a local pet store and I saw him, I nearly cried.

The lady we met there said she could no longer take care of him.  I didn’t understand why, since he was one of the sweetest dogs I’ve ever seen.  He took to us immediately, and after a quick trip inside the pet store to grab a new collar and leash, we were on our way home with our new dog. 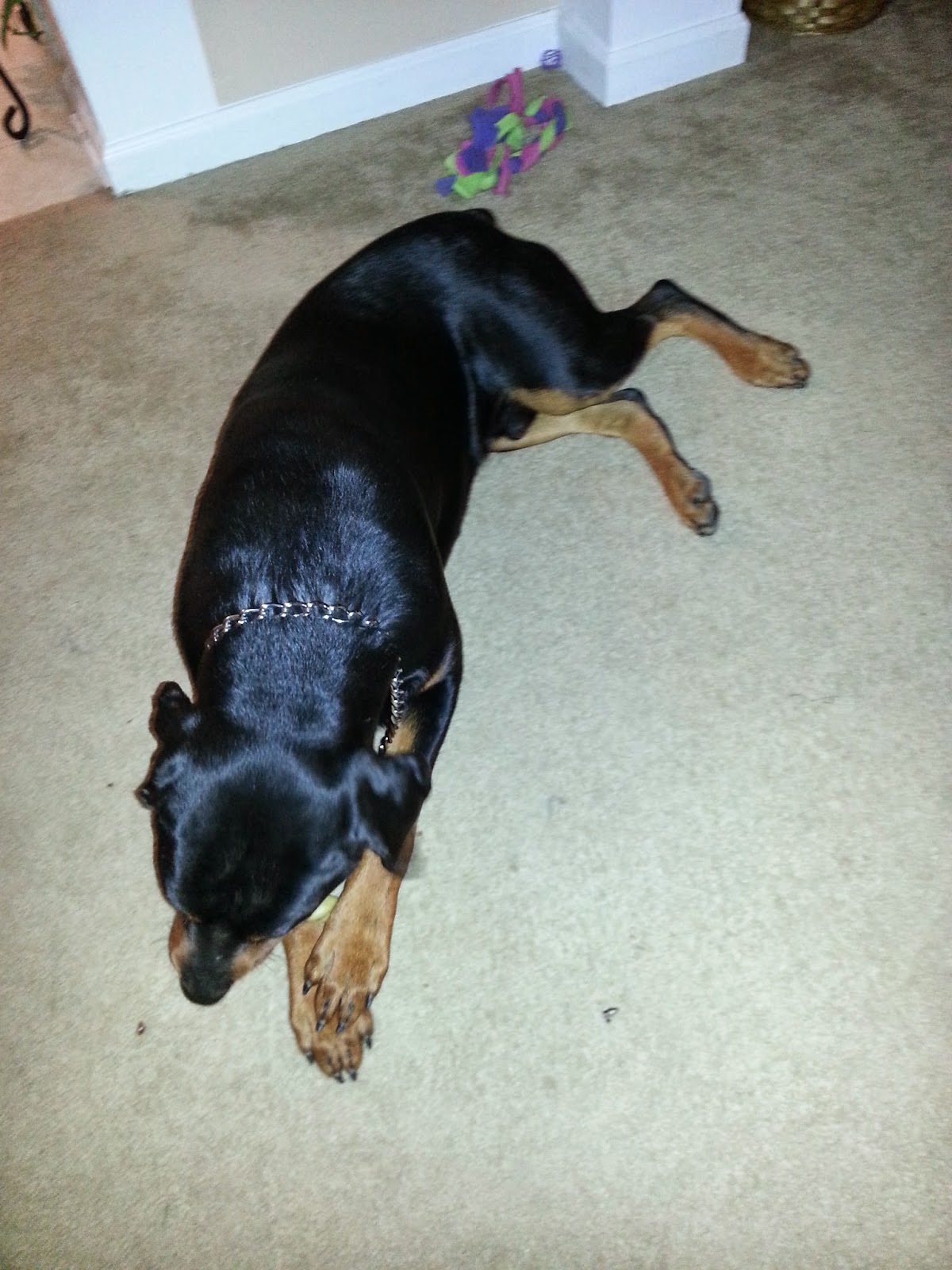 He was so happy to have a nice home it seemed.  The little lady and I came to the conclusion that he wasn’t in the best environment prior to coming with us.  He craved attention, and despite showing some signs that he may have been hit, improperly nourished, and maybe even neglected, he was really awesome.  He already had a name when we picked him up, but since he didn’t respond to it we decided to give him a new one.  I gave the honor of naming him to Lunchbox, who probably had a more difficult time getting a new dog than I did.  He wanted to give him a person’s name, and he chose Carl.  He said Carl is such a good dog, and it also had a lot to do with a book he got when he was little. 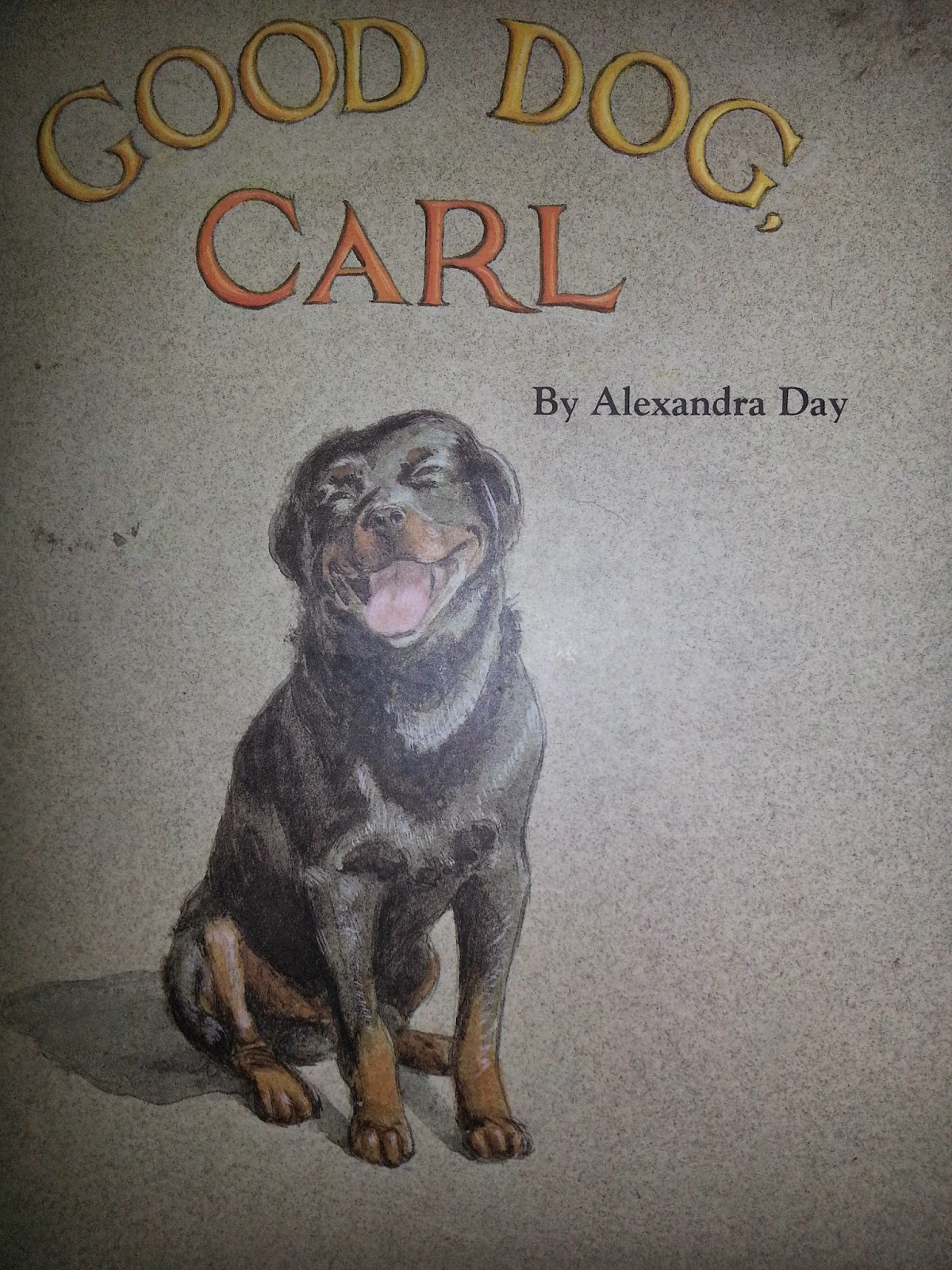 Yes, he still has that book.  And now we have a Rottweiler named Carl.  I dig it.  He does too, and even answers to it. 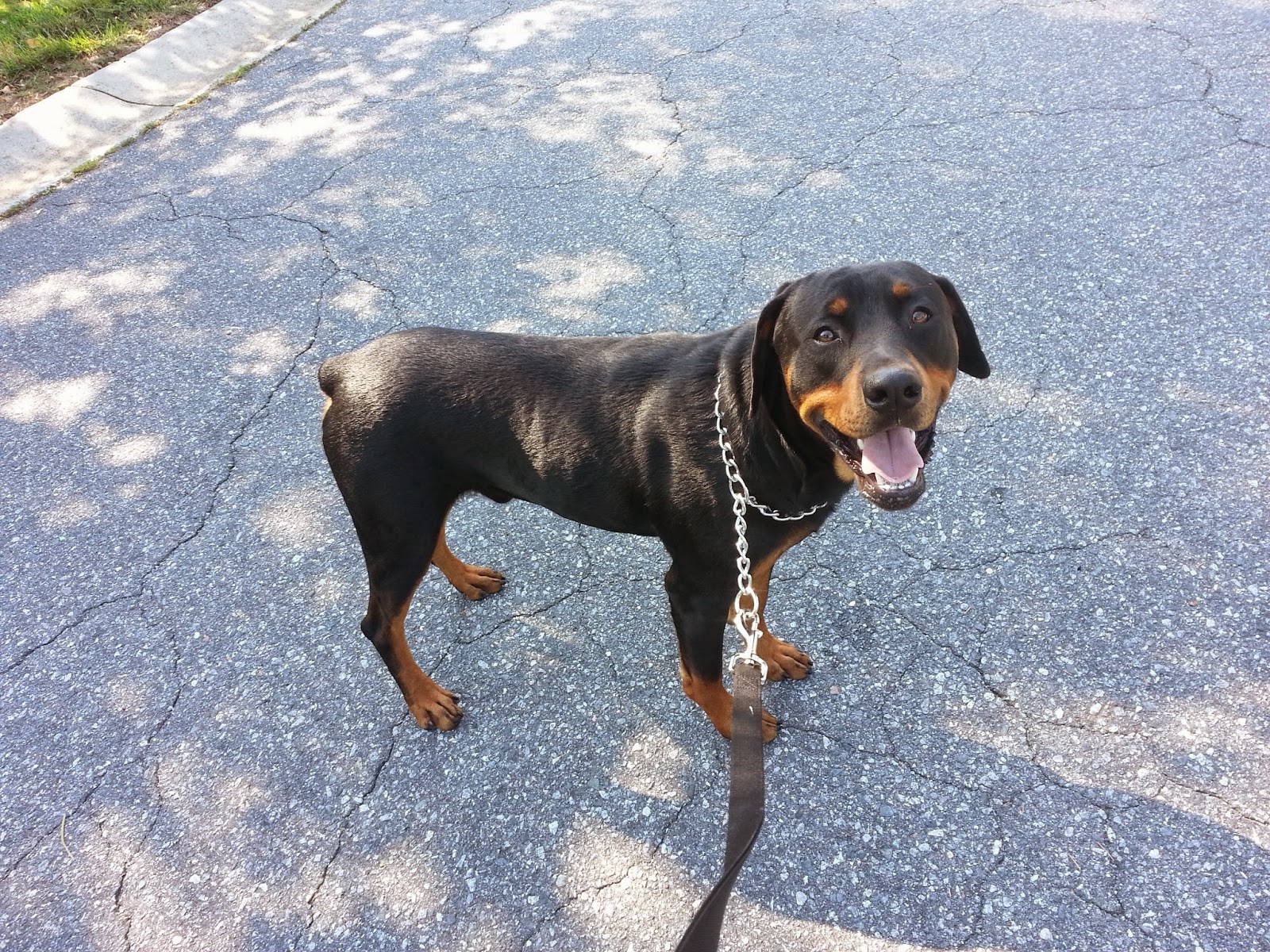 Carl just wanted someone to love him, and little does he know we’re pretty good at that sort of thing.  I’ve taken him for quite a few walks already, and after a short period of getting used to being on a leash, he seems to like it. 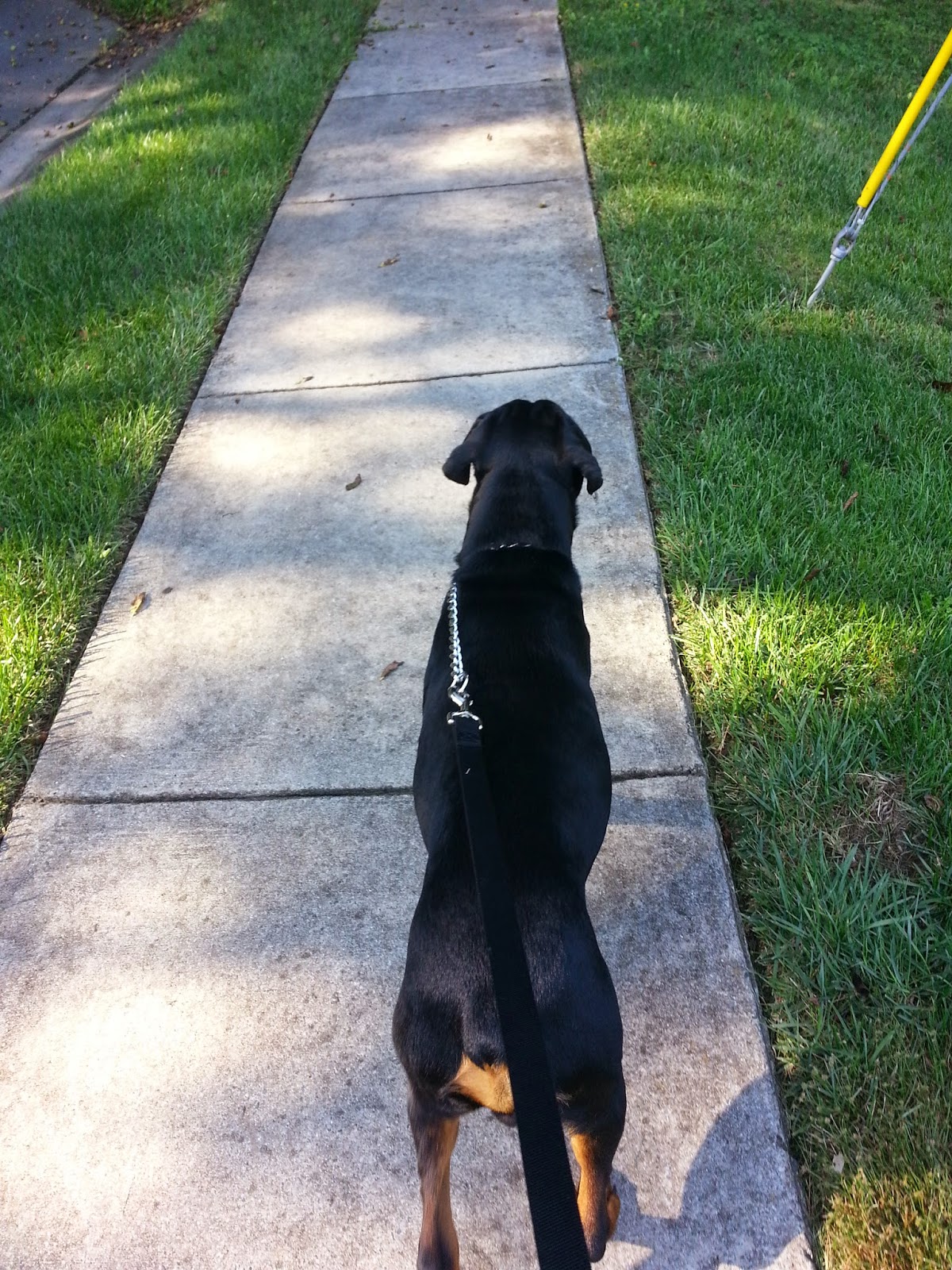 We still have another dog, Bailey the Beagle.  Bailey has been kinda lonely since we lost our Roxie, and now he has a new friend to play with.  They get along pretty well.  He’s even taken to eating treats again since he has someone to share with now. 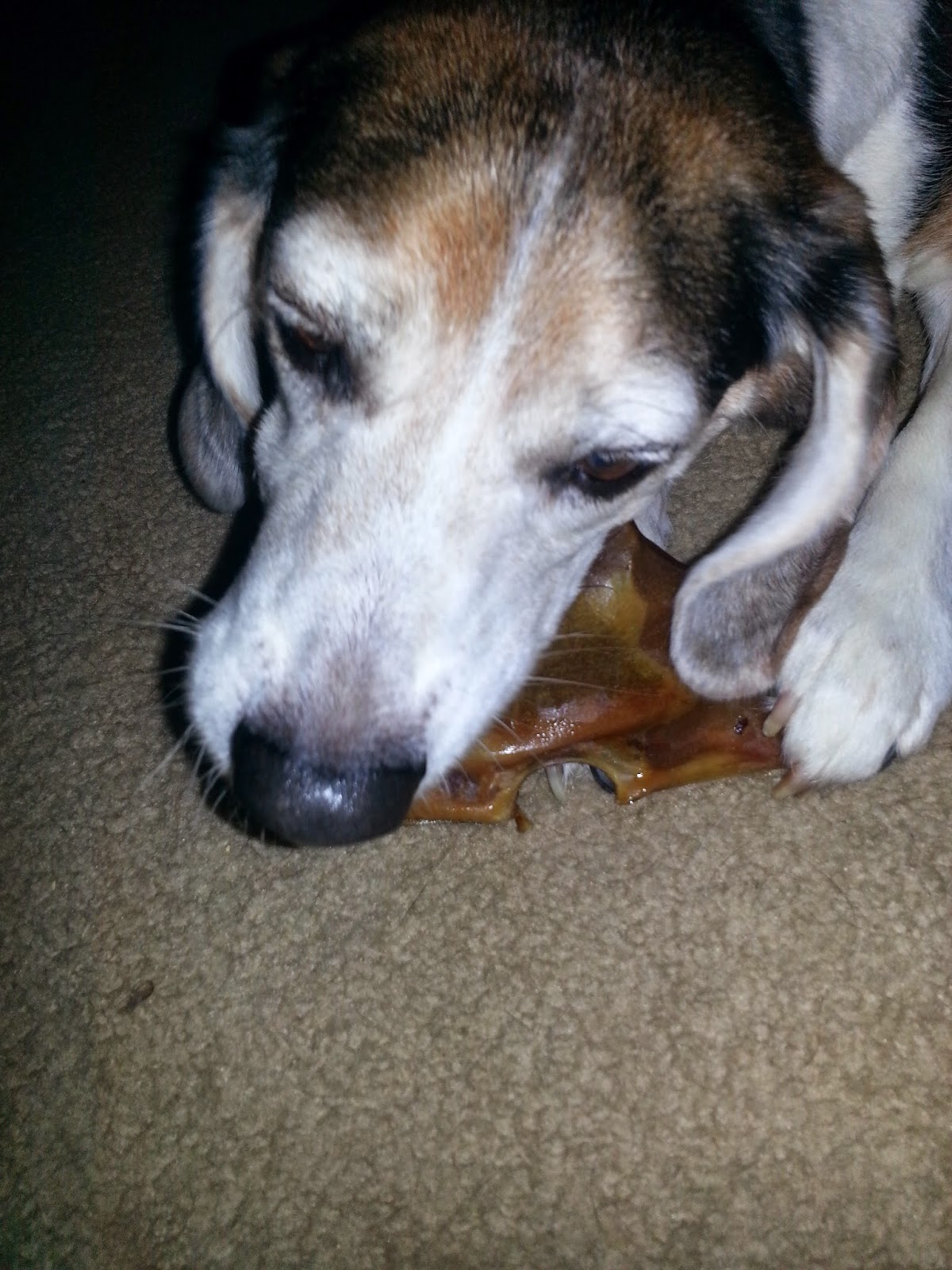 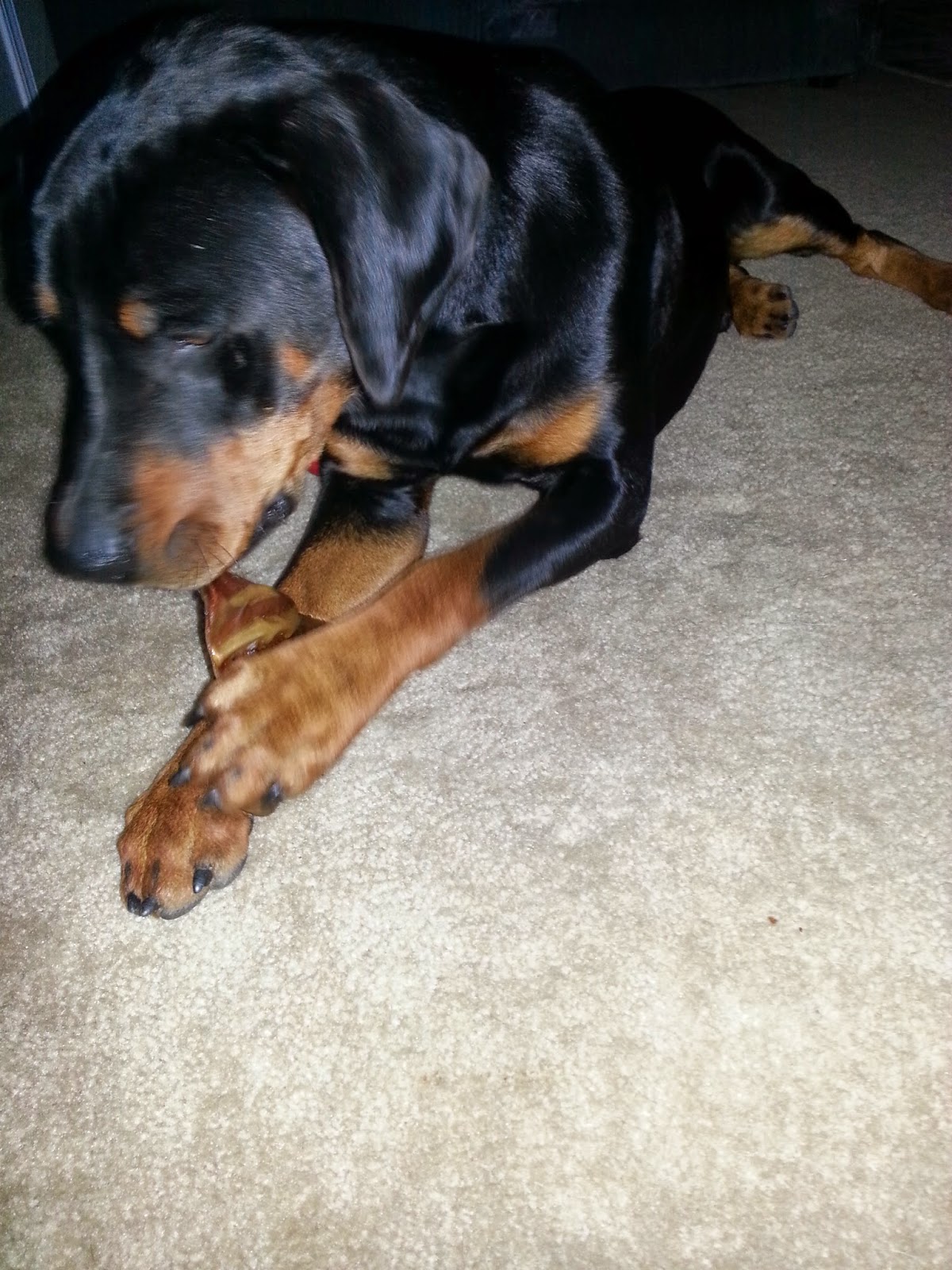 This is what I’ve been missing for the last two years.  We have a new family member, and although it’s weird to see another Rottweiler running around the house it also feels right.  I don’t know all the details of what his life was like before we got him, and now I don’t care.  I know we did a good thing by bringing him into our family, and he’s definitely better off for it.  It hasn’t even been two days yet but I’m already much happier having him around.