Sorry about not being here.  Did you notice?  Probably not.  That’s okay.  I was busy.

So the weather here has been shitty again.  I showed up early da udda night hoping to get in a few laps before our Tuesday social ride (for “training” purposes.)  I had plenty of time to do two, maybe three “hot laps” I thought.  I got dressed and ready to go, and suddenly the skies opened up.

My bike had to stay put. 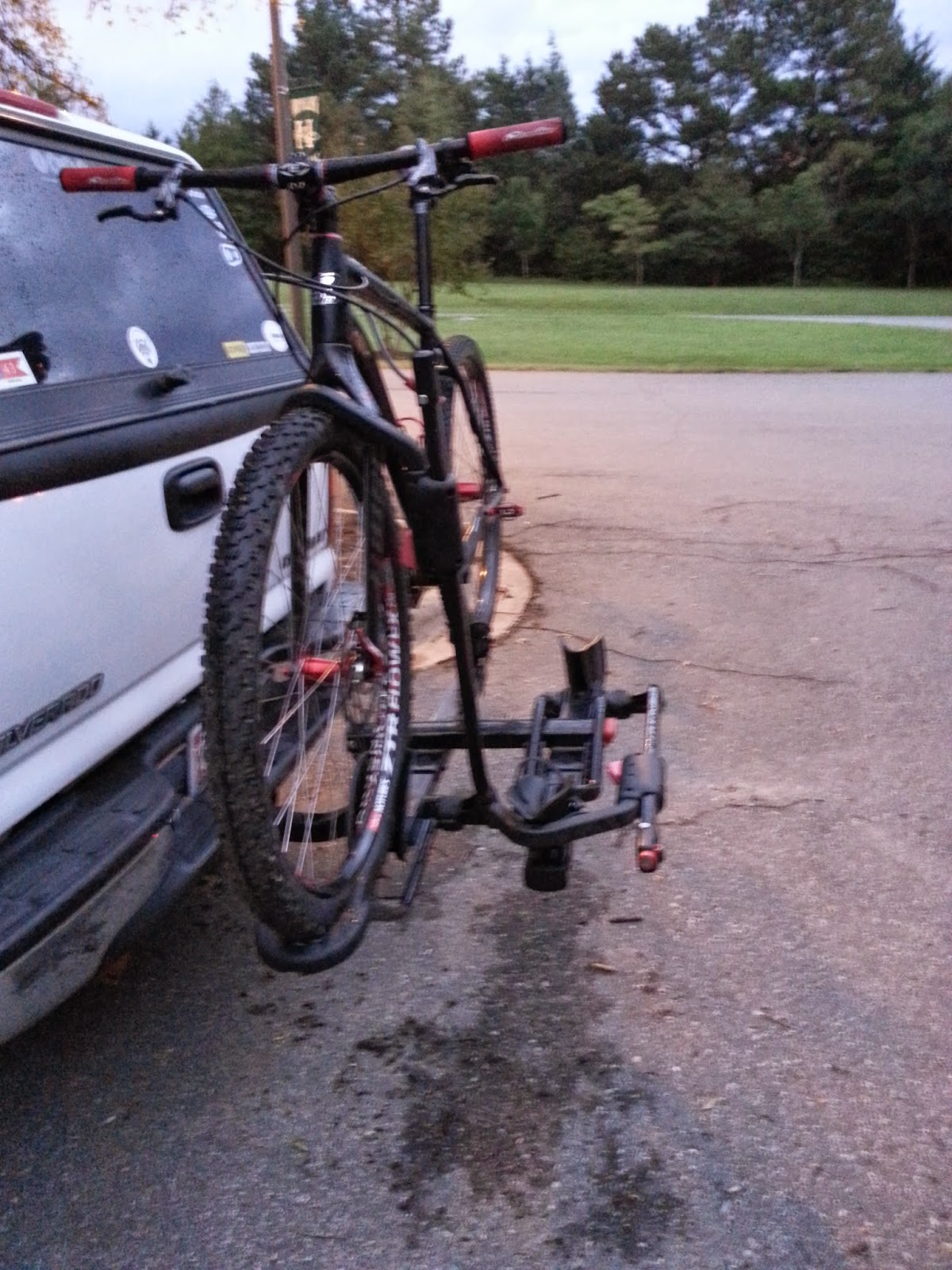 I posted that the ride was cancelled, but some people didn’t see it in time and still showed up.  The storm passed but the trail was way too wet to ride (I checked.)  So, we stood around shooting the shit for a while.  At least I got the social part done anyway.  I went home, ate dinner, drank a couple of beers, and played my guitar.

While these social rides are far from any kind of training, the laps I planned to do beforehand would’ve been nice.  My goal is to start now getting ready for next season (whatever that is), and sometimes I feel like I’m getting nowhere.  I had a massage last night, so no riding then either.  So, I have to resort to this: 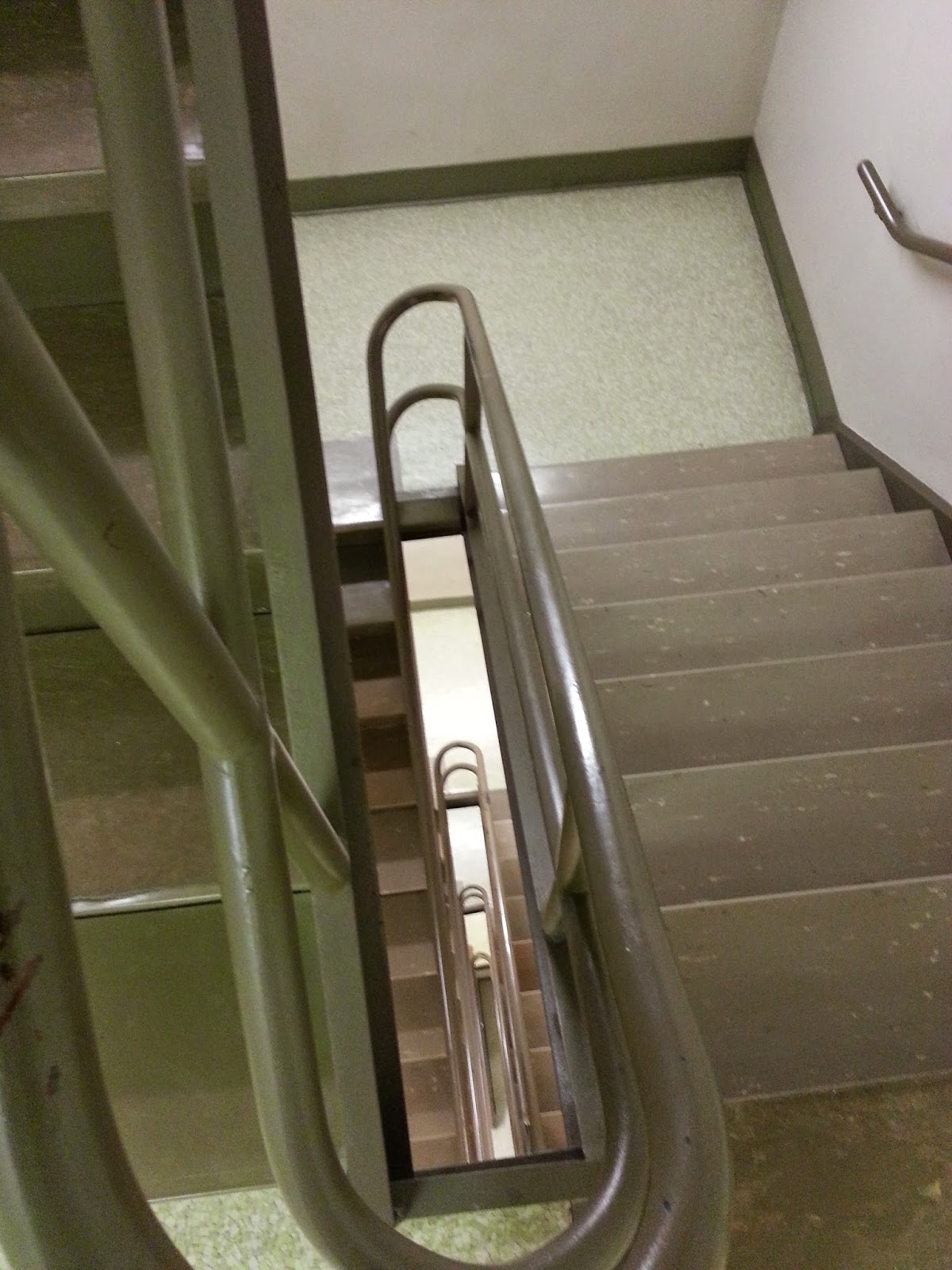 Yeah, I guess running up and down the stairs at work is good enough since I can’t ride.  Luckily I work in a tall building with tons of stairs.  I can get away from my desk throughout the day to uh, “train”, so at least when I go home and do nothing I won’t feel like such a lazy asshole.  Hopefully “getting ready for next season” isn’t just running the stairs though.

In other “getting ready for next season news”, I rounding up stuff to help me.  I just got a big ol’ fat box of tires from Maxxis. It’s nice to have their support, and it’s even nicer to have plenty of tires “just in case.”  There are a few Ardents in there (you probably can’t see them), which is a good thing since I’ve been wearing out the ones on The Executor (my Pisgah bike.)  I have lot of bikes, so I need lots of tires.

I also got a care package from the fine folks at Honey Stinger: 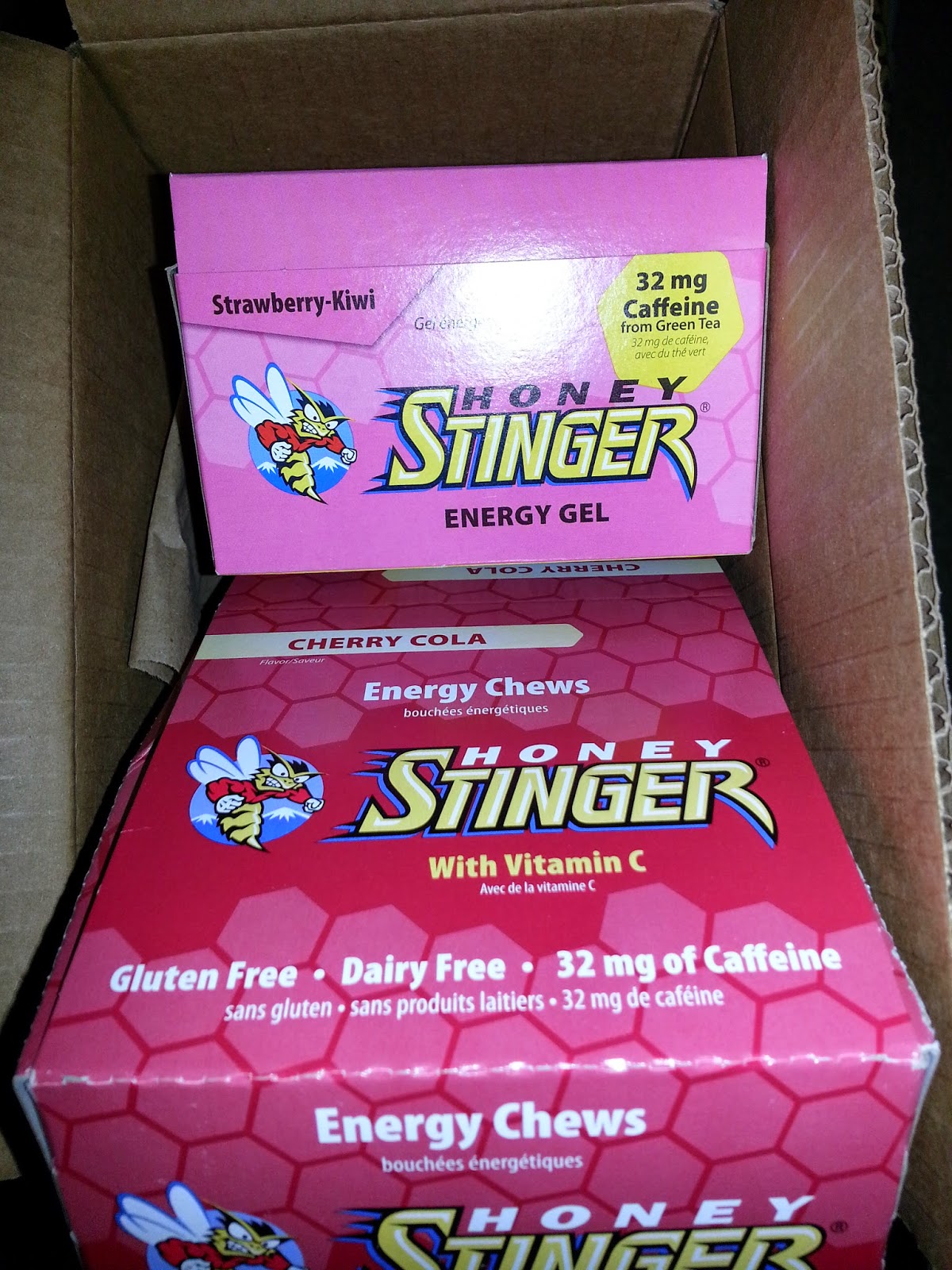 More gel and energy chew because, well, I like them.  I still think the waffles are pretty rad, but this stuff is much easier to eat while I’m on the bike.  Plus, I actually have more waffles than the Waffle House.  Srsly.

Will this stuff make me better next season?  It’s hard to tell.  No amount of new shit will help if I can’t ride my bike though.

Royale with cheese and all that.
Posted by TheMutt at 8:36 AM