Build Me a Winner 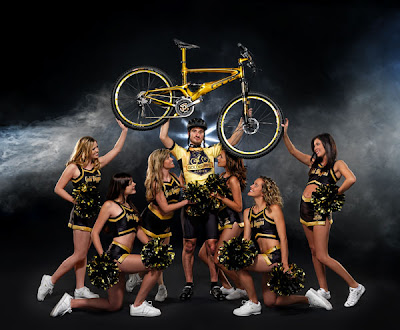 Here we are at part two of the “Greatest Short Track Bike on Earth” build. Okay, there’s no way in hell that I’m building the “greatest” bike, but it’s still fun to try. I’m building this thing on a self-imposed tight budget (for no other reason than the fact that I m cheap), just to see what I can do. There are a few upgrades I have in mind that can’t be done with the spare parts I have on hand, so I’ll have to get creative. Let’s see what I’ve done so far, shall we?

Next up on the agenda would be the “street” tires I have on this former commuter bike. I like the Kenda Flame tires I had, but they are worthless for trail riding, even if it is going to be ridden on a “short track.” I need a little grip, so I opted to use a set of spare Kenda Small Block Eight tires I just happened to have lying around. First, let’s asses the situation. 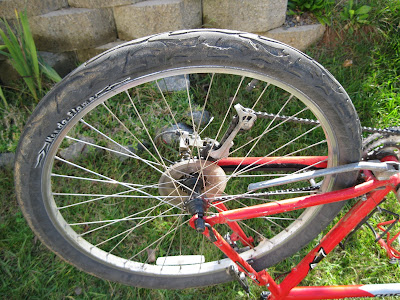 The flames made me look faster, honest.

Looking at the above photo, it seems that I used this bike for more than a “commuter.” The dirt on them tells a tale of off-road misadventures gone awry. I have to admit that I did venture off road a lot on my “road rides.” From now on, my “road rides” will be road only. I’ll build another bike if I want to play around on the streets and the dirt at the same time. How about we get these suckers off of here, shall we? 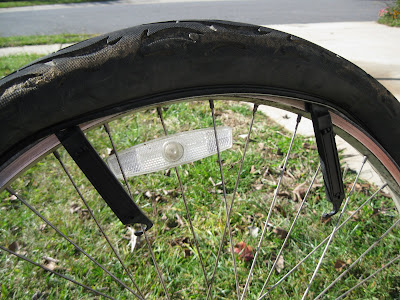 No, I won’t keep the reflectors. That’s just silly talk.

I had forgotten what a pain in the ass it is to mount and dismount tires with a wire bead, as opposed to the Kevlar bead tires I normally use. The other disadvantage of a wire bead tire is weight. Not to fear though, my Small Block Eights (or Crazy Eights as Little Miss Sunshine likes to call them) are of the Kevlar variety. With the rear tire mounting complete, I found something else that needs to be removed, never to be seen again. 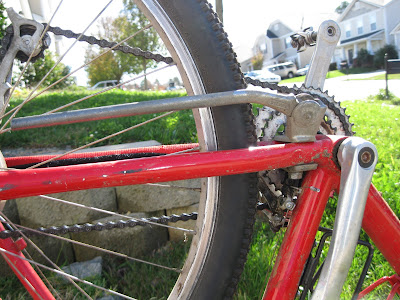 There’s no place on a racing bike for a kickstand, since I don’t plan on stopping long enough (or at all) to give my bike a rest. I changed the front tire as well, and I noticed that I had another set of spare parts, albeit of a less than desirable quality. I guess I will just toss them in the “Why the hell do I keep this shit?” bin, and be on my way. I took some photos for my own (and your) reference. 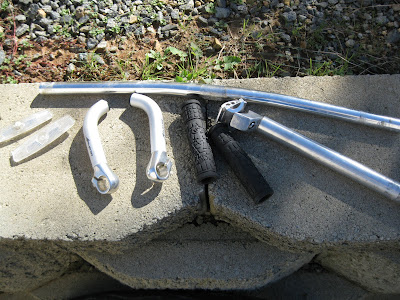 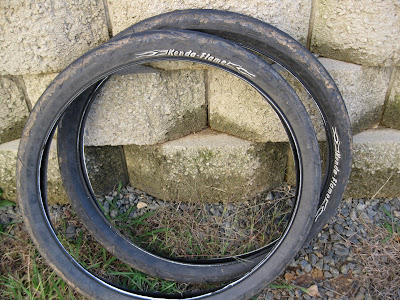 Maybe I can put these on a beach cruiser or something.

When everything was all said and done (yes, I talk to myself a lot when I work on bikes), I looked at the new and improved “Greatest Short Track Bike on Earth” and I was pleased. It’s amazing how much of a difference a few parts can make. I admired my work for a few minutes then I took it for the standard neighborhood test ride. I liked it, especially the new wider bars. 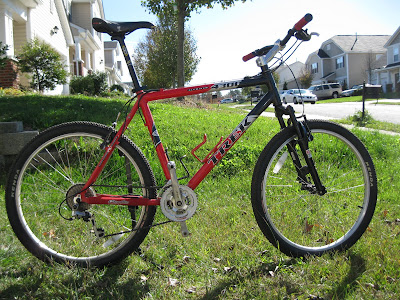 Man, that stem is out of place. I’ll have to find a new one.

I’ll be keeping my eyes peeled for some more inexpensive upgrades, most likely through good ‘ole ebay, and some local sources. I’m on the lookout for a new stem, crankset, and rear derailleur first. That damn ugly stem will be the first to go if I can help it. I decided to bring Goose out into the yard for a meet and greet. He was less than thrilled with his new roommate. 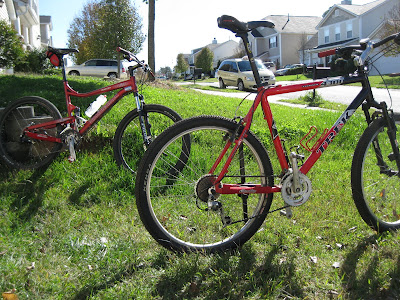 “WTF? I thought you were a Diamondback rider?”

Sorry Goose, but the only thing I had for a short track bike was this old Trek 4300. Why the hell else would I attempt to race a bike made by another manufacturer? It’s not like I want to turn my back on the fine folks at Diamondback just for a shot at short track racing glory. This thing will have to suffice for now, at least until I get my hands on a hardtail Diamondback frame. The short track season is two months away, so I still have plenty of time. I wouldn’t bet all of your money with a bookie thinking I’ll be racing on a frame from Trek next season. If it came down to that, I’ll run the short track series with Goose. The Trek thing is just an experiment to see if I would even enjoy riding a hardtail on the short track stuff. I’ll probably take it out for a spin or two, just to see what happens. I just hope no photographic evidence surfaces of me riding this non-Diamondback. In the meantime, there is a new frame acquisition in the works, I promise. Just hold your horses.
Posted by TheMutt at 7:13 AM