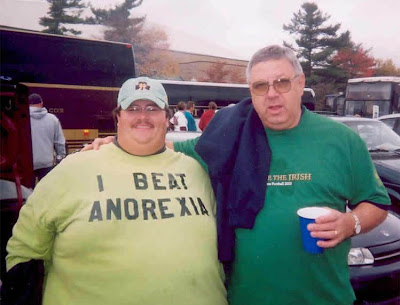 I don’t think this guy will be joining us. He's accomplished enough.

I was the horn da udda day with Mr. Shepard, and I had asked him how his training was progressing. You may notice that he does post on here from time to time, and in his last post he mentioned something about the Space Coast Marathon. He is slated to run this race next Saturday, and his training has been less than stellar up to this point. Nevertheless, he still seems to be looking forward to it. I guess I could run a race with little training too, under the right circumstances. 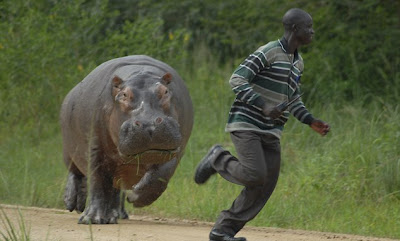 Aparrently this thing is a huge event and things are really crazy. I tend to think that running 26.2 miles in one shot is crazy all by itself, but whatever. Pfffffft. There seems to be a space-related theme to this race, most likely due to its close proximity to the Kennedy Space Center (hence the name Space Coast.) It’s not just regular astronauts though, that would be too easy. There are crazy folks dressed like stormtroopers, and the rest stops even have a “space” theme. Weird. Here is some info that I stole from the website, just in case you were too lazy to click on my linky before.

As part of the celebration of the Space Coast, here are some of the amenities planned this year:

• “Space” Props along course and at finish line area

• Volunteers in NASA-like uniforms and hats


Huh, sounds like fun. All I have to do is run 26.2 miles. I guess I had better get to training. I have a costume in mind too, although it doesn’t really fit into the “space” theme. 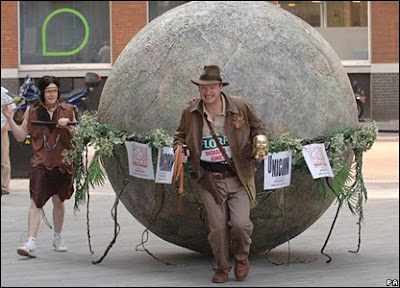 Well, I sure don’t remember signing up for this race. That might be because I didn’t. Wow, I really get distracted on here sometimes. I was actually talking about Mr. Shepherd and his racing adventures. He will most likely provide us with a race recap sometime after the event, but I wanted to give y’all a heads up on it. He hasn’t been able to train a lot for this race I guess, but he should be fine. I know one guy that can run with the best of them, and he doesn’t train that much either. 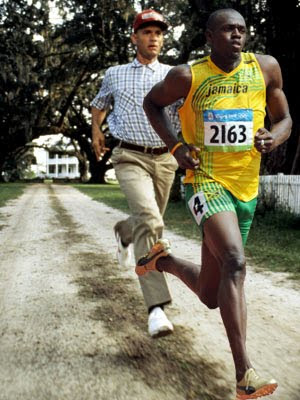 There is only one guy that can outrun Forest Gump.


I’m not really too worried about him being able to run a marathon (I’m sure he isn’t either), since I'm sure he has a pretty good fitness base. If it were me, I would be scared to death. There are so many things that can go wrong with your body when you push it that hard. I have a tendency to freak out about any lack of training (real or perceived), but Mr. Shepherd is as cool as the other side of the pilow in these instances. Still, there are things that can go wrong. 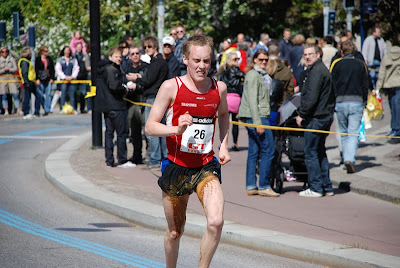 This guy couldn’t hold it I guess. 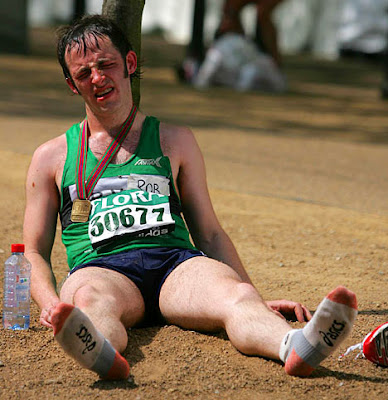 This is what Mr. Shepherd could look like at the end.

I guess Mr. Shepherd will enlighten us on the finer points of marathon racing, in due time. I don’t want to scare anyone away from running (I am a runner myself you know.) I just wanted to give my take on this crazy distance running. I don’t see it in my future as a runner, but Mr. Shepherd is all about that shit. I hope he does well. Instead of parting with the likes of Mr. Half-Dead Guy and Mr. Diarrhea Pants up there, I thought I should leave y’all with some actual images from the happenings at the Space Coast Marathon. I’m out for now. I think I’ll go running today as a matter of fact. See ya Monday. 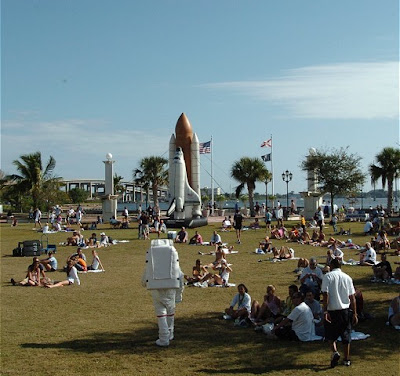 Those people will get burned up when that Space Shuttle takes off. 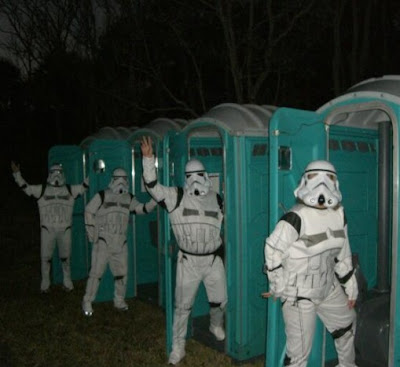 Pooper Troopers.
Posted by TheMutt at 8:53 AM