We cleaned up after the kids ride, and our faithful volunteers Doug and Dawn wanted to do a little more riding. Lunchbox and I were down for it, so we headed back out to the trail for a little leisurely-paced singletrack goodness. It was nice to enjoy the weather and the trail, and not have to worry about trying to break some speed record. The trail was in really great shape considering all the rain we received over the past few days. The four of us took to the trail, and I took a few photos here and there. 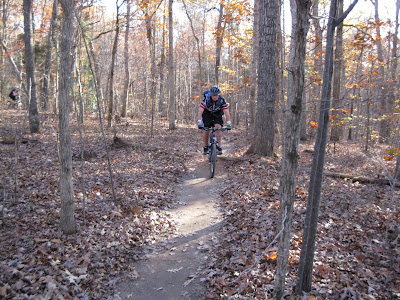 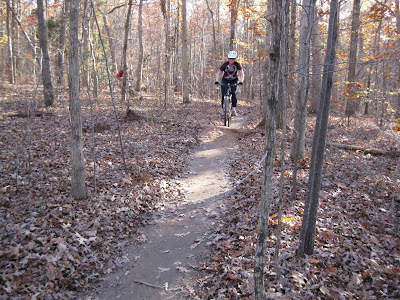 Dawn is riding with a lot more confidence these days. 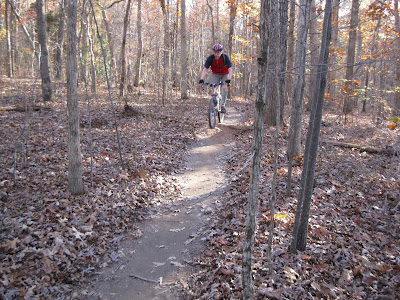 Doug is fearless, even though he crashed shortly before this was taken. He only seems to crash when I’m around. Hmmmm. 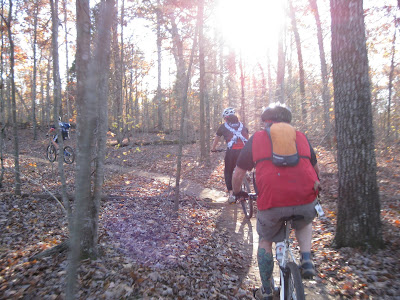 There is a new trail feature at Sherman Branch, made from a fallen tree. I attempted it several times throughout the day, so I wanted some photographic evidence of my accomplishment. Lunchbox and Dawn were both happy to oblige. I sure hope I don’t get camera shy and fall to my death. 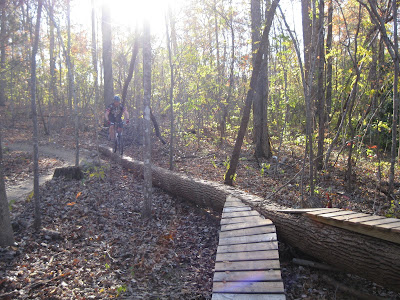 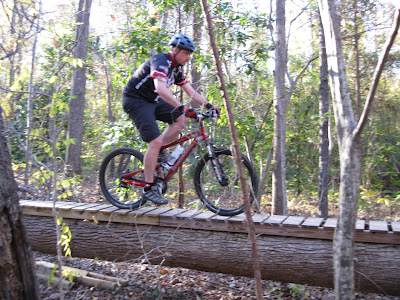 Too late to turn back now, and too high up to bail. 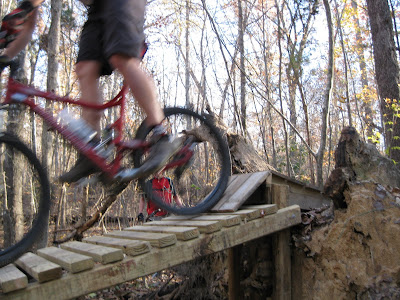 Okay, this one’s blurry, but it gives you an idea of the end of the feature. 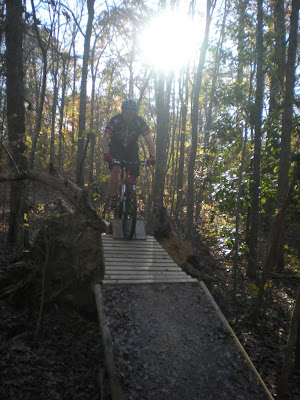 This is the front view of the end of it.

That thing was crazy fun. I think I did it a total of five times, and it became more fun each time. Maybe next time I’ll try it on the unicycle. No, no. That would be too crazy, and crazy is not my speed. Well, sometimes it is. I’d seen enough crazy that day anyway, especially with this odd sight on the way home. 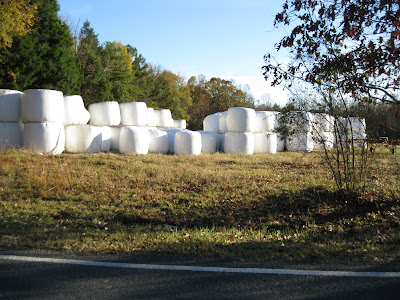 Yay! We found a giant marshmallow farm!
Posted by TheMutt at 7:13 AM