When There’s Nowhere To Turn 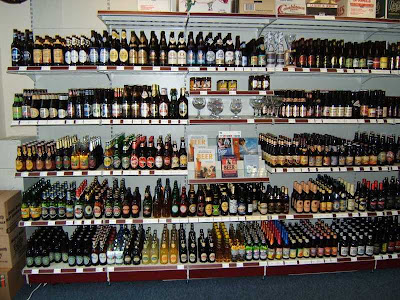 
Not much bike riding plus increased beer consumption means that my “offseason” is going down the shitter in a hurry. I really didn’t want this to happen, and it’s really my own fault. I have alternatives for when the trails close around here, but I’m just not that motivated I guess. We even have a trainer (it’s technically Little Miss Sunshine’s), but I refuse to use it. I’d rather not ride at all than sit in the house pedaling my ass off and going nowhere. I should do something about this lack of riding soon though, or else next season is gonna really suck.


I guess if I’m gonna mention beer, I might as well make myself useful around here and tell you what I’ve been drinking.

First up is the Yellow Snow IPA, from Rogue. 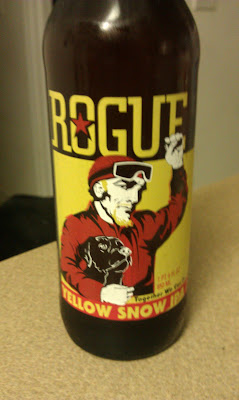 I’ve had it before, but I haven’t been able to find it locally up until recently. It’s very good, but not the tops on my list. With points for a clever name though, I’ll give it a thumbs up. However, this beer does not get a thumbs up. Yuck.


Next up is a brew from one of my favorite companies, New Belgium. 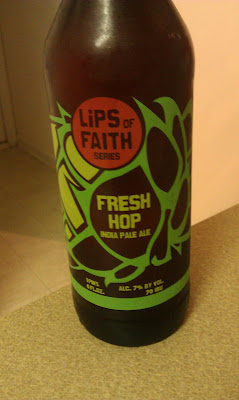 It’s called Fresh Hop, from their Lips of Faith series. I recently discovered this one, and I’m glad. It’s not as strong as the Ranger IPA, but it tastes freaking phenomenal. I may have found a new favorite IPA.


Lastly, I found an Imperial IPA that caters to my need for lots of alcohol and high drinkability. The Unearthly Imperial IPA from Southern Tier in New York State. 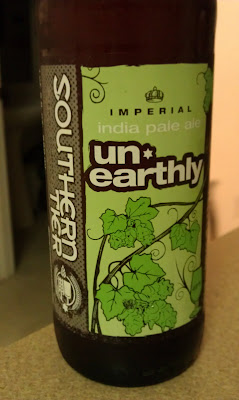 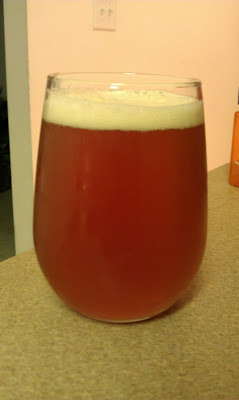 Little Miss Sunshine brought me a few of their fine brews the last time she took a trip back to Buffalo, and I really enjoyed them. Now, their beers are available all over my local area. This new concoction showed up on store shelves recently, and I’ve been a little more than hooked on it. With 9.5% abv, it doesn’t take much to get me going. I am definitely a hop head, and this one does not disappoint.

Speaking of beer, I’m going to a party tonight. The Queen City Bicycles annual holiday party is this evening, and it’s always a good time. Bart (the owner) always invites us local cycling folks to hang out in his shop to drink beer, eat good food, and socialize. He also encourages everyone to bring a canned good to donate to Loaves and Fishes. If you’re local, then I hope to see you there.


What, no bikes today? Well, not mine anyway. If you really have the need, then check out this video.

Come up here Saturday and we'll go hit G'boro...or MST...or Salem...or the trails we do not speak of!!

I have lots of stuff in the afternoon here in town, so an out of town trip is out. You can always come down this way and ride our stuff. I'll work my way up there eventually.