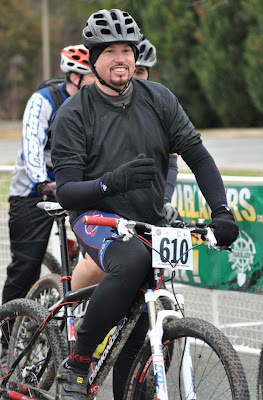 I was happy and thought I felt good at the start.


The knee is feeling better, but I know my troubles are far from over. I’ve had knee problems off an on most of my adult life. I guess it stems from years of playing soccer and riding skateboards in my youth. When I went in the Army back in 1990, things progressively got worse. In 1991, I ended up having surgery on my right knee to repair damage that had accumulated over the years. It was probably a sketchy procedure (because it was done by Army doctors), but I ended up “back to normal” in a few weeks. I say back to normal because in the Army they pretty much make you go back to full speed once you get “medical clearance.” I don’t even know if I ever fully healed.


Years later, I would have issues off and on (including a little bit of arthritis.) I could usually tell if it was gonna rain, be cold, etc., but I learned to deal with it. If I spent too much time aggravating my knee, it would swell and I would have to stay off of it for a few days. About two years ago it started getting worse again, so I finally broke down and went to the doctor. I ended up getting a cortisone shot, and things were okay for a while. I guess I’m back to needing some kind of medical attention.


I will be better, and I’m not sure if I’ll end up visiting any kind of medical professional again unless I can’t walk and/or ride my bike at all. It’s way too early in the season to have this kind of trouble, and I don’t want to end up screwing it all up by having to stay off the bike. I stopped running quite a while ago to be able to keep biking, but maybe that’s not enough. I’ll figure something out I guess.


I other news, I guess my race wasn’t as bad as I thought. Sure, I went down a few places from last week, but I didn’t finish anywhere near DFL. I was able to keep riding, but I wasn’t able to stand up and power through the climbs. That’s what made it so hard to chase down the leaders and keep Big Tater off my wheel. I somehow survived, but there was no way in hell I could’ve raced in the single speed class. If I feel up to it, I’ll try to do both races this weekend. If not, then I guess I’ll just sit around on my ass and spectate. It kinda sucks to watch everyone else race and explain to them why I’m not.


I did find a few more photos of my “race” though: 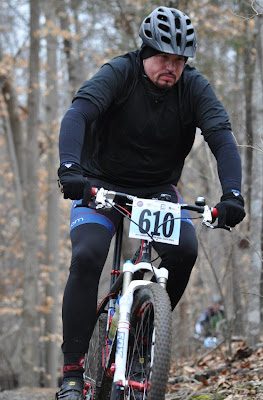 It hurt like hell every time I pushed down the pedal, but I somehow kept going. 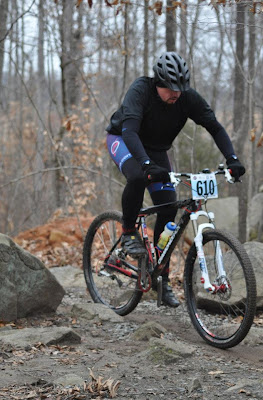 I was in the smallest gear possible, which meant that I was going really slow.

The above photos were found on the Winter Short Track Series Facebook page.


You might wonder what the hell I was wearing, since last week I was all decked out in my Bike29 kit. Well, since it was muddy out there on the Short Track, I didn’t want to ruin my kit (I did that once before a few years ago when I rode for someone else.) Instead, I opted for a plain black jersey and something that George sent me a while back. 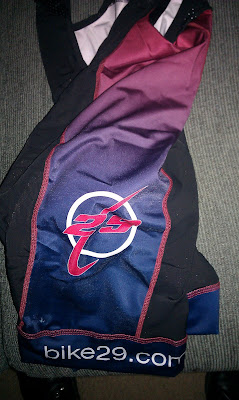 It’s gonna be a long season, and I don’t want to race all year with a mud-spotted team kit. I’m not very good at laundry stuff, so I took the easy way out. I guess there are worse problems out there though.

See y’all tomorrow with more crap and nonsense.
Posted by TheMutt at 8:45 AM

Take it easy on that knee! Get yourself a foam roller and roll out your IT bands, it hurts like hell, but it does help. And do stretches. And get plenty of warm up tim before going turbo. And stop getting older

I will try to make it this weekend so you are guaranteed not to place last. I'm having a hard time getting use top my new name. Mrryde is working hard to get this name to stick and looks like you are giving it equal effort. Guess I'm along for the ride. New names are being thought of now for both of you.

take care of those knees like George said, ya only got 2 and they ain't gettin younger

Got a foam roller, and I'll get right on that. Gotta be ready for SSUSA!

And sadly, I know I'm not getting any younger.

Big Tater, we already have names. See you Sunday.