Yesterday was the first race in the 2012 Winter Short Track Series, and it was a family affair. I won’t make today’s post all about me though, and it’s for a couple of reasons. First, Little Miss Sunshine and Lunchbox did their racing thing and second, I don’t have any photos yet. Lunchbox got photos from my race, but he took off last night with my mom and has the camera. I’ll hopefully get those up here tomorrow.

The first race of the season is always the most difficult, so to even get out there and do it is tough. Little Miss Sunshine was really excited, but like most of us she was nervous too. Since she’s now racing for a new team this season, there was a lot more stress involved. All that goes away when the race starts though. 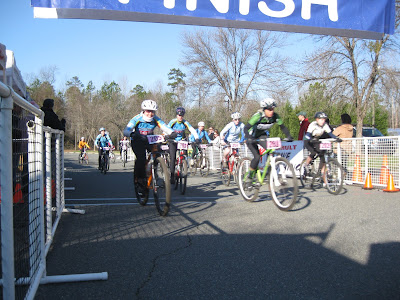 She took off at a pretty good pace, but she didn’t go all out. There was a huge group in her class, so she just took her time and made the best of the crowded conditions. I know one thing, she was happy to be racing the series this year on her new bike. 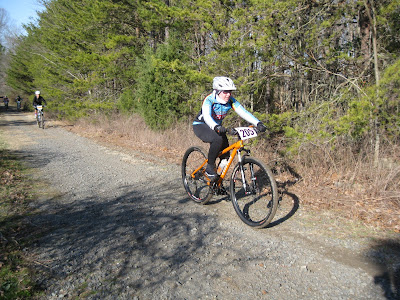 It was pretty freaking cold out there when she started, in case you were wondering why she was bundled up like she was going on an arctic expedition. She did warm up pretty quickly though, especially after the little bit of climbing out there. 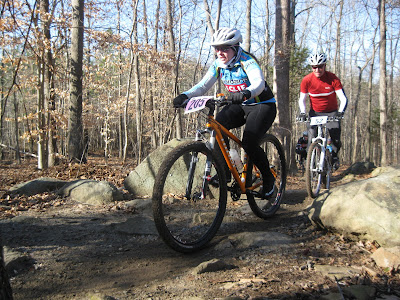 She rode hard, even though it was tough to be out there in the cold for the first time this season. She held her ground and gave it her best. 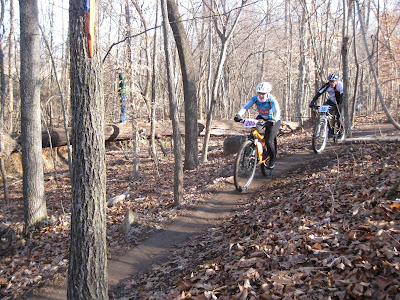 Lunchbox probably got some better photos with his fancy new camera by the way, but those will most likely and up on here at a later date.

After thirty minutes, it was all over. She crossed the finish line in 13th place, far from DFL. I was proud of her, and I know she was glad to have that first race under her belt.

My race was next, but since I’m such a shitty storyteller you’ll have to wait until I get some photos.

Before I got ready to race, I grabbed the camera to document Lunchbox’s first race of the season. I didn’t even have to pressure him into racing…he wanted to on his own. He hasn’t been training (like most of us), but he was ready to give it his best. 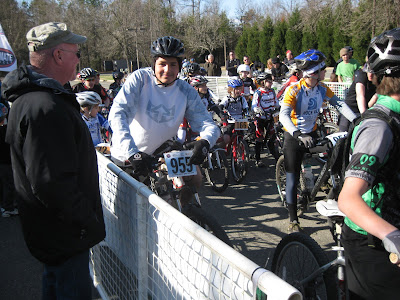 His first lap was pretty fast, until the climb out. He wasn’t ready for this, but he still pushed himself out there. I had a short conversation with him on the fire road climb.

Me: Are you dying?

Me: Good, that means you are working hard enough.

He gave it his best for the thirty minute race, and kept up a good pace in the woods. 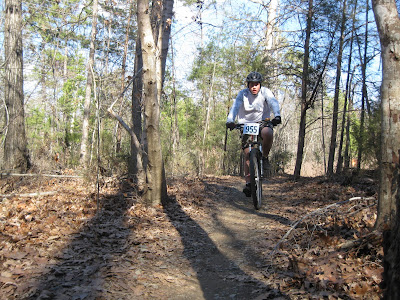 With one lap to go, he gave it all he had to sprint to the finish line. I think he ended up in 10th place, which also means he wasn’t DFL. He was happy to cross the finish line with everyone cheering for him (he’s pretty popular with the locals.) 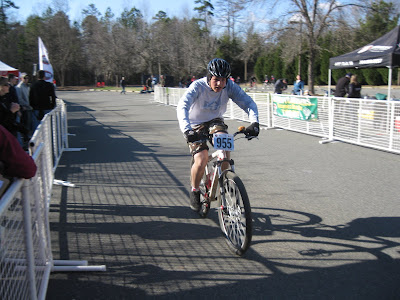 Two races down, and I didn’t even talk about me. What the hell is this blog coming to? Don’t worry, I’ll make sure that tomorrow is all about me. For now though, I am proud of my family for getting out there and riding hard to kick off the 2012 season. See y’all tomorrow.
Posted by TheMutt at 9:04 AM