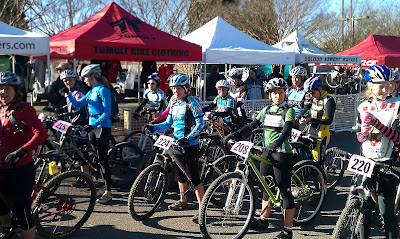 You see, it’s not always about me around here. Mostly, but not always. The rest of the family got out and raced again on Sunday, and it looks like they had a blast. Little Miss Sunshine started the day off with a 10:00 race, and she felt pretty good. She took off with the group, and it looked like she was pacing herself (most likely to keep from breaking my heart rate record.) She hit the trail fast, and Lunchbox was out there to capture the action. 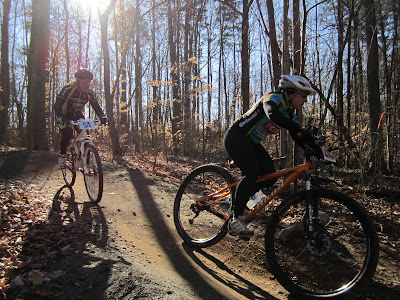 She was really giving it her all after a while, as you can see in this photo: 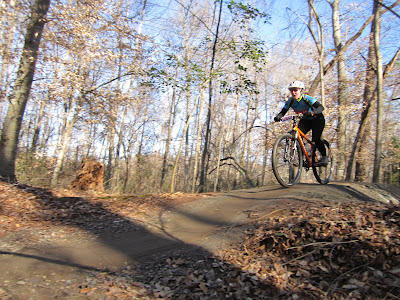 Six laps later, it was over. She raced hard, and didn’t feel like poo afterwards. With a solid 10th place finish, she did well out there. For someone that doesn’t normally race, she is getting pretty good at it…and fast. I see this season being a really good one for her.


I raced next, but I already talked about that. I did find a really cool picture though that makes me look like I’m riding a really tiny bike. 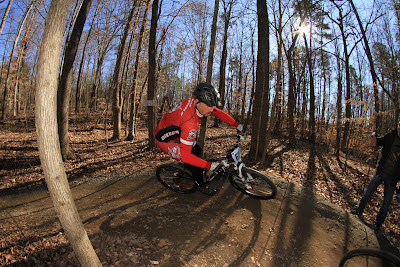 
Anyway, Lunchbox was up next. I didn’t pressure him to get out there, either. He wanted to get out and see what he could do on the trail. Initially he wanted to race in the Clydesdale class with me (he’s like 215 lbs), but he decided to stick to the Junior class and “compete” against the small, frail, racer children out there. 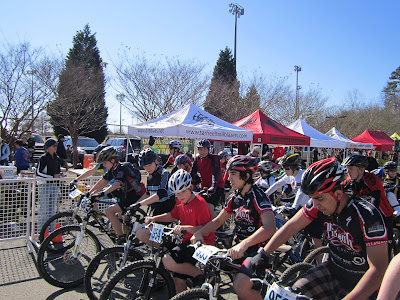 He took off, fighting for position. I think he got into the woods around 6th, and held on for the ride. 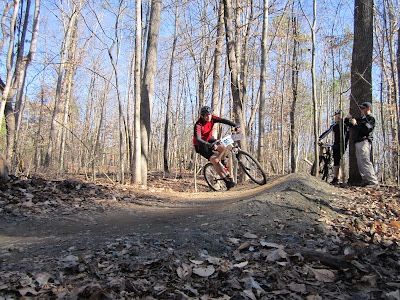 His goal was to at least beat someone, so he pushed as hard as he could and tried to keep the group in sight. He kept a great pace, and didn’t really slow down too much over the course of the race. On one lap though, I waited for him to come by so I could get a photo. One of the “too fast for Juniors” racers tried to make a pass on a not-so-skilled rider, and caused a bit of a pile up. Lunchbox got caught up in it, and it knocked him back off the pack a bit. He got going again, and I got my photo. 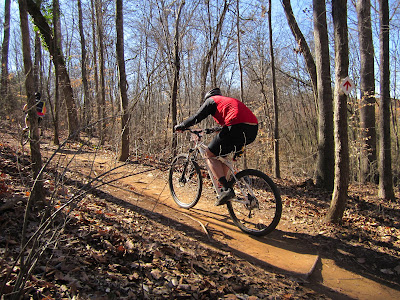 I sprinted up the trail, hoping to catch him on the fire road climb. He was struggling to catch his breath a little, but he was riding strong. 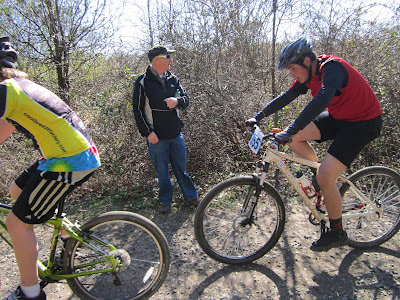 One lap to go, and he was almost there. Alex Hawn was there to capture his photo again (along with providing a kick-ass cheering section) as he climbed over the rock garden. 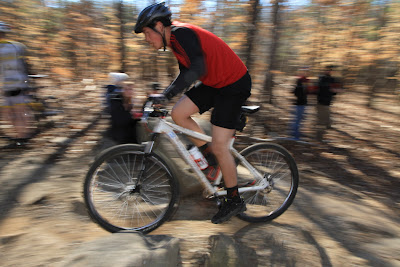 He crossed the finish line in 13th place, which coincidentally is his lucky number. He also made his goal of beating someone, so he was pretty happy. I bet he’ll be up for a race this weekend too.


That’s it for today. Once again I’ve gone on too long, and I can’t blow it all at once. I’ll be back tomorrow with most likely will be a recap of my single speed “race.”