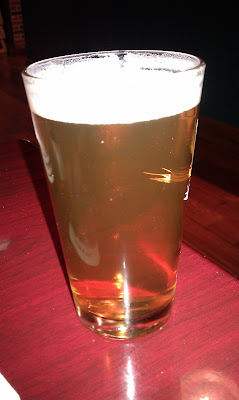 I’m getting ahead of myself…sorry.


I was pretty worried about race number three in the 2012 Winter Short Track Series, since I had no idea how my knee would hold up under race conditions. Since I had knee issues, I couldn’t really ride very much during the week either. I wondered if I could even compete at all. Turns out this race was better than I expected.


I felt great before the start, and decided that I would push it as hard as I could. For the first time ever in a race, I wore my heart rate monitor. I was always afraid of what I would see, but this time I figured why not. Turns out I would be surprised.


When we took off, I fought hard to get up front. I entered the single track in second place, and pushed hard to stay with the leader. The pack was pretty close together, and I would have to keep this fast pace to remain competitive. When I hit the climb out, I was feeling the effects of riding so hard. A couple of guys went by me on the fire road, and for the first time I glanced down at the display on the heart rate monitor. It read 191. Holy shit, I’m gonna die (I’ve never seen it that high before.)


As I crossed the line and headed out for lap two I was still moving fast. I couldn’t afford to take it easy to slow down my heart rate, so I pushed it even harder and tried to recover a little bit on the downhill. 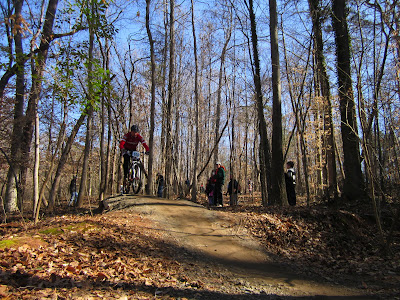 I was fighting to keep from getting dropped, and I knew that some guys were gunning for me. Mr. Ryde caught up to me on the fire road, and went right on by. I tried my best to stay with him, and I told myself I wasn’t about to let him out of my sight. I yelled to him that my heart rate was 191 (still), and I wondered how the hell I could keep this up. I stayed with him on the next lap, and decided I would catch him again on the fireroad even if it killed me. Meanwhile Lunchbox was still snapping photos. 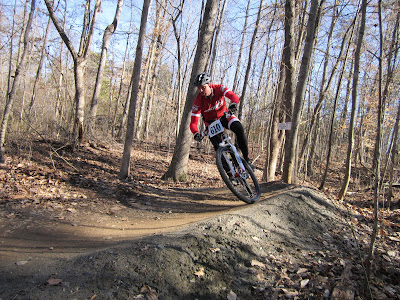 When I hit the fireroad I made my move. I pushed as hard as I could possibly push, and I looked down again to check my heart rate. This time it read 193. Looks like I found my new max heart rate. I mashed by Mr. Ryde and left him way back somehow.


I crossed the start/finish line, rounded the corner in the parking lot, and saw that I was being hunted down. Mr. Ryde, Rodney B., Big John, and local bike shop owner Mark were making their move to catch me, so I made the decision to put it all out there. I took off as fast as I could, hoping to put a big gap between us. 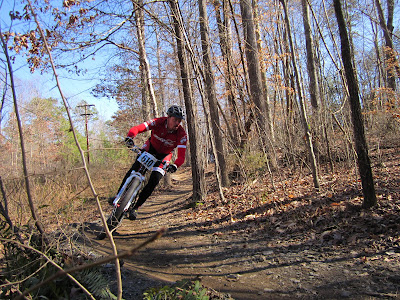 My heart rate never got higher than 193, but it also never went below 180 the whole race. Eventually I saw no one in my class behind me, and I had just passed another guy in my group. When it was announced that we had one lap to go, I gave it everything I had left. I was having fun, even while maxing out my heart rate again. 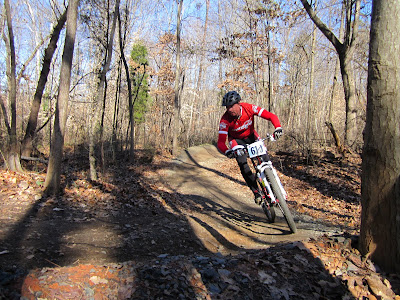 I climbed up the fire road as fast as I could, constantly checking behind me to see if anyone had caught back up. I was all alone as I crossed the finish line, and I felt like my heart was gonna explode. Later when I checked the results, I found out that I had finished in a respectable 4th place. In fact, I had surpassed my personal best for a lap time out there, turning a 3:40 on one of my laps. I almost died to get it, but it was worth it.


I gave it my best effort, and ran my fastest time. I had no issues at all with my knee, and my fitness seemed to be just fine. Hopefully I can do the same thing next week.


It was a good day for racing. Little Miss Sunshine raced, and so did Lunchbox. I even decided to go back out on the single speed to wear out whatever legs I had left. More on that stuff tomorrow.

You made your move at the right time. My plan was to hang back and and try and pass on the fire road again, but you lapped some of the Beginner racers before the trail entrance and got stuck behind them. Never saw you after that. Good Race!

Thanks for pushing me. I had a helluva a time getting around those guys too. Hopefully we can do it all again this weekend.