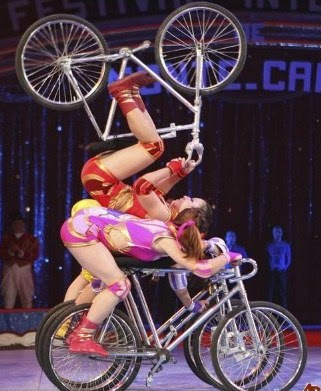 Looking at my upcoming schedule, it looks like once again I will be all over the place for races. I kinda dig the traveling, but it does take its toll on me at the end of the season. This year will actually be more traveling, which means more miles in my truck than on my bike. Maybe I should do something about that lopsided statistic.


Since I already mentioned my plans for January and February, I guess I can move on to March. That month kicks off with the Southern Classic.

At a little over two and a half hours away, I hope it’s worth the drive. I’ve never ridden on the trails at the Manchester State Forest, so I have no idea what I’m in for. Since it’s the first race in the season though, I guess I’ll most likely be there. I hope the start time isn’t too early, or else it’s gonna be a long day.

Just one week later, I’ll be travelling to the state just north of me for the third year in a row. I like the trails in Danville, so I’m looking forward to this one.

I’m a little disappointed with this one. Although I ended up on the podium last year, the trails weren’t really all that fun (for the length of the drive there anyway.) This race last year replaced Uwharrie on the schedule, so I was hoping that it would go away this year. I’d really like to have a Southern Classic Series race in Uwharrie, but it looks like it’s not gonna happen. Shit.

I’m out for this one. Too far to drive plus too early of a start time. Besides, I have a big event less than a week from then anyway. Plus, The New Belgium Urban Assault ride has been moved to this date. Probably in for that.

Taking a short break from the Southern Classic Series to race a six hour event should be lots of fun. I’m already signed up (duh, since they sold out so quickly), and I really love this event. This will be my third year in a row at Warrior Creek. Maybe we won’t get shitty weather again this year so I can actually ride dry trails.

I did this one last year, and I wouldn’t miss it. It was a lot of fun, and now that I actually know the trail a little bit I might enjoy it even more.

This one was good last year (expect for my warm-up snafu), so I’m looking forward to it. You can haul ass on the mostly flat trails down there, so that’s a plus. I may even bring the single speed for it.

This one was a bitch, but I had a good time. I can’t wait to climb that big ass Derby Hill again.

Since this one pretty much in my backyard, I pretty much have to do it. I won it a few years back, so I should step it up if I plan on repeating that feat. Besides, it’s a fundraiser for our local club, the Tarheel Trailblazers.


I’ll stop here for now. It looks like a busy season so far, and there’s more to come. I just have to sort it all out. See y’all tomorrow.
Posted by TheMutt at 7:28 AM

Yeah bro that sound's like alot of mile's. I would be two tierd from all the driving to get on the bike and race more freaken mile's.

Ha, check it out. My brother is leaving comments now. I forgot to mention that I may try to get out to Vegas this year too. I'll definitely come see you if I do.