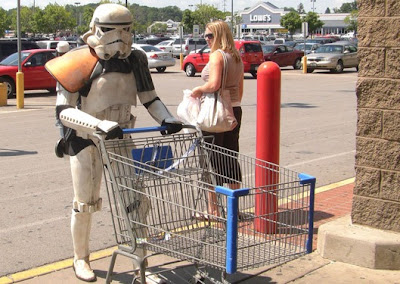 For bike parts, that is. I didn’t really need anything, but that doesn’t usually stop me. Okay, I think I might need one of these things.

Check out what showed up from Misfit Psycles da udda day: 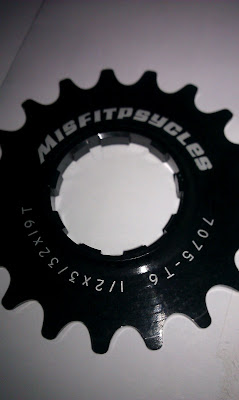 While I am usually afraid of all things from Canada, I decided to give this a shot. A 19 tooth cog for my single speed bike might make things a little easier, but now I’m not so sure I want to use it yet. I survived 8 laps in a race riding an 18 tooth cog, so why would I even think about making it easier? The whole point of riding a single speed is to get stronger, so changing out to an easier cog is probably not a good idea. I guess I’ll just save it for another time.


Next up is something I really didn’t need, but for some reason I just had to have it. 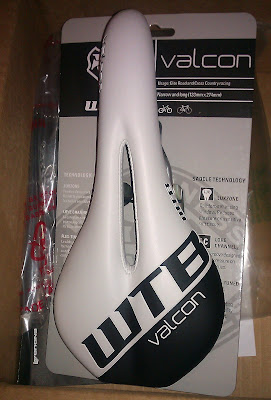 
I can never make up my mind on bike shit, but when I finally do find something I stick to it. The Silverado had become my favorite saddle, but I’m hoping that the Valcon is close enough to it and I won’t notice the difference or maybe even like it better. I always have to learn the hard way (by wasting money sometimes.)


In other news, last night I finished building a bike out of spare parts (sorry, no photos.) I had a lot of shit that wasn't being used, so I put all that shit on a frame that wasn't being used to build a bike that won't be used (by me anyway.) Maybe it can find its way to someone else that needs a bike. The wheels are too small for me anyway. More details another time if I feel like it.


I guess that’s it for today. I have to get back to my “training.” 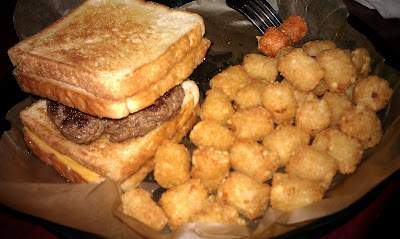 Yeah, your saddle has a wiener slot.

Yeah, where else am I gonna put it when I ride?

What the hell is that burger thing?

It's a "Hungover Cyclist" from a restaurant called Kickstand here in Charlotte. A burger in the middle of two grilled cheese sandwiches. If I ever find myself having to request a last meal, that would be it.