I’m Afraid There’s Not Much To Tell 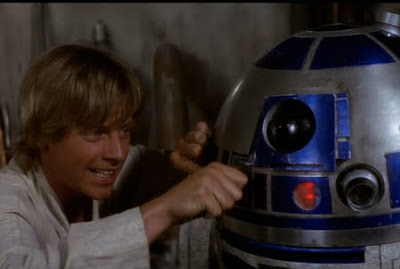 As much as I want to give you a great story about a great race at the Winter Short Track, it ain’t gonna happen today. I did pretty well last week, so I guess the pressure was on to keep it up. Quite a few new people jumped into my category in yesterday’s race, and coupled with a wet trail from a shitload of rain the pressure was turned up even more. None of that shit really affected me though. Something else happened that was much, much worse.


The race started, and I wanted to get my ass in the woods first. I took off from the line, and I felt my right knee pop. As I rounded the corner to head to the singletrack, I was in a lot of pain. It hurt like hell when I stood up on the pedals, so I had to sit and spin. At that point I wasn’t about to catch the three or four guys ahead of me, and I even let two more go by. As bad as I wanted to sprint my way to a big gap, it wasn’t happening.


I was okay as long as I didn’t stand up and mash, so I knew I would be okay on the downhill stuff. The trail was a little sloppy, but manageable. I had Mr. Ryde hot on my wheel though, and I had to lose him somehow. 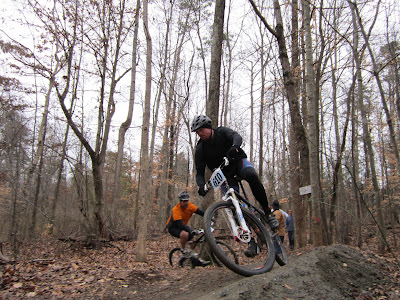 All photos by Lunchbox.


It didn’t take long before he caught up and passed me. After climbing out in the smallest gear possible, I was falling way behind. I let him go, and hoped that my knee would feel better so I could get back in the race. I stuck to the plan, which was to go as fast as I could on the downhill, and try to spin up the climbs until I felt better. I started passing some people, but they weren’t in my class. 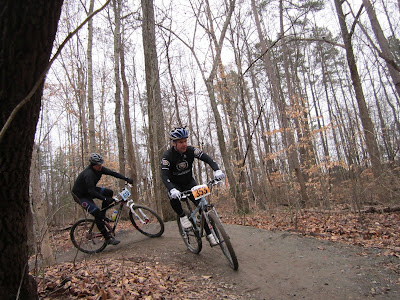 Every lap made things worse. I couldn’t seem to pick up any speed, and I nearly got passed by more people in my class. One thing for sure, I wasn’t gonna let Big Tater catch me. 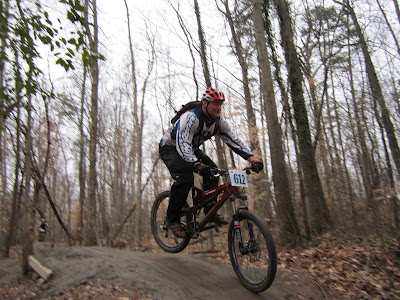 Big Tater (with his 65 pound bike) was back there somewhere, and I was afraid he would creep up on me in my weakened condition. I rode as fast as I could, and hoped that I could last through the race. Mr. Ryde wasn’t that far ahead anyway. 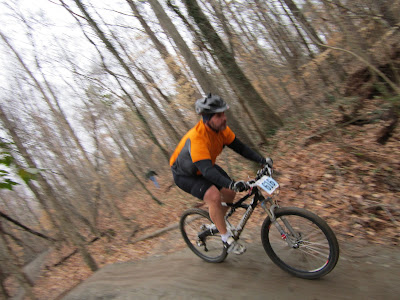 I wanted to go faster, but it wasn’t happening. My knee wasn’t getting any better (why would it), so I just held on to whatever I had and continued to enjoy the downhills. 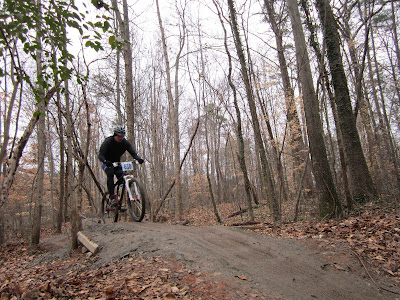 When the call came for one lap to go, I was on my way out of the trail. I pushed as hard as I could without standing up, and managed to make it out with out totally destroying my knee. I ended up in 8th place, which I guess wasn’t so bad.

Was it worth it?

I guess I’ll have to see how my knee feels. So far it’s shitty.

When I hobbled around after my race, I noticed that one of my teammates was getting ready for his race. 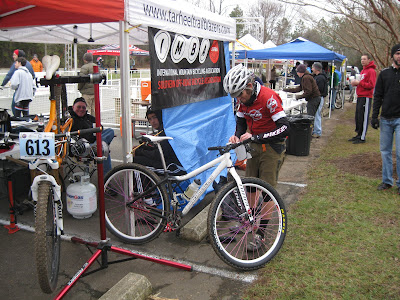 Would I get to go up against him in my second race?

You probably already know the answer to that. See you tomorrow.
Posted by TheMutt at 7:51 AM

Had fun cruising behind you and being lapped by mrryde! 65 pounds of pure adrenaline

Big Tater! Love it... reminds me of this... http://video.search.yahoo.com/search/video;_ylt=A0oG7nXjcx1PPFQACaBXNyoA?p=ron+white+tater&fr=yfp-t-701&fr2=piv-web

Hope the knee is better.
See you next week.... ugh!

Yup, if you show up on here enough you get a nickname. Big Tater fits the bill, although I can't take the credit for making it up.

Thanks to Robbie for Billy's new moniker. (you will probably get a name too eventually.)

That sucks dude. There was no way I would have caught you if your knee wasn't borked. I didn't have the best day out there yesterday either, but there is always next week. Lapping Big Tater was a highlight though :)