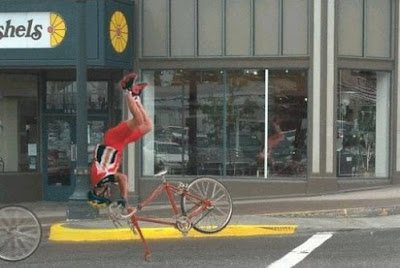 Let’s hope I can make it through.


With what is already shaping up to be a long season, it appears as if I only made it halfway. Shit, just listing the racing that I’ll be doing is wearing me out. With all of the traveling, racing, and beer drinking, I wonder if I will finish strong…or finish at all. I guess I'll let you know the rest of my proposed schedule.


It looks like I’ll have a little over a month to “recover" after the Riverfront Classic in May, with the next race coming up on…

The date of the Tree Shaker has been moved from the much cooler month of October to the hot as the Devil’s ass crack month of June. I’m not really digging the fact that I could end up riding for twelve hours in the summer, so I haven’t made up my mind about racing it yet. The other factor is the next race in the Southern Classic on…

I don’t really remember much about racing down in Clemson last year, other than the fact that it was hot…and pretty tough. I got a great photo out of it though. 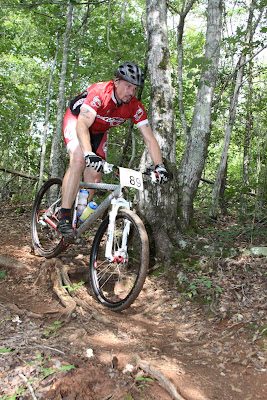 That photo is so last year.

Anyway, the worst part was trying to find beer in a dry town (on Sundays), so my memory of the day is pretty fuzzy (we eventually found beer and some good grub in a nearby city.) I may do Clemson again this year. It’s a helluva drive down there, but at least this time I’ll know what to expect. I guess it depends on how far I want to drive, and whether or not I do the Tree Shaker.

There are only two races in June on the calendar, and both of them are the same weekend. Shit. Moving on to July I guess.

This race wasn’t on the schedule last year. Hell, I’ve never ridden this trail either. I’ll most likely be in because a) I like to race on unfamiliar trails, and b) It’s only about an hour away. I’ll need all the riding time I can get anyway, because the big one is up next.

Yep, that’s right, Single Speed USA. I’m heading to Vermont, the land of maple syrup, Bigfoot, and of course, George. I’ve never been there before, so I figured, “What the hell.” While I probably have no business participating in a race like this, I really shouldn’t be under any pressure to be all serious and do well. Like George told me one time, “We ride fucking bicycles.” That put it all in perspective for me. This will be a super long road trip (I don’t like to fly), and hopefully will involve a shitload of beer drinking (after the race, not while driving.) I will even get to finally visit the Bike29 mothership. Freaking awesome.


August has three races in the Southern Classic Series, but I’m skipping the first one at Fontana Village on August 5th. No interest in driving that far so early in the morning. I’ll find something else to do.

I did this one last year, and got my only DNF for the season when I broke my chain. I didn’t view that race as a waste of my time, since Lunchbox and I were already kind of passing by there on our way to vacation in Washington, D.C. I hope that this year’s race is much better. By the way, we’ll probably be doing the D.C. thing again afterwards.

The season finale. I got on the podium last year, and I really enjoy the course there. I’m definitely in for that one, and hopefully I can end up with the win this time for the series.

The date for this one was moved too, and I think I might enjoy it more because of this. I’m most likely in for it, and it should be the final race of my season.


That’s pretty much it. There are a few other races I may or may not do, but as you can see I have a pretty full plate already. I may even try to squeeze in a trip to Florida to ride with Mr. Shepherd, and this time I could possibly bring Little Miss Sunshine along. She will have a pretty busy schedule herself, especially since she is on a new team for the upcoming season. It’s gonna be busy as shit around here, and I wouldn’t have it any other way.
Posted by TheMutt at 8:27 AM

Do you race the summer series in Charlotte at all?

I try to do a few of the Summer Series races, but it's tough to get to them after work.

@Marcus, I don't really run anymore, so XTERRAs are out for the time being. I do miss it though.

Huh? No Burn 24 after the Riverfront. It fits right into your schedule nicely ;)

Maybe on the Burn. Not sure yet