Training Is For Suckers 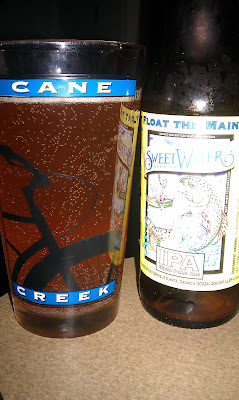 But I have to do a little more than drink beer to have a shot at a decent season. So, training it is. Saturday, the Space Cowboy and I headed out to the local short track to prepare for the Winter Series that starts this weekend. We were there for some “serious” training, so I didn’t even take one photo of our adventures out there.

We did some hot laps, socialized with some of the local riders, and called it a day…at least on the bikes. We loaded up our bikes for another mission, but my lack of paying attention almost cost me a new bike. 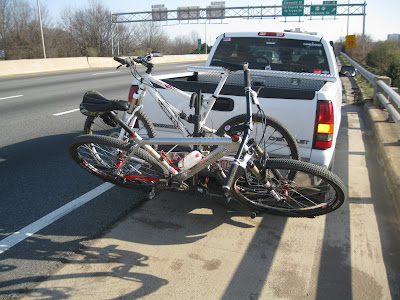 This just in: make sure you check the bike rack when you put bikes on them. Dumbass me. Oh well.


After nearly loosing my bike, we secured everything and got back on the road. Our destination? Well, it involved beer of course. 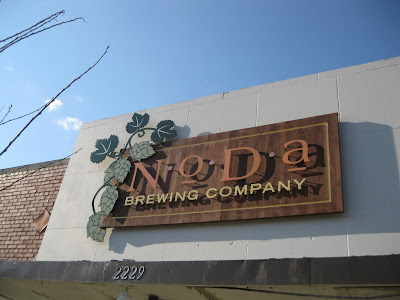 We stopped by our area’s newest local brewery, NoDa Brewing Company for a little post ride “recovery.” We just followed the signs to the Tap Room. 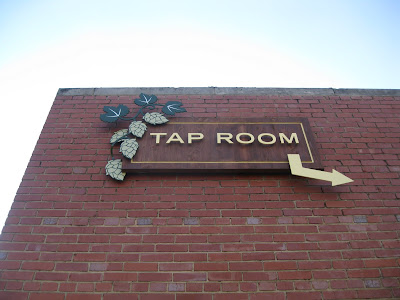 After sitting down at the bar, we decided to sample some beer. I tried a very interesting sweet potato ale (on tap from a "guest" brewery), and followed it up with a pint of their signature IPA, Hop Drop and Roll. 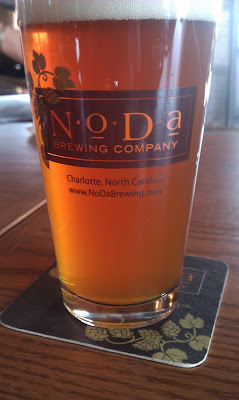 It was freaking awesome. Don’t you agree, officer? 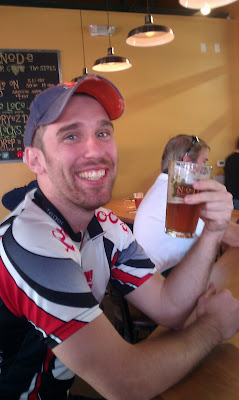 We sat there a while, and the place started getting pretty crowded. We watched as they ran through the kegs to appease the thirsty customers. 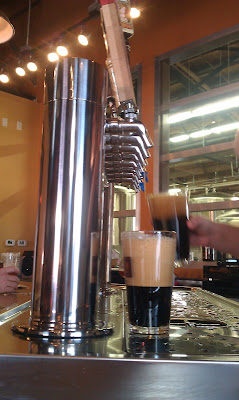 After grabbing a growler of their NoDaRyeZ’d double rye India Pale Ale, we were out. I had some stuff to do at the house, but I think the Space Cowboy went back there later. If you get a chance while you’re in Charlotte, I suggest you stop by. I’ve been there several times already, and I am hooked. Well, it’s easy to get me hooked on good beer, so maybe you shouldn’t take my word for it.

So much for training, huh?
Posted by TheMutt at 8:31 AM

DUDE!! That is crazy scary about your bike. Lock that thing up!!

And I'll be sure to check out NoDa next time I'm down...