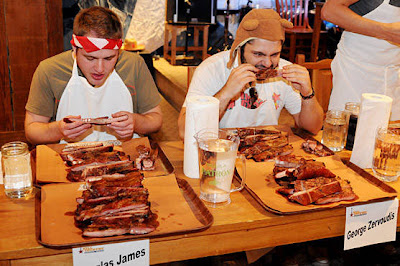 Okay, not that kind of training. With a nice weekend on the horizon, it’s time for me to get out on the bike for some “quality time.” I’ve been riding a little bit during the week now, but it’s been really cold and I’m just not ready for long freezing night rides just yet. I’m easing into it. One good thing though, Captain Jim Bob’s Space Adventure is in my neighborhood. Lunchbox and I have been riding our short, but fun singletrack. 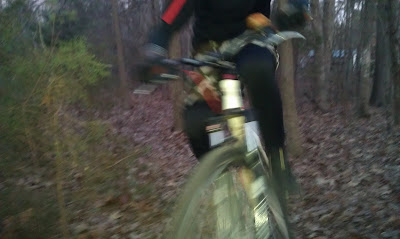 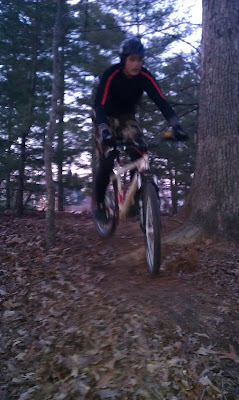 Lunchbox riding on one of the few roots out there. 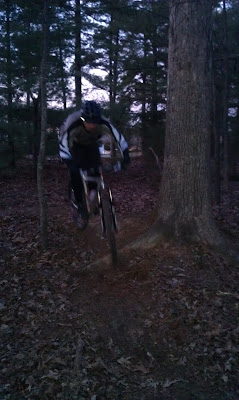 I happened to get photographed in the exact same spot.


While we do have a decent trail literally around the corner from the house, I don’t plan on spending too much time there on the weekends (until the trail work resumes.) I’m thinking that on Saturday we’ll take ourselves over to the local short track for some hot laps in anticipation of the Winter Short Track Series starting in a little over a week. I’ll bring the single speed, so I can see how my 32X18 gearing will feel out there. I hope it works well, because I have no other cogs to swap out. I guess I should grab a few more. I know Bike29 has some. Maybe I’ll give George a call.


In other news, I just got the raddest shirt ever. Little Miss Sunshine ordered it for me for Christmas, but it showed up late. It was shipped from somewhere in Canada, so I guess it was held up in customs or something. That’s probably what happened to some other stuff she ordered for me from Canada. I’m still waiting for my other mystery present from there.

Anyway, check out my new shirt. 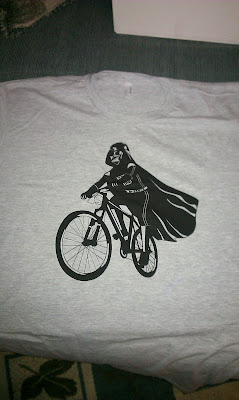 Star Wars and bikes, two of my favorite things of course. You can’t get anymore badass than Darth Vader riding a bicycle. Well, unless you ran into Boba Fett at the airport. 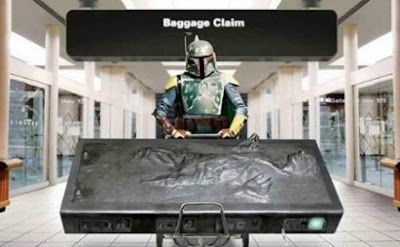 And on that note, I’m out. I’ll see y’all Monday or something like that.
Posted by TheMutt at 8:00 AM

that rib eat off has my mouth watering!
oh and I heard Darth got tazzed by some cop

It was his destiny to get taken down by the cops.