You know, in spite of what I wrote yesterday.  Keep those guys in your thoughts (and prayers if you do that sort of thing.)

Saturday was the Big Bingo Ride here in Charlotte, and a whole mess of us met up down on the south end of the city to participate. 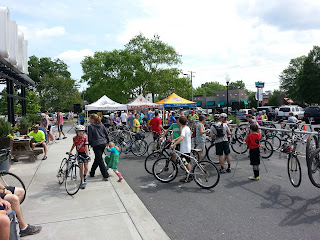 The object was to ride through a predetermined route while stopping at certain checkpoints along the way to get numbers for your bingo card.  We rolled out at a casual pace towards the first checkpoint, while some people were treating it like a race.  Good Guy Greg and I spent the first leg chatting with Faster Mustache team member Zac about single speed gear choices and whatnot, and when we arrived at the Common Market South we almost forgot to go in to check our numbers.  I guess we were more concerned with the social aspect and riding rather than the bingo.

We got separated form the group, but eventually we caught back up.  The next stop was the McGill Rose Garden, which was pretty neat I guess.  I’d never been there before, but it was pretty…what with all the flowers and junk. 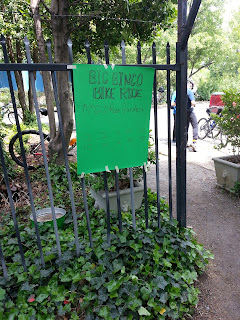 We got our bingo numbers, and watched as one staff member sifted through used coffee grounds for some reason. 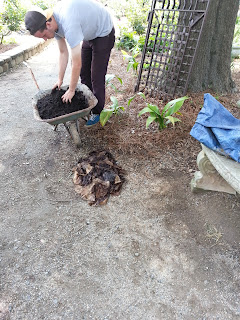 The next stop was just up the road at the Trips For Kids Recyclery. 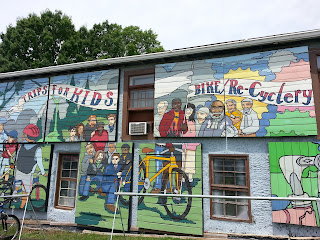 We nosed around there for a bit, and once again got separated from the group because good Guy Greg and I were too busy checking out bikes.  We eventually caught back up again, but only because I had to really pay attention to the arrows marking the course.  I kid, it was actually the easiest navigation I’ve ever done in my life.

Rolling up the street towards the next stop, we passed a place that wasn’t on the route but we couldn’t pass up.  I mean, I like beer and all. 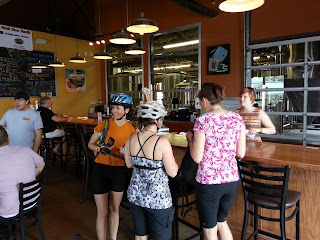 It was as if the whole group was drawn to the NoDa Brewing Company, and it was a welcome stop on a warm, sunny day. 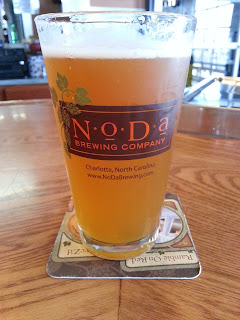 The ride was good so far, but the fun factor increased exponentially after that.  After only one beer, we managed to pedal up the road to Smelly Cat Coffee. 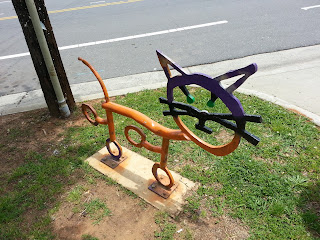 We had some cold coffee and brownies, grabbed our bingo numbers, and made the trek down to Common Market (again, but this was a different one.) 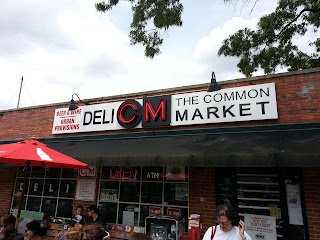 And of course we had more beer. 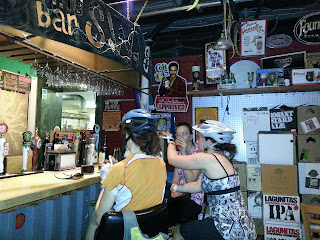 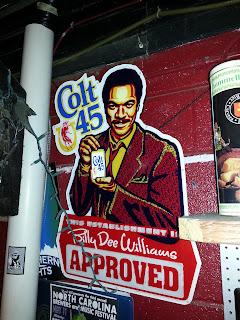 And everybody was Kung Fu fighting. 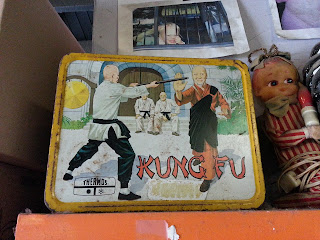 At this point I was really hungry (and still didn’t have Bingo), so I was happy that one of the next stops was for frozen yogurt. 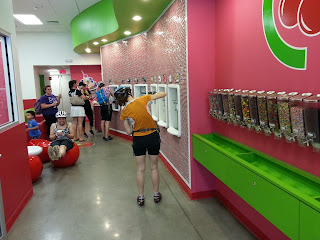 They gave us cups that we could fill up however we wanted, and I made the most of it. 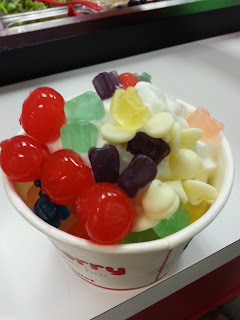 Maybe I was drunk or something.

With only a few stops to go, I was starting to think that I would never get Bingo.  We had to hurry, because all that stopping for beer had put us way too close to the cutoff time.  We rushed though the last couple of checkpoints to head to the finish, and it was still pretty fun. 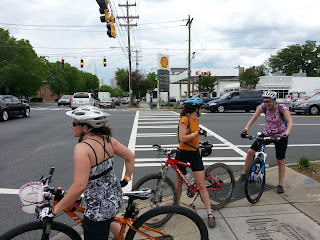 We were one of the last groups to roll in, and I bet we had the most fun.  It was probably the slowest I’ve ever ridden a bike in my adult life, and I don’t even think I got the slightest bit tired.  We drank a few more beers, ate some food, and reflected on how great of an event that was.  Riding around the city for beer and food is pretty cool, and hopefully a lot of people realized how easy it is to get around on a bike in .