So I’ll drag shit out as much as possible.

Instead of riding in the rain (or even racing like a lot of my crazy friends did over the weekend), we had a nice, relaxing weekend.  Lunchbox and I had a plan, and it started with this: 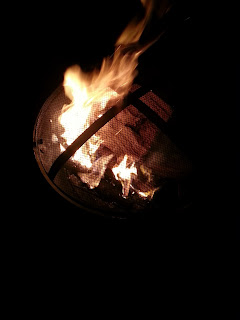 I built a nice fire in the pit outside, put some food on the grill, and we planned to sit outside most of the night and relax.  Everything was going well, until the dog wandered off.

You know, this one. 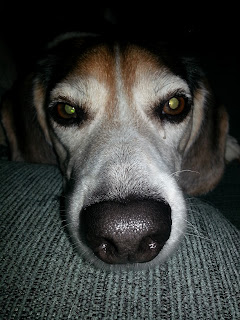 Our little curious beagle got out of our sight and had a little adventure.  With a raging fire in my backyard and food cooking on the grill, we tried our best to look for him while also trying to make sure we didn’t burn down the neighborhood.  We took turns searching for our little dog (while keeping one eye on the fire) until we decided that we weren’t really gonna find him that way.  I decided to leave my boy in charge of the fire, while I hopped in my truck to cruise around the neighborhood.  It didn’t take long until I found him, and he was already on his way home.

He’s kinda dumb, but at least he knows where he lives.

We didn’t end up eating until almost midnight, and we sat outside by the fire until the wee hours of the morning.  Aside from having to look for our dog, it was a nice evening.  We skipped a chance to go on the Dirt Divas Spring Trip so we could spend some quality time together, and it was a lot of fun.

While we were out saving an animal, they were about to destroy one. 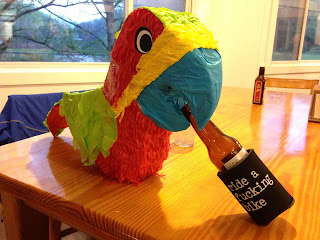 That’s Petey the Piñata.   He got to enjoy a beer before the ladies beat his ass.  I’m glad we weren’t there, or else we would’ve had to save him too.

Boys Weekend wasn’t too bad so far, and that was just the beginning.