With Sonya Looney in town, last night’s scheduled ride at Backyard Trail was sure to be an interesting one.  However, the rain we’ve been getting around here forced a change in plans.  Instead of riding in the dirt, we ended up on a group “urban ride” out of the shop (Bike Source in case I forget to mention it later.)

I arrived plenty early, and while I was getting ready to ride the guest of honor rolled up.  We exchanged pleasantries (pro mountain bikers say “hello” just like the rest of us) and I seized the opportunity to let her know that I had to please Drunk Cyclist Headquarters and get a photo with her.

And just like us regular folks, she also poses for photos. 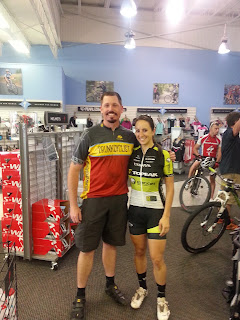 While I was at it, I got the raddest photo ever captured of Faster Mustache rider and Bike Source employee the Gentle Ginger. 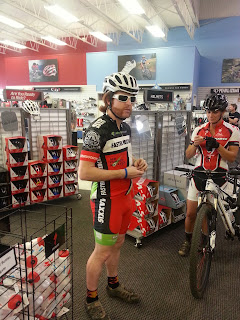 And because he said I’ve never mentioned him on my blog before, here’s a random photo of another Bike Source employee, Daniel Lenis. 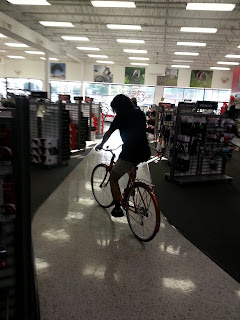 While I was slightly disappointed that we wouldn’t be riding on the trail, I was sorta looking forward to an urban ride.  Eastwood and I brought bikes that were not really suitable for fast, urban riding. 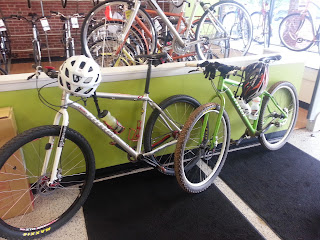 The Falcon and The Glow Worm.

Good Guy Greg rolled in on his single speed moments later, and the Niner crew (which we’ve been called as of late) took our place in the back of the pack with Sonya, who was riding at a “recovery pace.” 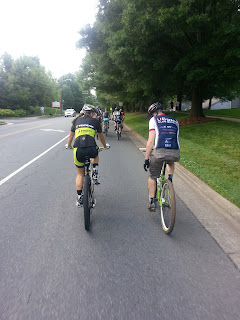 See, she rides bikes too, just like the rest of us.

She told us that single speeders are her favorite, probably because the longer the ride went on, the more we started complaining about the lack of beer.  Well, that and the fact that she’s a single speeder herself (in her spare time I guess.)

We rode through neighborhoods: 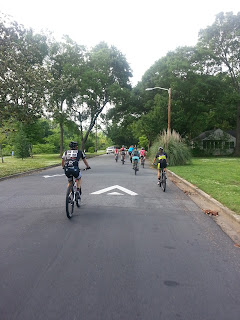 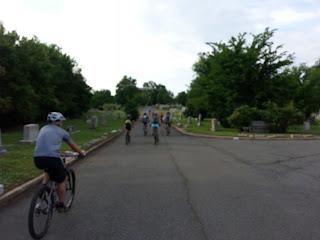 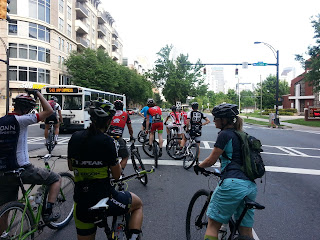 And even sprinted down a hill trying to beat a speeding train: 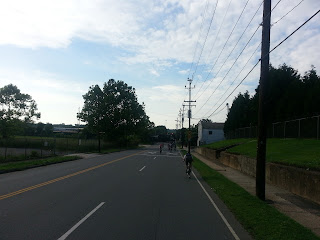 And because local coaching phenom Chad Andrews was riding with us, we stopped in for a visit at Total Cyclist. 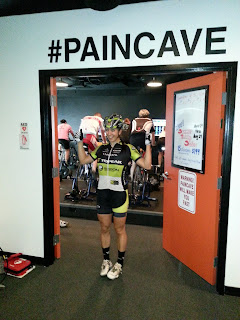 On the way back, I knew we were getting tired from spinning our tiny little gears.  Because, you know, some random dude on a New Belgium Fat Tire bike blew past us like we were standing still. 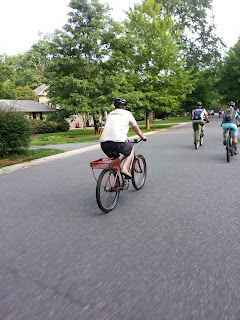 After getting back to the bike shop, it was time for beer (finally.)  We walked down the plaza and ordered up some local tasty goodness in the form of Triple C Greenway IPA.  We also ordered food, but it took forever to get there.  Because of that I had plenty of time to harass local Internets celebrity Rich Dillen to see if he would come out to play with us.  He was busy, so the night went on without him. 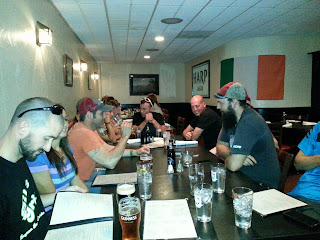 See, she drinks beer after a ride just like us.

In all, it was a great ride even if it wasn’t in the dirt.  The pace was surprisingly quite social, even though we had a real live professional mountain biker in our midst.

I guess she can ride slow too, just like us.