Well, I Did Ride…

I rode in the rain last night at “The Trail”, which has a name I'll share soon enough by the way.  I’ll get into that at another time.  This one isn’t really about me though.

Sunday was the last race in the Charlotte Youth Cycling League, and we weren't about to miss it.  I even let Lunchbox haul me around beforehand. 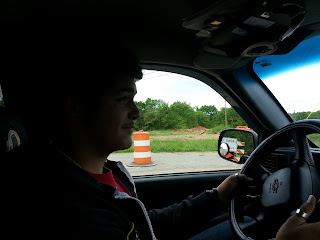 The weather was crappy looking, but it looked like we might not get hit until the race was over.  Lunchbox and I hit the trail, stopping at a junction on the trail to cheer (and to keep the kids from making a wrong turn.)  My kid was really glad to be out there helping. 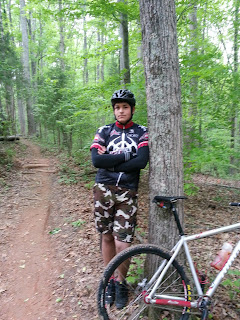 After a little while, the kids came screaming by. 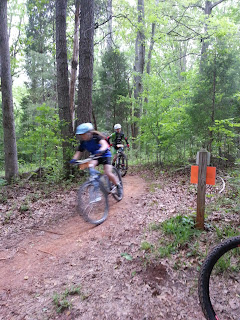 They were fast, and the smiles on their faces let us know that they were having fun too.  Sure, they were racing and all that, but it was still fun.  We cheered them on, moved along the trail and setup in different spots…

Until the rain started.

It came down during the very last race, and it kept getting worse.  It wasn’t so bad under the tree canopy, but out in the open at the awards ceremony it was pretty craptastic. 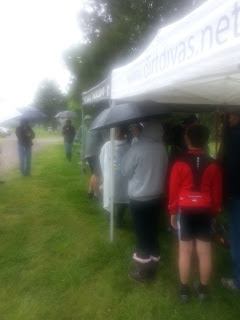 It was still a great race, and up until the last one the whole series had perfect weather.  I’m sad that it’s over, because we really like going out there to help.  These kids will grow up to be contributing members of society one day soon, and hopefully they will still enjoy riding bikes.

Besides, I’ll need someone to heckle when I retire from racing.