Why Am I So Tired?

I’ll tell you why.  It’s not because I “raced” in the Rivers Edge Mountain Bike Marathon this past Sunday.  It was all the shit I did leading up to it that wore me out.  In fact, it might have had something to do with my performance out there.

I haven’t slept well over the last few weeks, and I could’ve used a good night’s rest before my big race on Sunday.  Instead, I got up early to ride with the Mayor for Bike Charlotte.  We met at 7:00 a.m. sharp Friday morning at Queen City Bicycles, and the crowd was a lot bigger than I expected. 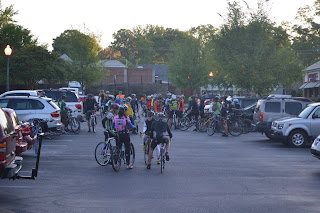 We hung around for a few minutes to wait for a few more folks, and we rolled to the meeting spot near Uptown Charlotte about one hundred riders strong.  We had a police escort and everything, so it was pretty rad.  Once the mayor showed up, he gave his little speech and we rolled out again, this time heading into the heart of the city. 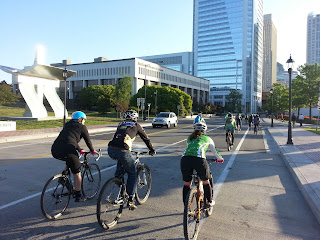 Once we got there, everyone started lining up to get the free breakfast.  That’s when I saw Dicky sneak to the front of the line to get his before everyone else. 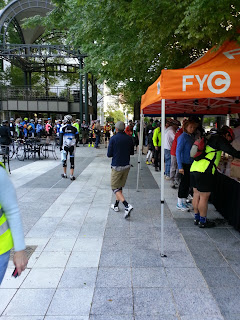 Since the line was really long, we took an opportunity to talk with the mayor (who has recently been nominated to be the new Secretary of Transportation.)  Lunchbox got a nice photo op with him. 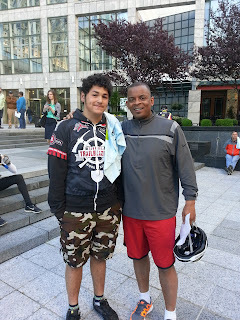 The fun didn’t stop there though.  We hung around for a bit, then I had to take Lunchbox back to school (he’s a good, responsible kid you know.)  The rest of the usual crew wanted to meet up for a ride, so once we all got our shit together we took a nice stroll through BYT.  I didn’t take any pictures, but I can assure you it was fun (and tiring.)  We headed over to a local watering hole afterwards for some grub, and after we ate and had a few beers, I received a survey that for some reason was already filled out. 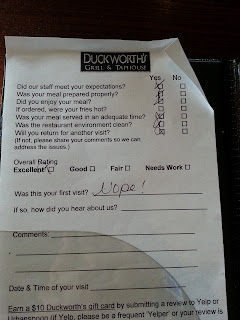 Pffffft.  I took it with me instead of turning it in.  Bastards.

I still had more to do that night, so I headed home to get cleaned up.  I had a rolling birthday party/pub crawl to go to later that evening, but instead of managing my time responsibly I ended up falling asleep on the floor while I was stretching.  I woke up with what I thought was plenty of time to spare, but when I checked the start time I found out that I had only about thirty minutes until I was supposed to be there.

I texted Good Guy Greg (who was also unaware that we were gonna be late) and told him that I would be there as quickly as I could.  Since he lives near where most of the festivities were taking place, I parked at his house and we rolled through the city to find the rest of the cycling pub crawl/party goers.

We rode through Uptown Charlotte for quite a while, and we eventually found them all.  It was after they had already hit one brewery, so we had a lot of catching up to do.  We rolled into NoDa Brewing Company (which we had passed earlier in our quest) and did our best to catch up with beer consumption.  After spending a little time there, we rolled out to the next destination which was a small pub up the street a bit.

We had a good group of nearly drunken cyclists by that point. 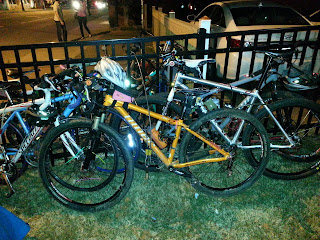 We stayed there a while (still drinking of course), and eventually we rolled out again to head to Common Market which was only a short ride away.  We were all feeling pretty good at this point, and having a shitload of fun.  The details are fuzzy after that, but I do remember being on a rooftop with a pretty good view of the city. 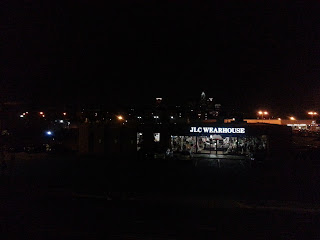 Eventually I called it a night, although a lot of people stuck around for even more drinking.  I didn’t crawl into bed until 2:15 a.m., and I had one last thought before my head hit the pillow.

“I’m getting too old for this shit.”

I still had to get up the next morning for another full day.

All this happened on Friday, by the way.  I got into a whole bunch of shit on Saturday too.  Of course, I’ll get into that tomorrow.