Such A Nice Day 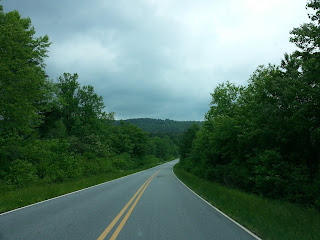 I know, I’m way behind.  You can blame you know who.

While everyone was suffering in Pisgah last Saturday in the rain, the little lady and I took a trip to the nearby .  While it did shit on us most of the way there, when we got to the trailhead it had turned out to be a nice day.  I figured since we were right around the corner from all the racing, they were having a nice day too.  Turns out that wasn’t the case.

Too bad for them. 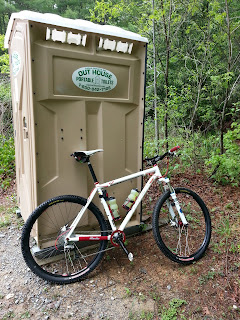 And that’s where geared bikes belong, right next to the shitter.

We took a different route this time instead of the usual stuff, and I got to see some parts of DuPont that I’ve never seen before.  I’m not sure how I missed some of those cool sections, but I won’t dare miss them again.  I mean, there are more fun things to ride out there than I ever knew. 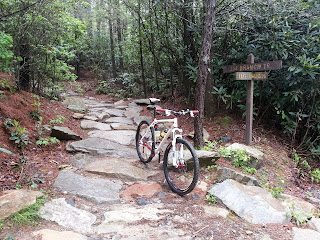 I even got to see a couple more waterfalls, which is probably my favorite thing about riding out there.  The fact that these were off the beaten path and away from the masses made them that much more enjoyable too. 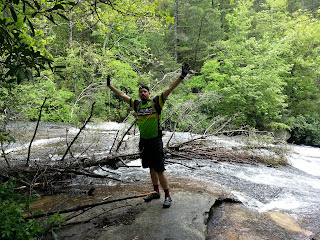 You know, you just can’t see this kind of stuff here in the city. 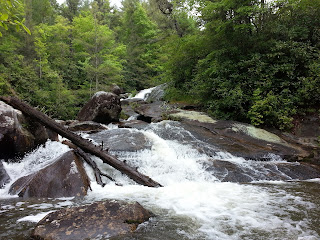 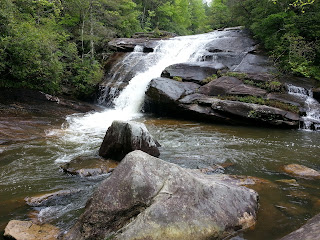 We started out climbing a lot, but with a shitload of gears it didn’t bother me one bit.  It was the first time in a long time that I hadn’t suffered on the bike.  And yeah, the little lady brought gears too. 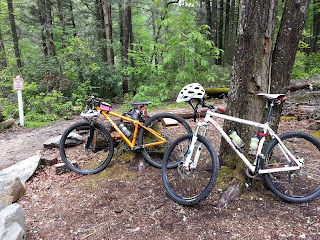 When you’re out in the mountains on a bike, you appreciate everything just a little bit more.  You notice all kinds of details about the rocks, the sky, and even the trees. 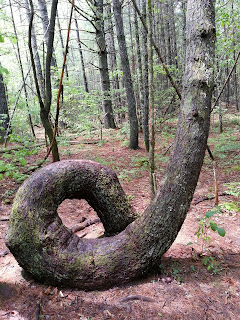 About halfway through the ride, we stumbled upon a “kids trail.”  It started out flat, but when I rounded a corner I saw a magical playground. 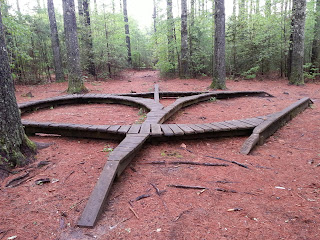 And I had to stop to play for a while. 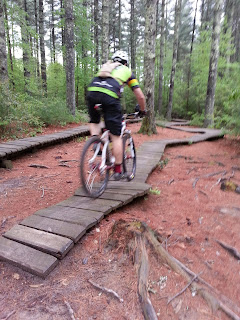 And so did Little Miss Sunshine: 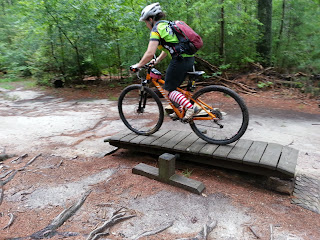 It was so fun, but eventually we had to leave.  We had a little more fire road climbing to go then we hit the Ridgeline trail.  It was about two miles of super fast, smooth downhill riding, and when we finished we were right back in the parking lot.  We didn’t get a ton of mileage, but we were out there for a quite a while.  So long in fact that I realized that it had been too long since I’d had a beer.  Luckily I had some in the truck, and after having one we headed up the road to make the obligatory stop at a mainstay in   The Hub. 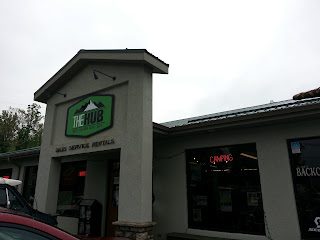 We didn’t stay long, because word around the campfire is that there’s a new brewery in town.  We drove about two miles down the road and suddenly I was in beer heaven. 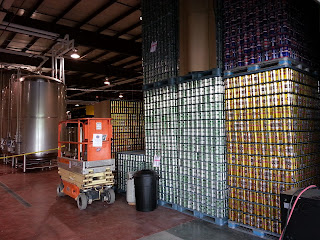 I stormed right up to the tap room and ordered the “sampler platter.” 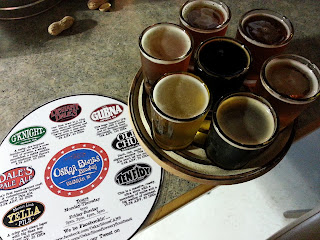 And promptly finished it. 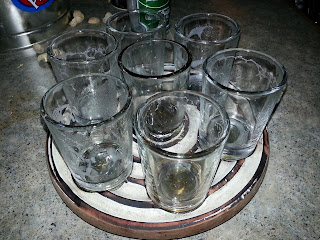 What a freakin’ awesome day.  I need to spend more time in the mountains.

Hey, where was the skills park area? The pix don't look like the little area near the parking lot .... would love to find it ....

Looks nice in that brewerey!! I'm headin that way this weekend. woohoo.

enjoy your trio down to fats bud,