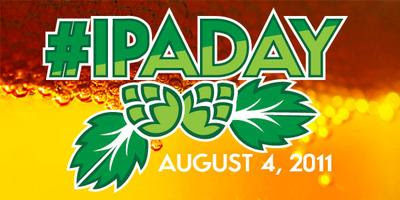 Yesterday was International IPA Day. As a lover of the most hoppiest of brews, I celebrated. I should have taken the day off. Hell, it should have been a national holiday.


I had a different IPA that was new to me, and it’s a good time to share. First up, the Black Raven IPA from Olde Hickory Brewery. 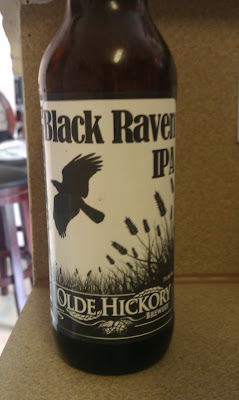 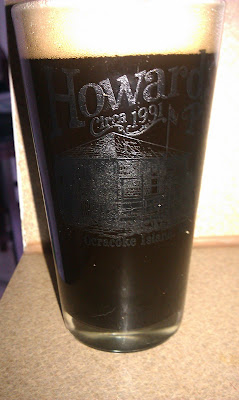 Yes. I mean, yum. It is a dark beer (duh, Black Raven), with a good head on it as you can plainly see. It smells of roasted malt and a little spicy hoppitude. It’s less like an IPA than I would like, although it is hoppy enough. It has a smooth finish, and with 7% a.b.v. it’s enough to get you feeling fine. I don’t see drinking this one regularly, but I will partake from time to time. Not my favorite, but it is very good.


Next is one of my tried and true favorites, the Sierra Nevada Torpedo. I had some last night at the Tarheel Trailblazers. I really don’t have to say much about this one, since you can find it just about anywhere. It is a regular occupant in my workshop beer fridge, and my “go-to” IPA when I want something a little cheaper. It’s not cheap on taste though. I even spread the love a little bit and bought a local celebrity a beer.


Other than beer, things are pretty slow around here. I am considering doing my first-ever road race, but as the day draws near I get closer to talking my self out of it. If I do, it will be at one of the races in the Crossroads Cycling Classic in Salisbury, NC. If I do it, I could have an interesting story to tell on Monday. If I don’t, at least I won’t be one step closer to becoming a full on roadie.


In other news, tomorrow I get to pickup Lunchbox from the airport. He’s returning from his summer vacation in Orlando, and both of us couldn’t be happier. I’ve missed him a ton, and I’m glad he’s coming home. Hell, I’m sure most of our local cycling community is glad too. See y’all Monday.
Posted by TheMutt at 8:33 AM

Blow off that silly road race and come ride Dark Mountain with us in the AM!!