Before We Get Started

Little Miss Sunshine’s fancy new orange Niner hadn’t even hit the trail yet, and it got an upgrade. When it was time to build her a bike, I told her I would take care of the fork. I had a RockShox Tora hanging around doing nothing, and the plan was to use it. I built the bike with it and she was ready for the trail. Since she was riding in the 24 Hours of Booty though, it would be a while before it actually saw any trail time. Meanwhile, I found a sweet deal on a RockShox Reba, and I snatched it up for her. I put it on right away. 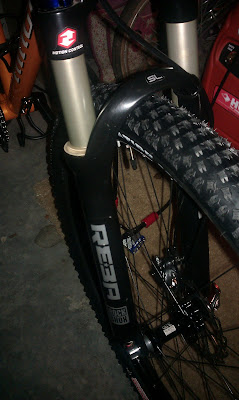 Just like everything else I do, this was way too easy. Now all we needed was to get it out on the trail. Even though she was worn out from riding one hundred miles, she was ready to ride the next day. We headed down to the Tarheel Trailblazers Kids Ride, where she knew the pace would be pretty mellow. She was happy to be out on her new bike. 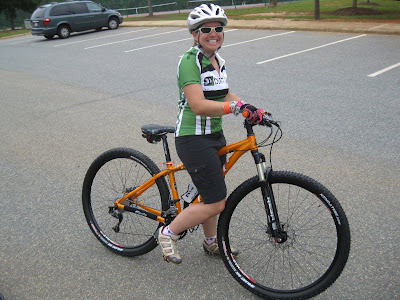 We took it easy, and she got used to her new big wheels pretty fast. She seemed to climb a helluva lot better, and also had much more control. It was weird, because this was her first time on such a big bike. It was like it was made just for her. 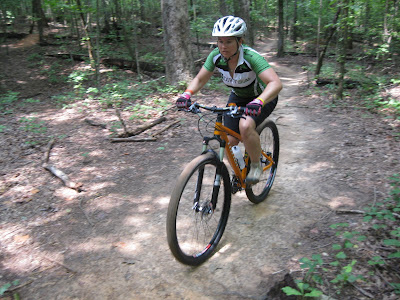 She was really happy with the bike. No parts fell off either, so that’s a plus for me. Just to make sure she liked it, she took it out again Tuesday night. This time it was for some more “serious” mileage. We had a ride/social function down in South Carolina, and of course the Big Orange Bike (for lack of a better name so far) was there. 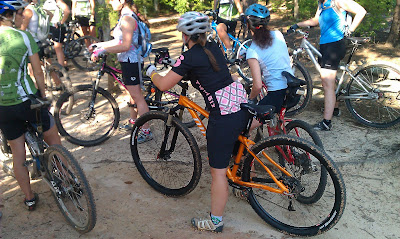 Notice the Twin Six jersey? We love Twin Six here at B-43.

We had a nice-sized crowd out there, made up of Trailblazers and Dirt Divas. Even the Dirty Party Cycle showed up. 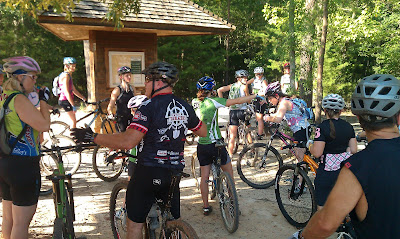 When I got there, Little Miss Sunshine had already been out for a lap. She went out again with the group on the next go round, and she had a blast. Other than getting stung in the face by some woodland winged creature, her ride was perfect. She is really enjoying the big wheels. I think I even heard her talking about selling her other bike. Another convert. Ahhh, yes. Join the club, ‘cause everyone is doing it.
Posted by TheMutt at 8:41 AM

HOw's about "The great pumpkin" instead of Big Orange Bike?