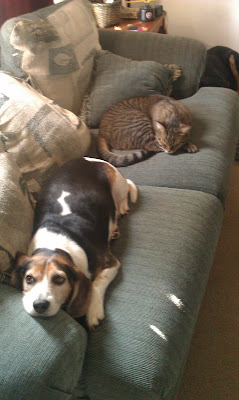 I believe that’s what I’ll do. I’ve been riding quite a bit, both on and off road. More on than off though, but who’s keeping track? Tuesday night I did a nice, leisurely family ride, but I still pushed it a little bit out there. I’m feeling much better on the trail now, and my bike is performing flawlessly. I had one small issue over the past few weeks, but that was remedied by a care package I received just da udda day. 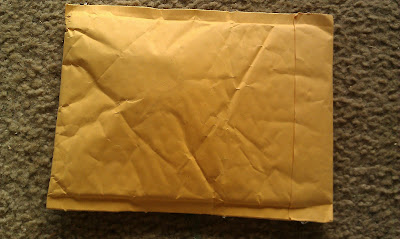 The mystery package was from none other than George, and it contained something that I was sure could fix my issue. 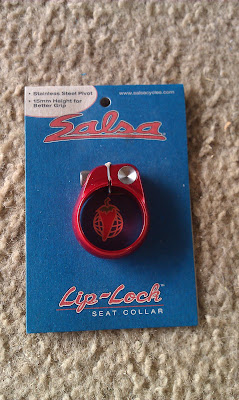 Yes, a new Salsa seatpost collar. I had been using a quick-release style collar on my mountain bike, but my seatpost would slip a little bit every time I rode. Yeah, I’m pretty heavy, but I blamed it all on my equipment. George sells these at the Bike29 online store, and I just had to have one. He sent it out lickety split, and I installed it on my ride. After one test ride, I am convinced that my slipping seatpost issues are a thing of the past.


What else was in the package? 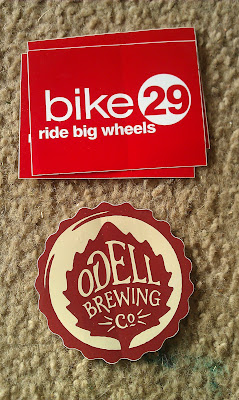 Stickers, my favorite. One of my duties as a team rider is to spread the love for Bike29, and these stickers help me do that. The Odell Brewing sticker was probably in there because George knows how much I love beer, and he thinks that there are a few blank spaces on my beer fridge. I can never have enough stickers, so I was happy. Well, until I saw the care package he sent to Sonya Looney. 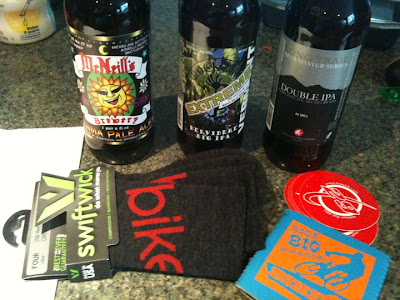 (Photo stolen from her Facepage.)

Wow, she got some pretty cool stuff. Sure, I have socks and the other Bike29 paraphernalia, but I didn’t get any beer. Being a big fan of the India Pale Ale, I was left wondering what it would be like if I had a chance to try those. They look, well, yummy. I’m not mad at all that I didn’t get any beer. Hell, I didn’t even know you could send beer through the mail. I’ll have to try that sometime (get ready Mr. Shepherd.) Besides, she’s way more famous than I am (not to mention better looking), and it’s not like she’s close enough to Vermont to drive up there. I can, and probably will one of these days. Maybe I can bring up some North Carolina brews and make some kind of a trade. Looks like I should start planning a trip, and of course do a little beer shopping.


In other news, it looks like I am going out for yet another road ride tonight. This is a social-type ride with some locals. It takes place right next to where I work, so I can easily make it there. It should be fun, but not as fun as trail riding. It will be a little easier for me to get out on the road after work today, instead of packing up my shit and heading out to a trail. That’s my excuse and I’m sticking to it.