Football Wasn’t The Only Thing 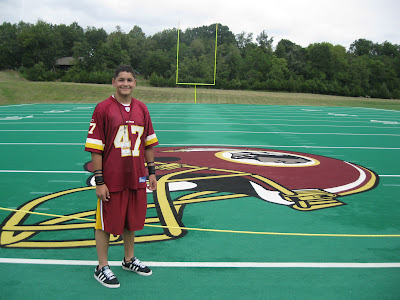 I told y’all last week that Lunchbox and I headed up to Washington to go to Redskins training camp, but since this isn’t a sports blog I won’t talk about that stuff. Besides, that’s not all we did up there. After watching our favorite team practice and hanging out with some of the players, we hopped on the Metro and headed into the city. 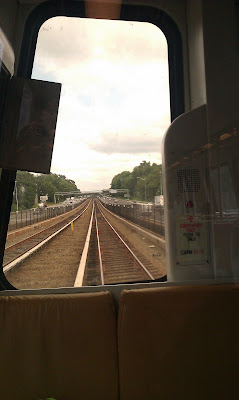 We decided to bring our skateboards along to tour our nation’s capital. Lunchbox was ready to get his skate on. 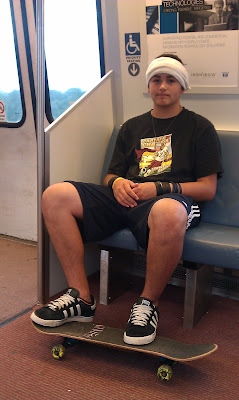 Our first stop: The White House. We wanted to see if the Secret Service would kick our asses out of there for skating in front of it. 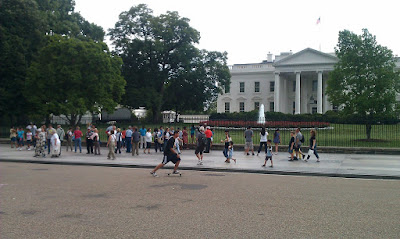 Lunchbox skated around with no problems, so it was my turn. 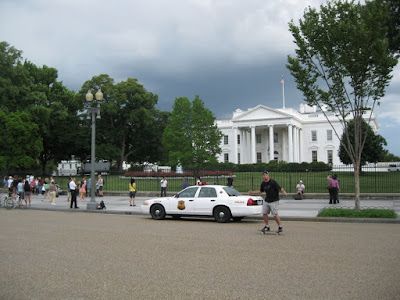 See that? There is a uniformed Secret Service agent keeping an eye on me. There were lots of those guys watching us, but no one said a word. I guess Mr. President doesn’t mind skateboarders in front of the house. Awesome. There were plenty of people milling about, and lots of bicycles. 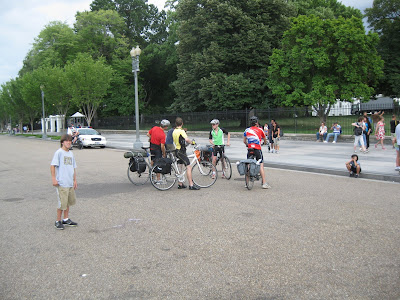 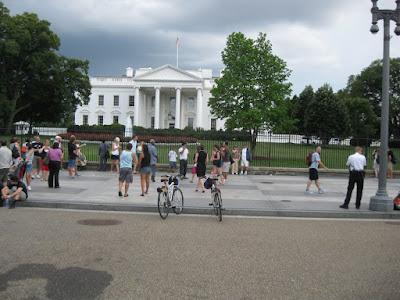 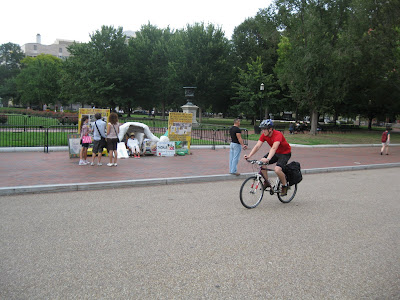 There were even agents on bicycles: 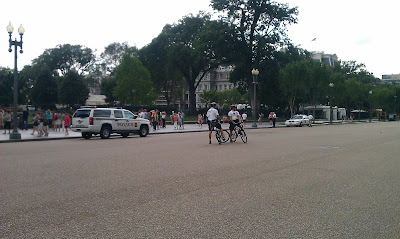 As you can see in the photos, it looked like a storm was about to shit on us. We decided that we would be able to get around the city much faster if we were on bicycles, so we grabbed a couple from a nearby Capital Bikeshare station. There is a handy little basket thingy on the front, which would perfect to haul our skateboards around in. This was Lunchbox’s first time on one, and he was having fun. 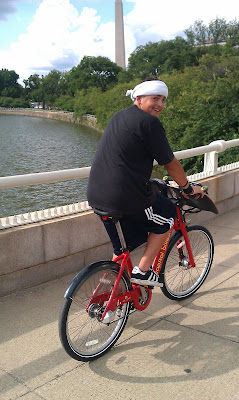 I kinda liked it too. 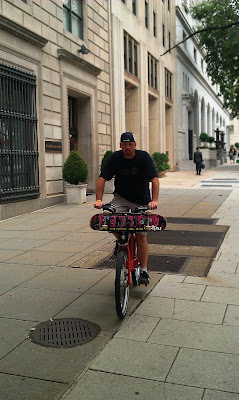 We saw all the usual stuff in a short amount of time. There is a little construction going on in front of the Lincoln Memorial. 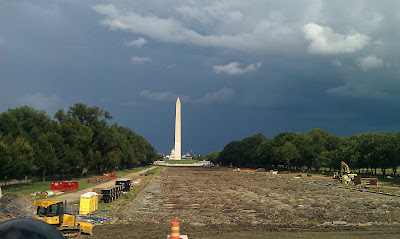 He didn’t seem to mind though. 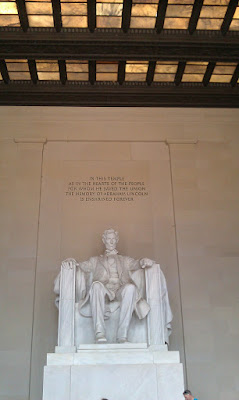 Here is an exclusive shot of the brand spankin’ new (not yet open to the public) Martin Luther King Jr. Memorial: 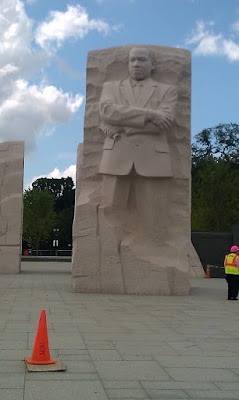 Yes, what trip to DC is complete without seeing the Washington Monument? 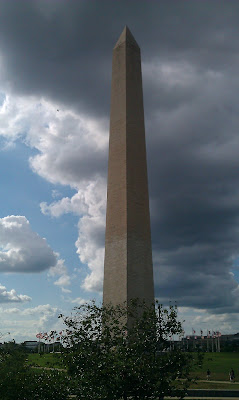 We stopped by the Capitol, but those lazy bastards were on summer vacation. 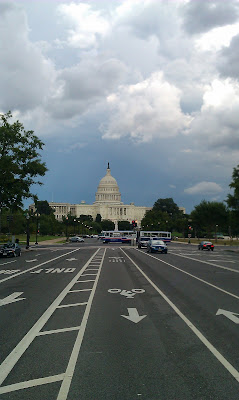 I even took Lunchbox on the now-kinda-famous middle-of-the-road bicycle lanes. 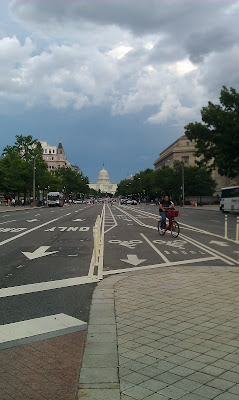 Along the way, we passed a locally well-known skate spot, Freedom Plaza. I skated there years ago, and now my kid finally gets a chance. We had the place to ourselves. 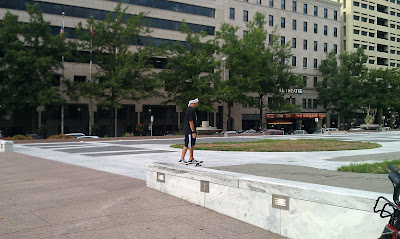 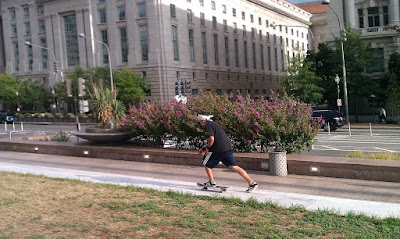 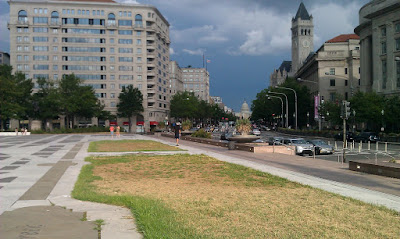 The storm never affected us. The sky got all dark and ugly, but it blew right over us without even raining a drop. It turned out to be a nice day, but it had to end. We basically did a week’s worth of stuff in two days, and we were worn the hell out. I’m glad we made the trip, but I think next time we’ll stay a little longer.


Speaking of trips, I have one more road trip coming up this weekend. Sunday is the Southern Classic Series finale at Dark Mountain up in Wilkesboro. I am ready, I guess. My new chain is good to go, and I hope I don’t break anything else. If I finish well, it looks like I may be on the podium for the overall series. I can’t let my guard down though, and I certainly can’t afford another mechanical issue. This evening I’ll probably be doing a lot of pre-race testing.


I’ll try to get a race report the day after this time, instead of waiting so long. If I get on the podium, it might be pretty interesting. Stay tuned.