So Close, But It Seemed So Far Away

Saturday, I went to one of my favorite places to visit in the state, the Uwharrie National Forest. I wasn’t there for pleasure though. 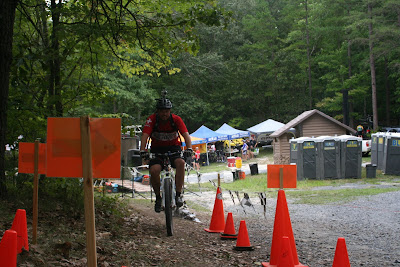 Yes, I volunteered my time and first aid skills to the Rivers Edge Mountain Bike Marathon. While a hurricane churned out on the coast, we weren’t really affected. The sky at my house looked pretty cool though: 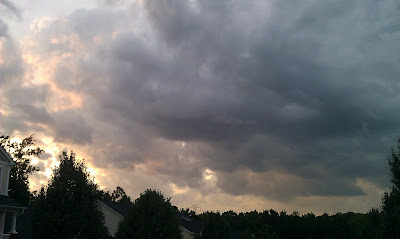 Anyway, the racers gathered around, getting ready to ride for fifty miles in one of the toughest places around here. Lots of climbing, lots of sharp rocks, and plenty of fun downhill. Everyone paid attention to the promoter when he talked about the race course: 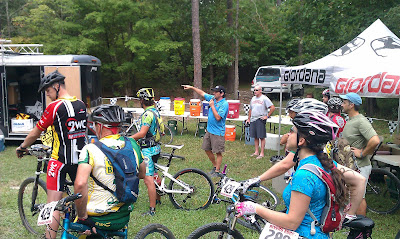 “Bigfoot is over that way, so make sure you stay on the course.”


The rest of the crowd was stunned when they heard about the North Carolina Bigfoot: 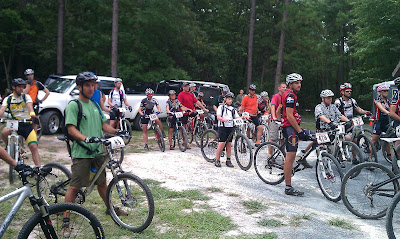 The Space Cowboy didn’t give a shit though, since he isn’t scared of anything. Well, unless you count butterflies and women’s lingerie. 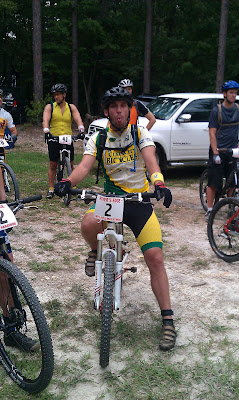 Even my “usually sleeps ‘til noon” teenager was there. 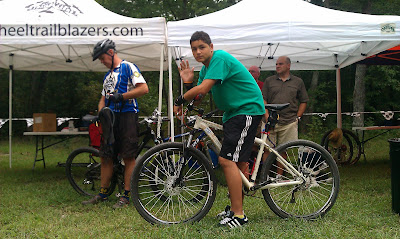 Lunchbox had never ridden Uwharrie before, so I made it a point to drag him out on the trail during the race. First though, we waited for everyone to get out the first lap so we wouldn’t get in the way. Here are a few of my racing pals: 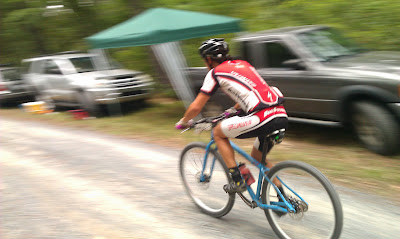 My buddy Daniel would later regret riding a fully-rigid singlespeed out there.

I kinda got a photo of the MadSS, but I pulled the trigger too late. 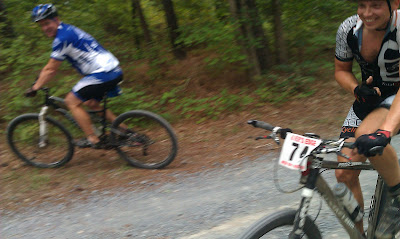 After everyone started spreading out, Lunchbox and I got out on the trail. We climbed, we descended, and we wore ourselves out. We stopped quite a bit to let other riders go by, and we cheered for them too. I was out on the trail to make sure everyone stayed safe, and also to help anyone that got hurt during the race. That didn’t mean I couldn’t have fun though.


We rode the whole course, and ran into a few friends along the way. The only assistance I had to provide was to a fellow “casual rider.” No one got hurt out there, or if they did it wasn’t bad enough to require my help. I think Little Miss Sunshine put a band aid on one dude’s leg, so she wasn’t busy either. For such a tough race course, I’m really surprised that it wasn’t worse. I’ll take it though.


I love Uwharrie. The trails are tough, yet fun. I realized on Saturday that I just don’t ride out there enough. That will change though. So what if Bigfoot lives out there. He didn’t show up during the race, even though someone setup a nice table full of goodies for him. 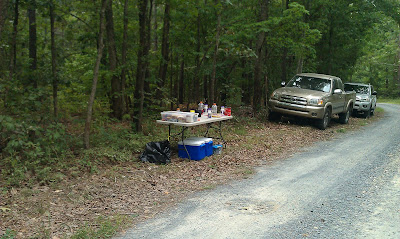 I know he’s out there in the forest though, and I’ll keep my eyes peeled the next time I head over that way. 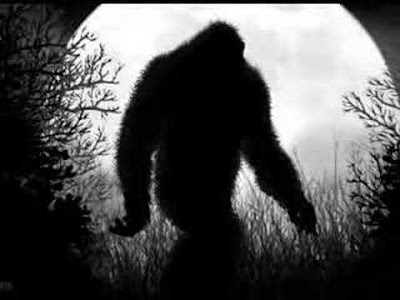