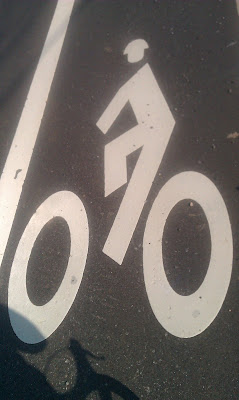 Reminds me of these guys: 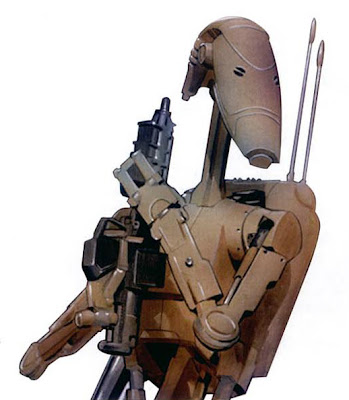 I’m not sure why. Maybe it’s because I always have Star Wars on the brain. Hell, I hum Star Wars theme music when I’m all alone out on the trail sometimes. It’s a curse, and I’ve learned to deal with it. Another thing I’m having a hard time dealing with is my recent propensity to spend money on my road bike. Maybe it’s because I have all of the mountain bike stuff I currently need. It could just be the fact that I’m riding that skinny-wheeled thing a lot more. Either way, something’s gotta change.


My latest road bike upgrade was more of a necessity I guess. After riding for a few years on a stock seat, I started to think I needed to upgrade. It was basically a brick disguised as a seat, and my ass hurt every time I did any significant amount of riding. I had a hard time spending money on roadie stuff, but I guess I’m over that now. I decided to go with something I know and love, the WTB Silverado. 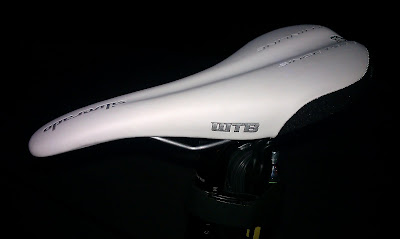 Yes, it’s white. Yes, that makes it more “roadie.” And yes, it makes me faster (just ask Dicky.) I like it, and my ass definitely likes it. It’s the same seat I have on my mountain bike, so I know I am guaranteed miles and miles of comfort. Did you notice something else about that photo?


Here, have a look in better lighting conditions: 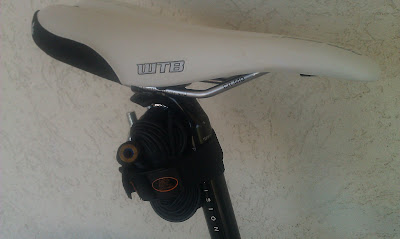 Yes my friends, that is an Awesome Strap. After ditching the seat sack on my mountain bikes, I still had one on my road bike for some reason. It’s probably because I never really paid much attention to my road bike until recently, and seeing that seat sack hanging off of it really annoyed me. When I installed my new seat, away it went. Out with the shitty, in with the Awesome.


Just like the one on my mountain bike, I can cram a whole lotta shit in there. I have two road tubes, two tire levers, two CO2 cartridges, and an inflator. Everything fit in there just fine, and now my road bike is just that much more awesome. You know what else is awesome? The fine folks at Backcountry Research are sponsoring one of our local races: 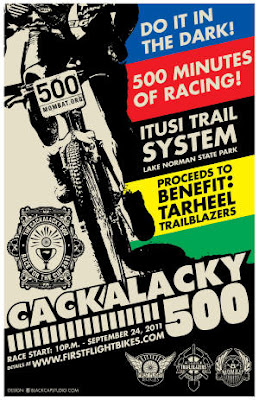 The Cackalacky 500 is a night race at Lake Norman State Park, just north of Charlotte. It’s 500 minutes of racing, and it looks to be a fun event. The proceeds from the race go to our local club, the Tarheel Trailblazers. Big thanks to Backcountry Research for showing us North Carolina folks some love. We really dig it.


That’s it. I’m tired. The family and I had a great ride last night, followed by a good meal. It’s the simple things that matter most. Hell, I didn’t even bother to take pictures out there. At least I got on the mountain bike though. I’ll be back tomorrow, and I’ll do my best to lay off the roadie shit.

You're roadie friends may make fun of you for not having a designer seat bag. I know this because I, too, carry over small mountain bike habits when on my skinny-tired bike. They look at me funny until they realize that mountain bikers know how to climb hills. ;-)

Yeah, we can climb, and we look way more Awesome when we do it. I'm not worried about the other roadies though, because I make it clear that I am a mountain biker when I ride with them.

My trail tune, or shall I say mantra, is: LATIN POWER!