Where To Go From Here 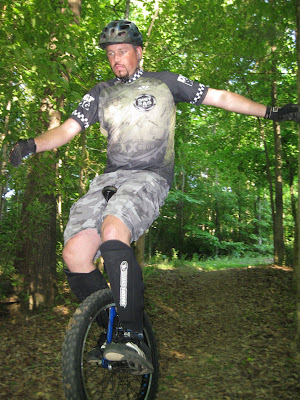 
With my biggest races of the season out of the way, I’m trying to figure out what to do next. At the beginning of the year I mapped out a course and well, I have reached my destination. I’m pretty happy with my second place overall finish in the Southern Classic Series, although I know that there’s much room for improvement. I guess I could start the improvement process now, but I’d rather kick back and take it easy for a little while.


I gave it all I had, whatever the hell that was. I didn’t really spend any time training for the season, which is pretty normal for me. I don’t get paid to do this stuff, so when I go out for a ride I like it to be fun. Some days it may look like training, but trust me it’s not. I ride bikes because I like to have fun, and that’s pretty much the main reason. This season though, I’ve seen a lot of improvement. That almost makes me want to take things a little more seriously.


Looking back on the Southern Classic Series, I did a lot better than I thought I would. Out of the twelve races in the series, I only missed two. Out of the ten I attended, I DNF’d once (due to a mechanical.) Out of the nine I actually finished, only one of those was below the top ten (11th to be exact.) I got on the podium for three of those. You can see why I am pretty happy with how things turned out.


The only issue I had was the long break in the series. We basically had a month off, and I didn’t race at all during that time. I went on vacation, drank lots of beer, and just rode whenever I felt like it or had time. I had planned on doing some local races to keep me tuned up, but I never did. Maybe I needed a break. Who knows.


While my “season” isn’t officially over, there’s just not too much out there that I want to do. The only thing I have planned is the Tree Shaker, which isn’t until October. Instead of riding solo for twelve hours like I did last year, I’ve decided to team up with The Dirty Party Cycle. I’ve already proven to myself that I can ride for twelve hours all by lonesome, so maybe the DPC and I can do some damage out there as a duo. We’ll ride lots of laps and drink lots of beer between laps. I’ve already started training for the latter half.


There aren’t really any other big events around that I feel like doing (and that don’t involve a long drive or a hotel stay.) I had considered joining forces with the Chili Man and participating in the Urban Assault Ride, but I’m having second thoughts about coughing up the cash for it. After traveling all over the Southeast and spending tons of dough on race entry fees, I probably should back off a bit. Maybe next year.


I know one thing: I should figure out something quick or else it’s gonna get really boring around here. I only have so many Star Wars photos in my collection before I have to start reusing them. 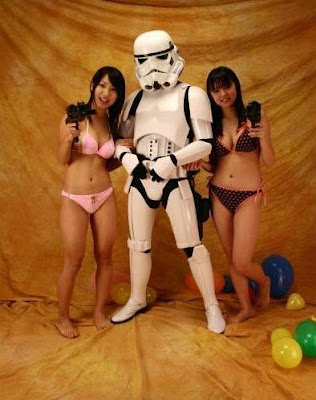