You’ve heard it all before. Yes, I am primarily a mountain biker. And yes, I have been talking about road riding quite a bit lately. You know what? I actually like it. Not enough to go full roadie mind you, but enough to spend a little dough. Since I just bought new wheels, I kinda got hit with a mild case of upgraditis. I saw those old, shitty tires on those shiny new wheels and had to do something about it. 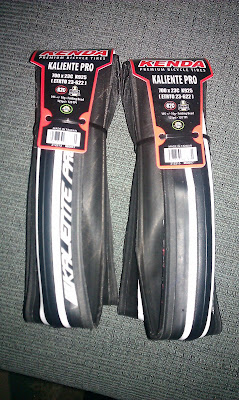 Kenda Kaliente Pro tires, with fancy white stripes on the sides. I use Kenda tires on everything else I ride, so why not put some on my road bike? I don’t know shit about all those different types of tires anyway, so I stuck with a brand I know and trust. I think they look hawt with the new wheels anyway. 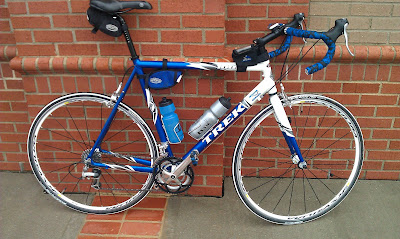 Do I just buy shit and not ride it? Well, no. Sunday was the weekly Bike Line group ride, and I planned on attending. I’m doing my best to become a regular, I guess. Anyway, I decided that I would ride the ~6 miles from my house, meet up with the group, ride hard for 21 miles, and ride back home. It sounded like a plan.


After a big-ass bowl of oatmeal, I left the house. It was about 7:40 a.m., so I figured that I had plenty of time to make the 8:00 a.m. start time. I cruised along, riding mostly on the Mallard Creek Greenway (which pops out right in front of the shop now.) I wasn’t hauling ass at all. 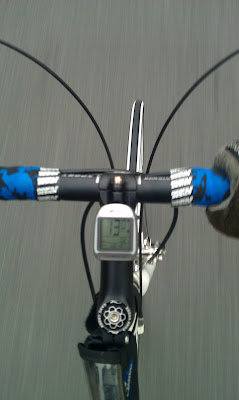 I should have been. When I looked at my timekeeping device, I saw that it was already 8:00. I had a little ways to go, so I thought I would be good. Everyone meets at 8:00, but they dilly dally for a bit and leave at about 8:15. I still had time. 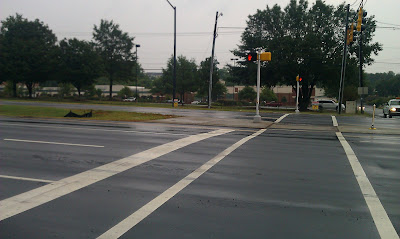 When I hit the end of the greenway, I could see the parking lot of the shop. There was no sign of a roadie group. Shit. When I got there I saw a few cars with empty bike racks, so I knew they were out there somewhere. All I had to do was catch them, and try to remember a route that I’ve only ridden once.
I took off…fast. At least I had a good warm up from the ride over there, and I didn’t think that they would be too far ahead. I had trouble remembering where I was supposed to turn though, and I was too lazy to break out my GPS to cheat. After making one turn I wasn’t so sure about, I decided that I would keep riding my own route. At least I was out there doing something.


Eventually things started to look familiar from the week before. I knew I was on the right track, but after nine miles into the route I still didn’t see anyone. I was riding fast, but I started thinking that maybe they changed up the route a bit. I gave up hope that I would catch them, and became satisfied at the fact that I remembered the route so well. 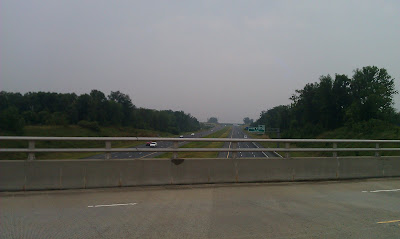 My legs felt great, and I started thinking that maybe I should plan to do 60 or 70 miles. I kinda had a schedule to keep though, so I quickly put those thoughts out of my head. After riding the twenty one mile route, I once again saw the shop parking lot…this time with people on bikes. I nearly caught them, I later found out. Only if I hadn’t stopped to take that one freaking picture.


I turned around and headed home. When I finally got there, I had ridden a little over 33 miles and burned 2,152 calories. Not bad for an early Sunday morning. Since it was road riding though, I would still have plenty of energy to take my mountain bike out later that day. Someone else would have enough energy to ride again too…