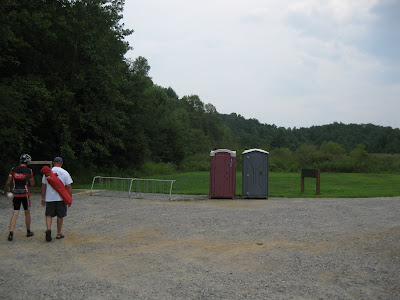 My race was not in the shitter…yet.


I was a little wordy with yesterday’s post, so that’s why I spread it out over two days. Most people start tuning out when they have to read a lot of words, and well, I had a lot of words. There’s really no excuse for spreading out a report for a two hour cross country race over two days, but I did it anyway. Who gives a shit.


Anyway, when I saw D-Wayne on the side of the trail, I knew something was wrong. I asked if he was okay, and he said he had flatted. I felt bad, but I was going too fast on the downhill stuff to even throw him a spare tube. I thought he would be okay, and be right back in the race in no time. Meanwhile, I realized that I had moved into third place. 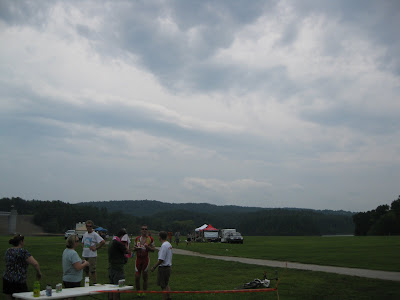 I exited the trail and hit the parking lot, and put in into the highest gear on my 1X9 setup. I rode as hard as I could around the empty field to the start/finish line, hoping I could put a big enough gap between D-Wayne and David when the time came for me to climb again. I felt great. In fact, I felt awesome. When I started back towards the trail, I didn’t see anyone in my class coming out of the woods. Could I hold onto this monster pace? I would definitely try.


I blasted as hard as I could up the climbs, and felt much stronger than I did on lap one. I had plenty of power, and when I got out of breath I recovered quickly. The only problem I had was that I kept looking over my shoulder for the other guys. I had a few near misses with trees, and even one direct hit. A tree branch stabbed me in the shoulder, putting a small tear in my Bike29 kit. I was a little pissed, but at least I didn’t crash. I was moving along quite fast at that point too.


I saw one rider up ahead of me, so I gunned it. When I got on his wheel, I noticed that he wasn’t in my class. I nearly rode up his ass on the downhill stuff, so I passed him on the very next climb. He tried to stick with me, but I wasn’t having it. I had my sights set on catching the leaders, and I felt like I could actually do it. I was bombing the downhill stuff like some kind of mad man, and I climbed like I have never climbed before. I didn’t know what kind of lead they had on me, but I thought I could still get them.


Every once in a while I would slow down and start thinking I could settle for third place. That didn’t last long though, because I would get pretty pissed off at myself and start yelling. That was enough motivation to keep me pushing, and I wanted to go out in a blaze of glory. I would finish this race in a respectable position, or die trying. I left it all out on the trail that day.


I approached the final downhill section, and I didn’t see anyone up ahead. There weren’t any racers behind me either, but I poured it on even more just in case. Once again, when I exited the singletrack I hauled ass, and almost plowed into a few riders warming up for the next race. I crossed the finish line in third place, and I was satisfied with my efforts.


When the time came for the awards, there was no podium. I just collected my medal and my prizes, and walked away. That’s too bad, because I even dressed up for the occasion. 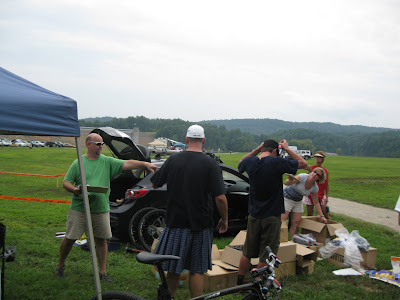 Little Miss Sunshine made sure to iron my kilt all nice and neat for my big podium presentation, but I had to settle for a “regular” photo. 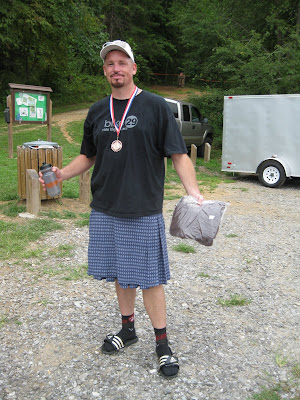 The fun didn’t stop there though.

I’ve been racing in this series since June, and my goal was a top ten overall finish. I was in third place overall before the final race, and I had quite a bit of work to do to move up. When the final results were tallied though, I found out that my third place finish was more than enough to move me up a place. So, I headed back to pickup yet another medal (and a few more prizes.) 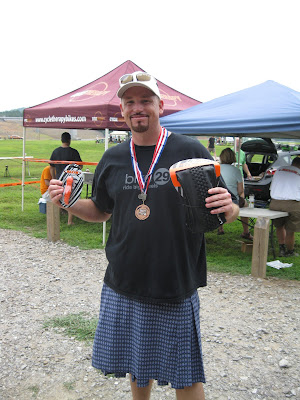 Just in case you needed a close-up of my medals and wanted to know who I was representing, Lunchbox took this photo: 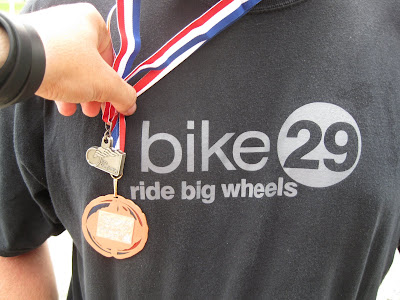 Yes, I did it all for you, George (and my millions of fans on the Internets.)

I usually only get a podium finish once a year, but this time I got two in the same day. The race was a hard-fought battle (and so was the series), and I did better than expected. It was time to get out of the mountains, and get back to “normal.” 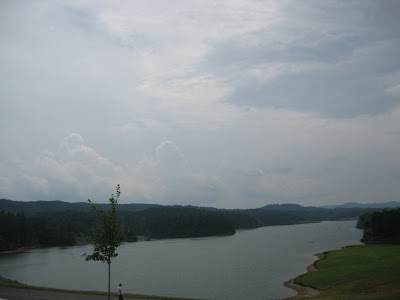 Normal doesn't usually involve me wearing a kilt, but I should start doing it all the time. I'm dead sexy in it anyway.