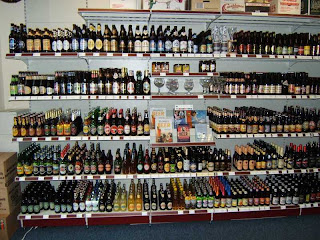 I have two choices for racing this weekend.  Of course, the Southern Classic Series is still in full swing, and there is a race this Sunday.  It’s down in Clemson, SC, and I’m not sure how I feel about it.  I raced there last year, and didn’t really enjoy it.  I guess the fact that it was like three hours away didn’t help that fact, but even if it was closer I’m not sure if I would do it.

So, I have another option…

Yeah, the Tree Shaker is this Saturday.  I’ve done it before, but things are a little different this year.  First of all, it’s been changed form a six and twelve hour race to a four and eight hour.  Also, it’s not in October like usual, so it will be much, much hotter out there.  I wasn’t really considering it, but since I’m not racing Sunday…

I’m thinking about going out there and “racing” for eight hours solo, which shouldn’t be too bad (since I’ve done twelve solo before.)  However, I’m thinking of upping the difficulty level a bit by bringing the single speed bike and actually racing in the single speed class.  It would be my first crack at endurance racing on the SS.

I talked to the MadSS to find out what he thought about it, and he was all for it.  As of now, he’s the only one registered in that class and probably just wants some company.  He tried to help me decide by telling me that we could drink beer afterwards, but I can do that without even having to race.  The next thing he said might have gotten me off the fence though:

“A fun day in the sun suffering like a dog on a SS, nothing could be better.”

Is he right?  I don’t know.  I think he’s crazy, but he’s actually the one that put this whole single speed idea in my head in the first place.  Maybe misery loves company, or else he just wants someone in his class that he can lap several times on the nine mile course.

Maybe suffering for eight hours on a single speed is just what I need to help me get ready for Single Speed .

Should I do it?

Yes, I’m asking you because I can't make up my mind.

Do it!! If not for the race itself, then for the mileage you'll put in on the SS (and your legs!!) for Vermont