Up In The Clouds 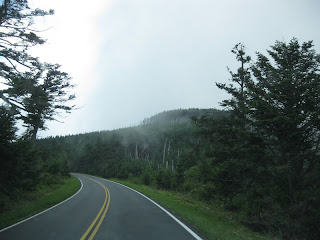 Since is sooooo flat, I thought going up to the mountains would be a nice contrast for him so he would remember why he loves living up here.  As with most of our adventures, getting there was half the fun.

We got to drive through a few tunnels on the : 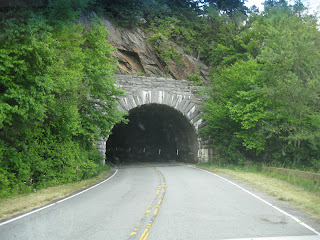 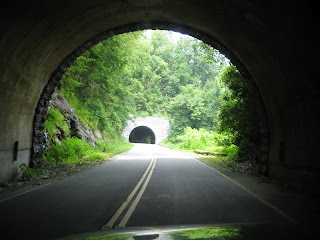 Our destination?  The tallest peak east of the Mississippi River, . 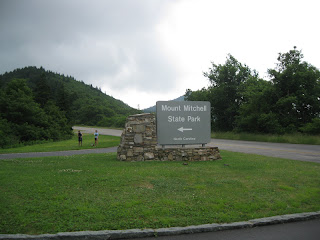 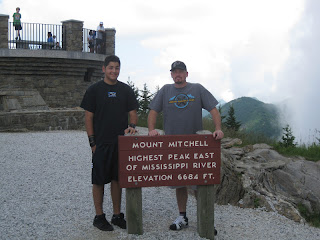 Since we were higher than the surrounding mountains, the view was awesome.

This is the part where I cheat a little and just post up a shitload of photos instead of writing some kind of elaborate story. 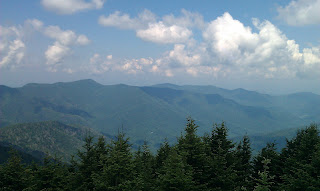 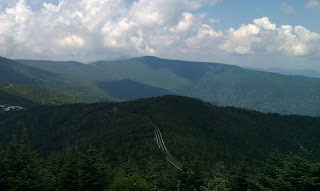 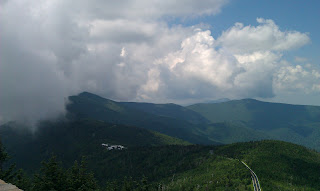 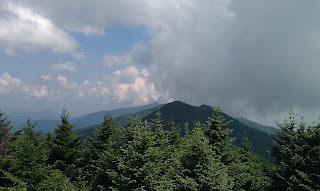 We hung out up there for a while, just taking it all in.  We eventually got hungry, so we headed down to the on site restaurant to grab a bite to eat. 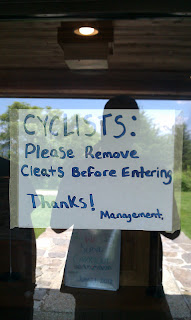 Apparently, some folks like to ride bikes all the way up there.  I’m not one of them, but a plan is in the works.

Here’s the view from our table inside the restaurant: 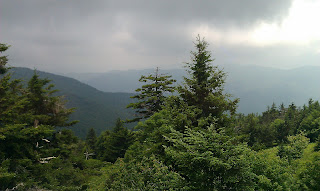 After spending a good bit of time up there on the mountain, we headed back down and rode over to the town of   I wanted to show Lunchbox something. 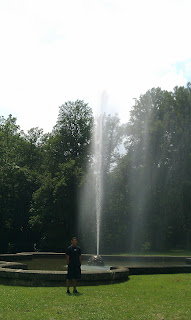 Andrews Geyser, which is man made by the way.

We headed over to the Old Fort picnic area to use the facilities, and my wannabe shutterbug ass took another photo of a little creek. 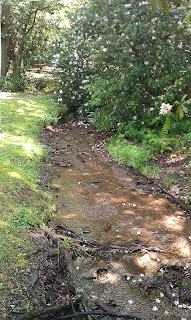 Just as we were about to hit the road back to , we saw a familiar face hanging out in the parking lot.  It was D-Wayne, who had just finished a pre ride of the ORAMM course (actually, I think it finished him.)  We chatted for a bit, but we had to haul ass to get to the airport on time.

It was a great day up in the mountains for sure.  Lunchbox is gone for six weeks, so I’ll have to keep busy until he gets back.  I hate that he has to go for so long, but at least I know he would rather be up here playing in the mountains.

I know I would.  That’s why I don’t live in Florida anymore.
Posted by TheMutt at 9:04 AM

And he has awesome taste in t-shirts!