I Need To Ride

But I still haven’t been back on the bike since my race on Sunday.  I’m not too worn out or anything like that, so there’s probably no excuse.  I almost went for a ride on Tuesday, but we've had a bout of rain around here lately.  That means that most of the trails are closed, so I decided to work on my own trail.

I somehow convinced Little Miss Sunshine to come out there with me, and it was her first time doing trail work there.  She’s ridden the first section a few times, but she hadn’t seen the new stuff yet.  Since we weren’t there for sightseeing, I put her to work with the loppers. 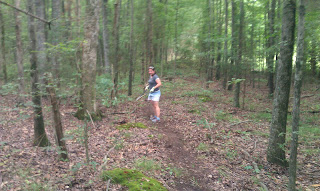 I cut quite a bit more trail, and actually made it to a pre-planned stopping point:  a natural rock garden. 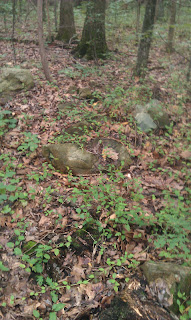 This little collection of rocks with be fun to ride through, so I can’t wait to get past it so I can test it out.  Unfortunately, I didn’t have time to ride any of the new stuff, even though there’s enough to test ride.  It was getting late, and we had to do the dinner thing.

I would have probably stayed out there into the night building trail, if it wasn’t for the little lady reminding me that we had to go home.  It’s probably a good thing I didn’t go out there on Saturday, huh?

In other news, the rear tire on my geared bike is still worn out. 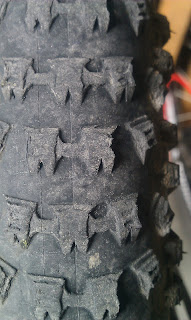 I’ve ridden on it for over a year now, which is actually pretty good for me.  Lots of miles have been put on that poor tire, and maybe that’s why I’m being a little extra loyal to it.  Sure, it’s caused me to slide around corners and off the trail on occasion, but I’m having a hard time parting with it…

Even though I have a brand new one waiting for its turn. 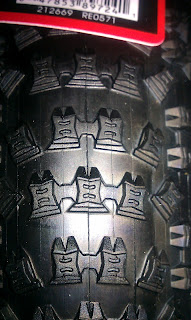 I’ve actually had enough free time, but as you may have learned yesterday I’m not very good at managing it.  Even my “training” isn’t really going as planned. 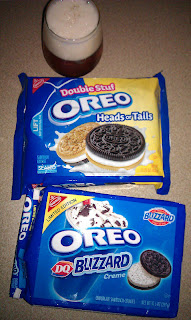 I have so much to do and plenty of time to do it, but I’m just being a slacker.  I guess tomorrow I’ll start planning to do something.

Or maybe I’ll put that off too.

I’m being way too lazy, especially in the middle of the season.  Maybe I need a break or something.

Is it loyalty or laziness that's keeping that tire on the bike..lol jk man thanks for the help with my blog.